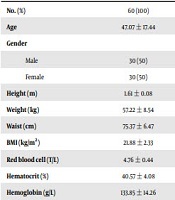 This study aimed to evaluate the TGF-β1 level in CKD patients and compare it with the healthy control group.

This cross-sectional case-control study was carried out on 212 subjects admitted to the Nghe An Friendship General Hospital in Vietnam from March 2018 to February 2020. The case group included 152 patients diagnosed with CKD caused by glomerulonephritis, and the control group included 60 healthy individuals. The TGF-β1 was determined in serum by ELISA method.

The concentration of TGF-β1 in the CKD group was higher than the control group so that it increased early from the first stage of the disease.

The transforming growth factor-beta 1 (TGF-β1) is essential for normal development, repair of the organization, and maintenance of the organ function. However, an increase in the concentration of TGF-β1 causes pathological changes in chronic kidney disease (CKD). In human glomerulonephritis, such as focal segmental glomerulosclerosis (FSGS), IgA glomerulonephritis, sickle-shaped glomerulonephritis, lupus glomerulonephritis, and diabetic nephropathy, TGF-β1 plays an important role in contributing glomerular sclerosis (1-4). The main feature of these pathologies is the excessive accumulation of extracellular material and the increased effect of TGF-β1 in the glomerulus and interstitial nephropathy. In the glomerulus, TGF-β1 contributes mainly to the transformation of the glomerular membrane, fibrosis, and glomerular sclerosis. In the renal tubules, TGF-β1 is involved both directly and indirectly in tubular degeneration (5). Several studies have demonstrated the increase of TGF-β1 in CKD patients (6, 7), leading to a new therapy in the prevention and treatment of CKD (8). This study aimed to evaluate the serum level of TGF-β1 in CKD patients and the related changes during other stages of the disease.

This study aimed to evaluate the TGF-β1 level in CKD patients and compare it with the healthy control group.

This cross-sectional case-control study was carried out on 212 subjects admitted to the Nghe An Friendship General Hospital in Vietnam from March 2018 to February 2020. The case group included 152 patients diagnosed with CKD caused by glomerulonephritis, and the control group included 60 healthy individuals. The case group was divided into two small groups based on eGFR value (the CKD group with the eGRP ≥ 60 mL/min/1.73 m2 and the CKD group with eGRP < 60 mL/min/1.73 m2).

The inclusion criteria were: age ≥ 18; having one of the following symptoms: (1) markers of kidney damage such as albuminuria (ACR ≥ 30 mg/g), or urine sediment abnormalities, or electrolyte and others abnormalities in tubular disorders, or abnormalities detected in histology, or structural abnormalities detected in imaging, or edema, or hypertension; and (2) decreased estimated glomerular filtration rate (eGFR) < 60 mL/min/1.73 m2 presented for more than three months (KDIGO 2012).

Exclusion criteria were: (1) pregnancy; (2) transplantation; (3) diabetes mellitus (DM); (4) hypertension (HTN); (5) CKD caused by HTN or DM; (6) acute period of chronic kidney failure; (7) acute kidney failure; (8) patients who had heart diseases before CKD; (9) patients who had a fever during sampling phase; and (10) patients using statin, corticoid, and the drugs which increased creatinine clearance such as cimetidine, trimethoprim. The inclusion criteria for the subjects in the control group were: (1) age ≥ 18; (2) no history of kidney damage, HTN, and DM; (3) normal kidney function and structure; and (4) eGRP > 60 mL/min/1.73 m2.

The plasma of all subjects were collected to determine the concentration of urea and creatinine in the AU system (Beckman Coulter). The serum was used to qualify TGF-β1. The EDTA blood was collected to determine red blood cells, hematocrit, and hemoglobin. The clinical characteristics such as height, weight, body mass index (BMI), and waist circumference were also collected. The eGFR was calculated by using the CKD-EPI creatinine equation 2009, recommended by the National Kidney Foundation (NKF).

TGF-β1 was concentrated by double-antibody sandwich enzyme-linked immunosorbent assay (ELISA) with the reagent of DRG manufacturer (American, EIA-1864) in the Evolis Twin Plus automation machine (American). BMI was calculated as the ratio of the weight to the height (kg/m2).

The data were analyzed by Excel 2013 and SPSS software version 18.0. The non-normal quantitative variables were presented as median and quartiles (25th and 75th). The quantitative variables with normal distribution were presented as mean ± standard deviation, maximum, minimum. The difference between the means of the groups was calculated by the ANOVA test. The results were considered to be significant at P < 0.05.

4.1. Clinical Characteristic of the Subjects

Table 1. Characteristics of the Subjects a

Table 4. The TGF-β1 Levels in Five Stages of CKD

4.3. The Correlation Between TGF-β1 Levels and Other Characteristics

Table 5. The Correlation Between TGF-β1 Levels and Some Other Characteristics

The TGF-β1 has been considered as one of the main cytokines in the pathogenesis of renal inflammation and fibrosis (9). Some pathogenic evidence showed that the inflammation progressed silently and almost unrecovered in the CKD even during the early stage (10). TGF-β1 has been found to be increasing in CKD patients than in healthy individuals. Our results were similar to the reports of some other studies (11-15). Three main mechanisms increase the TGF-β1 in serum. First, the subjects of this study were CKD patients caused by glomerulonephritis, and the patients with CKD caused by other chronic diseases such as DM and HTN were excluded. With glomerulonephritis, the renal injuries often occurred with primary renal diseases due to some inflammation agents and the progression of the autoinflammation, so that inflammation were considered to be the main cause of CKD (16). Many inflammation cytokines, such as TGF-β1, had a motivating role in the progression of the disease. The TGF-β1 increase is associated with the increase of indoxyl sulfate in CKD patients, which is derived from protein in food. Some of the tryptophan from dietary protein is converted to indole by the tryptophanase of intestinal bacteria such as E. Coli indole, which is absorbed into the bloodstream from the intestine and is converted to indoxyl sulfate in the liver. Indoxyl sulfate is normally excreted in the urine. In patients with CKD with eGFR < 60 mL/min/1.73m2 serum, indoxyl sulfate increases due to decreased clearance. Research by Takashi Minyazaki et al. (cited in Niwa) demonstrated that indoxyl sulfate increases the synthesis of TGF-β1 of renal tubular cells, while indoxyl sulfate promotes the penetration of mononuclear leukocytes to the kidney and enhances synthesis into TGF-β1 (17). The third mechanism is an increase in LDL-cholesterol in CKD patients. Increased LDL-cholesterol and oxidative LDL induce the release of TGF-β1 from monocytes and macrophages. The fourth mechanism is the low-grade chronic inflammation that occurs in the early stages of CKD, which increases synthesis and releases TGF-β1.

Our results showed the TGF-β1 level of CKD patients in Vietnam, which is a developing country with an increasing trending of CKD. Some studies demonstrated that TGF-β1 level was different in different races, and it did not depend on age and gender (18, 19). Meanwhile, other studies investigated the CKD caused by HTN and DM. Our research focused on the CKD caused by glomerulonephritis. The main damages caused by glomerulonephritis were inflammation and fibrinoids, and the TGF-β1 levels were high, equal to the renal failure status.

The first limitation of this study was the cross-sectional study. The TGF-β1 level was not followed along with the progression of the disease. The second limitation was although this study had evaluated the TGF-β1 levels, it did not show the role of TGF-β1 in kidney damage and its relationship with other inflammatory cytokines and complement.

In conclusion, our findings showed a high level of the TGF-β1 in CKD patients compared to healthy individuals, and it appeared and increased from the earliest stage of the disease.

Copyright © 2021, Author(s). This is an open-access article distributed under the terms of the Creative Commons Attribution-NonCommercial 4.0 International License (http://creativecommons.org/licenses/by-nc/4.0/) which permits copy and redistribute the material just in noncommercial usages, provided the original work is properly cited.
download pdf 149.42 KB Get Permission (article level) Import into EndNote Import into BibTex
Number of Comments: 0