5 Department of Health in Disasters and Emergencies, School of Management and Medical Informatics, Shiraz University of Medical Sciences, Shiraz, Iran 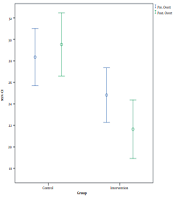 Non-pharmacological care interventions like aromatherapy can be cost-effective and efficient ways to reduce anxiety and adverse results before surgery.

In this study, the efficacy of aromatherapy on pre-operative anxiety in patients undergoing Percutaneous Nephrolithotomy (PCNL) referring to Peymaniyeh Hospital in Jahrom-Iran was the main goal.

This controlled-randomized trial was conducted on 38 patients that were randomly assigned to two groups: Control and Aromatherapy (Rosa damascena). The anxiety levels were recorded for all two groups the night before the surgery. On the day of surgery and after re-communication, patients were approached in a pre-operative holding area, and the intervention was performed. Data were collected over 11 months from June 2015 to May 2016.

The statistically significant difference after the intervention between the control and intervention groups indicated that Aromatherapy with Rosa damascene reduced the patient’s anxiety.

Pre-operative anxiety is one of the most common mental problems and disorders before surgery (1, 2). The patients experience anxiety before surgery because of a variety of reasons, such as fear of strangers, waking, death, and the aggressive nature of the surgery (3). The findings show that between 11% and 80% of adults experience pre-operative anxiety under surgeries (4). Super-Anxiety before surgery can cause psychological reactions, increase the prevalence of nausea and vomiting after surgery, and increase the need for painkillers and anesthesia in individuals (5, 6).

Traditional medications such as benzodiazepines, which have many side effects, are commonly used to treat anxiety before surgery (6). Due to the side effects of these drugs, methods that have minimal side effects should be used to reduce the patient's anxiety and relaxation (7, 8). Today, in many medical centers, the use of complementary and alternative therapies is expanding due to their low risk, cost-effectiveness, ease, and limited side effects in nursing care. One of the methods of complementary medicine is aromatherapy (9-11). Aromatherapy is the controlled use of aromatic oils to maintain and promote physical and mental health, which has been considered part of complementary medicine in nursing in other countries such as the United Kingdom, Germany, Canada, and the United States (12).

These aromatic molecules can affect the hypothalamus, the autonomic nervous system, and the endocrine system, which ultimately improves peripheral blood circulation, helps regulate blood pressure and respiration. Eventually, all of these things lead to a reduction in stress and anxiety (13). Rosa damascena originates in the Middle East and is used in ornamental, food, and medicinal plants (14). It is also known as one of the most important aromatic plants in the genus Rosaceae (15). Damask roses are currently found in the world, especially in Iran, India, Turkey, Europe, and Bulgaria, and are also known as the king of flowers (16-18).

Given the benefits of aromatherapy, the importance of surgical anxiety, and the limited number of studies that have examined inhalation aromatherapy with Damask rose, particularly in percutaneous nephrolithotomy (PCNL) patients, the research team reviewed this study intending to determine the effect of aroma intervention on the severity of pre-operative anxiety.

This double-blind randomized trial was performed according to Figure 1 from June 2015 to May 2016. A study by Kanani et al. (19) was used to estimate the sample size, and the following data were extracted: group 1 (mean ± SD) = 45.6 ± 11.8, group 2 (mean ± SD) = 36 ± 8.9. As a result, a total of 38 patients under PCNL surgery were randomly divided into control and aromatherapy (19 in each group) using a power formula with α = 0.05, power of 80%, and effect size = 92%. Both researcher and the patients were blinded to the allocation of treatment. Randomization numbers were created from the random number table. The consent was taken from the patients. 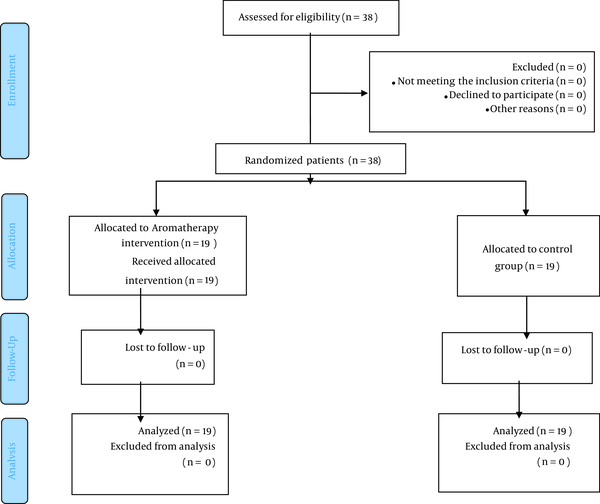 Figure 1. The Consort flow chart of the randomized trial.

PCNL patients with the following criteria were included in the study: lack of cancer and chronic pains, no allergies to fragrance substances, no proven problems with the sense of smell, non-addiction to drugs and alcohol, psychological health, interest in the scent of Damask roses, and at least primary-school education.

Two questionnaires were used to collect information: (1) Demographic Characteristics (sex, age, education) and (2) Spielberger STAI. The STAI was developed by Spielberger in 2009 and asked about general feelings and the level of anxiety. This scale evaluates the quality of tension, apprehension, and anger. The Spielberger STAI measures overt anxiety (a personality characteristic) and covert anxiety (anxiety level at a given moment). The Spielberger inventory consists of two 20 item questionnaires, one for overt and one for covert anxiety. Each of the 20 items is a statement, and the subject must indicate the statement’s applicability as being either not at all, somewhat, moderately so, or very much so. Mahram (20) measured the reliability of this scale in a normative statistical population through Cronbach’s alpha (α = 0.9452).

Demographic variables and the incidence of anxiety were recorded for all two groups the night before the surgery. On the day of surgery and after re-communication, Patients were approached in a pre-operative holding area.

In the intervention group, the cotton balls were stained with three drops of Rosa damascene oil and placed at a distance of 10 cm. Patients were asked to inhale cotton balls for 30 minutes. In the control group, all of the mentioned measures were performed using distilled water. The severity of anxiety was measured five minutes after the intervention. Also, patients’ family members were asked not to meet the participants in the intervention’s times. All nursing and medical procedures were similar for both groups. The comparison of statistical data was performed using SPSS version 16 at the significance level of P < 0.05.

Table 1. Comparison of the Mean Score of Overt Anxiety Within and Between the Groups in Prior and After the Intervention a

Table 2. Comparison of the Mean Score of Covert Anxiety Within and Between the Groups in Prior and After the Intervention a

Also, error bar diagrams emphasize the present finding by comparing overt and covert anxiety between the control and the intervention groups (Figures 2 and 3). Hence, the effect of Rosa damascene in reducing the patient’s anxiety becomes more perspicuous. 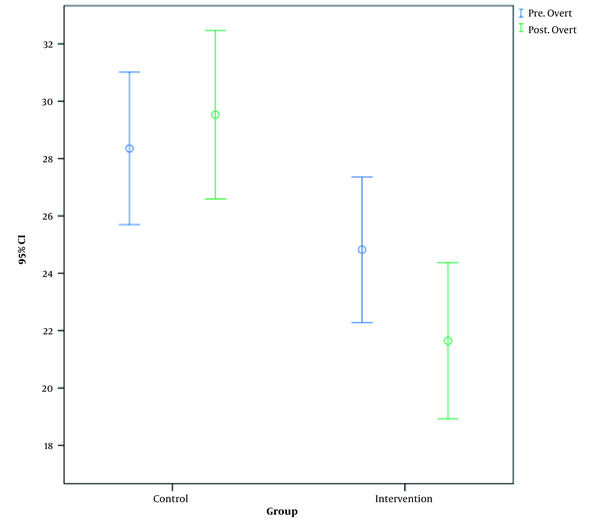 Figure 2. Error bar diagram of overt anxiety prior and after the intervention between the groups. 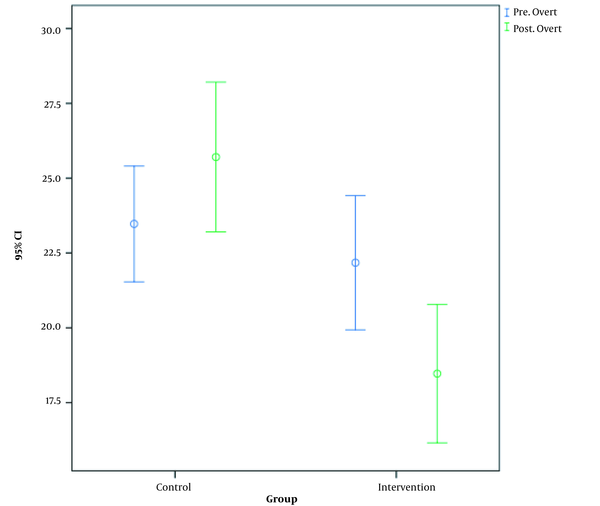 Figure 3. Error bar diagram of covert anxiety prior and after the intervention between the groups.

Our study showed that the level of overt and covert anxiety decreased significantly after aromatherapy with the Rosa damascene. In this regard, Dehkordi et al. showed that the rate of depression, anxiety, and stress has been significantly reduced by using aromatherapy with Damask rose oil (22). Nasiri et al. found that Damask rose inhalation and massage forms could reduce the severity of pain in adults (23). Hamdamian et al. stated that aromatherapy with R. Damascena reduced pain and anxiety in the first stage of labor (24). Also, several clinical trials have reported analgesic effects of Damask rose in various forms of administration, especially aromatherapy (25-27), which supported the results of our study.

However, some studies have reported results contrary to the present study. In a systematic review study, it was shown that there was no reduction in postoperative pain intensity compared to the control group after administration of Damask rose and ginger. The lack of reduction in postoperative pain can be attributed to combining Damask rose and ginger (28). Results of a study by Graham et al. in Australia showed that aromatherapy had not been effective in reducing the patients’ anxiety under radiotherapy. Researchers believe that this increase in anxiety is due to the association between a specific smell and the anxious experience of radiotherapy (29).

Our results suggest that Damask rose intervention could lead to significantly reduced anxiety levels. Also, aromatherapy with Damask rose is an easy, simple, safe, and effective method that can be used to reduce physiological responses caused by anxiety. This intervention is economically feasible for patients, and nurses can use it for individualized care to achieve relaxation for its short-term benefits.