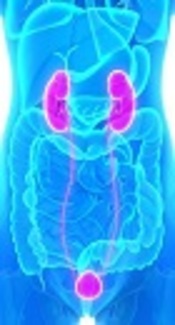 Although uncontrolled systemic hypertension is associated with poor survival and allograft outcomes in patients after renal transplant, nondipping systolic blood pressure at night is not identified as an independent factor for deterioration of renal function after renal transplant. Therefore, in this study, we aimed to evaluate the prevalence of nocturia and nocturnal polyuria in renal transplant patients.

This cross sectional study included 114 renal transplant patients above 18 years, who were referred to the nephrology clinics of Rasht, Iran in 2016. The patients were asked to collect 24-hour urine samples twice at home, once during the day and once at night. Urine volume, creatinine, sodium, osmolarity, and creatinine clearance of resting and working periods were measured. Monitoring of ambulatory 24-hour blood pressure was performed simultaneously, and findings including the mean arterial pressure (MAP) were evaluated during the day and night. Moreover, dimensions of the transplanted kidney, postvoid residual (PVR) urine, and prostate size were evaluated by ultrasonography.

Renal transplant has been an effective treatment for end-stage renal disease, resulting in the improved quality of life and survival of patients (1). This treatment is more cost-effective than dialysis (2), and its prevalence is increasing among people. In patients undergoing renal transplantation, urine volume increases during the night (3). In healthy adults, nights are associated with a significant decrease in urine production and excretion of water and soluble substances (4). Nocturnal polyuria refers to the excessive excretion of urine at night. The normal range of nocturnal urine volume appears to be wide in large populations with a narrower age range. Overall, it has been established that nocturnal polyuria is a component of nocturia (5).

Normally, blood pressure shows a circadian rhythm, with higher levels during the day and lower levels at night. In healthy people, systolic and diastolic blood pressure usually reduces by approximately 10% at night (dipping). On the other hand, nondipping refers to the absence of blood pressure reduction at night. Overall, nondippers face more tissue damage, strokes, dementia, left ventricular hypertrophy, and microalbuminuria, compared to others (6-8).

Several studies have suggested that nondipping can prompt a decline in glomerular filtration rate (GFR) among patients with or without chronic renal diseases (9, 10). Renal transplant recipients often complain of an abnormal increase in urinary output at night, leading to sleep disorders and reduced efficiency during the day (11). Some studies have shown an inverse circadian rhythm in urine production after renal transplant (12-15). Moreover, some studies have introduced bladder dysfunction, renal denervation, psychological stress (16, 17), and nocturnal nondipping blood pressure as the etiological factors. However, findings are limited and the underlying pathophysiological mechanisms are not well-defined (11). In addition, more excretion of sodium and absorption in edema have been suggested at night.

According to some studies, although uncontrolled systemic hypertension is associated with poor survival and allograft outcomes of patients after renal transplant, nondipping systolic blood pressure at night is not recognized as an independent factor for deterioration of renal function after renal transplant (18-20). Therefore, we aimed to evaluate the prevalence of nocturia and nocturnal polyuria and to determine some of the associated factors in patients undergoing renal transplantation.

This cross sectional study included 128 renal transplant patients above 18 years, who were referred to nephrology clinics in 2016. Recipients who had undergone renal transplant at least 1 month ago and had a creatinine level below 2 mg/dL were included in the study. On the other hand, the exclusion criteria were as follows: 1, diabetes mellitus (DM) or diabetes insipidus (DI); 2, use of diuretics; 3, urinary tract infection or obstruction; 4, urinary catheterization or nephrostomy; and 5, clean intermittent catheterization (CIC).

The patients’ information, including demographics (eg, age and sex), dialysis duration before renal transplant, transplant duration, underlying cause of renal failure, immunosuppressive drugs, and peripheral edema, was collected. The patients were asked to collect 24-hour urine samples at home in 2 separate bottles at 2 intervals, ie, from wakeup time in the morning (after 1 micturition) until sleep time at night (working time; day bottle) and from sleep time at night until wakeup time in the morning (resting time; night bottle).

Since we aimed to assess the hemodynamic effects on urine volume, it was necessary to keep the circadian rhythm intact. We asked the patients to collect the urine samples in the day bottle since their wakeup time in the morning until night. They were asked to go to bed 1 hour before the usual time and collect their urine in the day bottle at the time of sleep. They were also asked to collect their urine in the night bottle; the first urine sample in the morning after waking up was considered as part of the nocturnal interval.

Patients were classified into 3 categories, based on the nocturnal decline in MAP: dippers (ΔMAP > 10%), nondippers (0 ≤ ΔMAP ≤ 10%), and reverse dippers (increased nocturnal MAP). The serum level of cyclosporine was also measured. Dimensions of the transplanted kidney, postvoid residual (PVR) urine, and prostate size were evaluated by a radiologist, using ultrasonography (model Aplio300; Toshiba). PVR below 50 cc (normal PVR) is suggestive of sufficient emptying of the bladder (21). Overall, the normal kidney size is 10 - 12 cm in length and 4 - 5 cm in width (22). Also, the normal size of prostate is less than 25 - 30 mL (23).

Comparison of gender among patients with and without nocturia and nocturnal polyuria was not significant. The transplant duration and dialysis duration before renal transplant were not significantly different among patients with and without nocturia; similar findings were reported for nocturnal polyuria, underlying diseases, and edema. As the findings revealed, 92 patients were using cyclosporine, 14 patients were using tacrolimus, and 8 patients were on noncalcineurin inhibitors. Table 1 demonstrates the background information of the patients.

Table 1. The Demographic Information of the Patients

Table 2. The Results of Analyses Among Patients

Nocturia and nocturnal polyuria are symptoms of a variety of pathological conditions, including DM (24), cardiovascular diseases (25), renal diseases (26, 27), and enuresis (28). It seems that different pathological mechanisms are responsible for abnormal circadian rhythm in diuresis (11). In children with enuresis, lack of a nocturnal increase in arginine vasopressin (AVP) level, disorders in hormones regulating renal sodium (aldosterone and angiotensin II), and overproduction of prostaglandin E2 (PGE2) have been reported (28-31). The overnight decrease in blood pressure leads to an increase in AVP (32). Therefore, increased blood pressure, even an overnight increase in MAP, may inhibit AVP release from the hypothalamus and result in higher levels of urination during the night (11).

The observed discrepancy between the mentioned study and the present research may be attributed to differences in the study population and sampling methods. In our study, diabetic patients were not recruited, whereas in the mentioned study, diabetic patients were also evaluated. However, in consistence with the previous study, nocturia and nocturnal polyuria were not significantly correlated with gender and renal transplant duration (33).

The correlation of nocturia and nocturnal polyuria with average dialysis duration before renal transplant was not significant in our patients (P = 0.19 and P = 97, respectively). This finding was incompatible with a previous study, indicating a significantly longer dialysis duration before transplant in patients with nocturia and nocturnal polyuria (33). This incompatibility is probably due to differences in the average dialysis duration before renal transplant (5 years in the mentioned study vs. 17 months in the present study). Patients waiting for renal transplant, who undergo dialysis, often have decreased urine output and lower urinary tract dysfunctions (34), such as urinary frequency, nocturia, and low bladder compliance. Since patients in the mentioned study had a longer dialysis period before transplant than those in the present study, lower bladder compliance and dysfunction were reported; our findings are consistent with this study.

Since most of our patients had no edema (111 out of 114 patients), peripheral edema was not correlated with nocturnal polyuria and nocturia (P = 0.86 and P = 0.97, respectively). Moreover, nocturia and nocturnal polyuria were not significantly correlated with the transplanted kidney size and prostate size. A previous study, performed on 30 500 men for prostate, lung, and colorectal cancer screening, concluded that the posterior surface of the prostate on digital rectal examination (DRE) was significantly correlated with nocturia on multiple analyses (35). The difference between the present and latter studies may be due to the use of ultrasonography for evaluating the prostate size in our study, which is more accurate than DRE.

In our patients with nocturia and nocturnal polyuria, the number of nondippers and reverse dippers was significantly higher than dippers (P < 0.001; OR, 1.05 in nocturia; OR, 1.06 in nocturnal polyuria). Overnight blood pressure nondipping was associated with decreased day-to-night urine volume ratio in renal transplant recipients. This finding is suggestive of rhythmic disorders in blood pressure among transplant recipients. Previous studies have also shown the effect of overnight hypertension on overnight micturition. Moreover, the following observations were reported: a significant decrease in day-to-night urine volume ratio, a significant increase in night MAP, an insignificant increase in day MAP, abnormal circadian rhythms, and disorders in the 24-hour blood pressure profile with a nondipping pattern (11, 32, 36-39).

This research was supported by the urology research center, Guilan University of Medical Sciences, Rasht, Iran. This study was extracted from the MD thesis of Dr. Seyedeh Narjes Mozafari Chenijani.

Copyright © 2017, Nephro-Urology Monthly. This is an open-access article distributed under the terms of the Creative Commons Attribution-NonCommercial 4.0 International License (http://creativecommons.org/licenses/by-nc/4.0/) which permits copy and redistribute the material just in noncommercial usages, provided the original work is properly cited.
COMMENTS