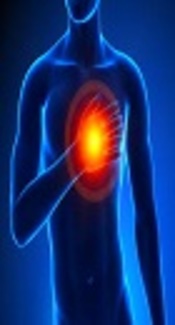 Left bundle branch block (LBBB) is an important and independent determinant of mortality among patients with cardiovascular disease (CVD). Close follow-up and management of isolated LBBB to prevent cardiomyopathy is controversial.

In this retrospective cohort study, patients with isolated LBBB, with no concomitant evident cardiac disease, or risk factors of heart failure with reduced EF such as hypertension or diabetes mellitus (DM) were included. The mean follow-up of the patients was 56 months. At the onset of the study, coronary angiogram and EF of the patients were normal. Patients with reduced EF underwent coronary angiogram at the end of their follow-up interval.

In this study, 36 patients, with the mean age 62.1 years (45 - 81) were followed. LV ejection fraction (EF) was reduced in 24 patients, and the other 11 patients continued to have a normal EF during the follow-up. The follow-up interval between the 2 groups was not statistically different (Mann-Whitney, P = 0.9). Most of the patients with reduced EF were male (Mann-Whitney, P = 0.01). New- onset HTN had a negative correlation with a decrease in EF% (Spearman correlation coefficient = -0.36, P = 0.031). Based on surface ECG parameters, 8 new notched-QRS were detected, all of which had decreased EF during follow-up.

Not all patients with isolated LBBB develop cardiomyopathy at a definite time interval. Male gender, notched-QRS in ECG, and longevity of conduction delay are important predictors of cardiomyopathy among these patients. They may benefit from anti-remodeling drugs and routine close follow-ups with echocardiogram.

The prognostic implication of isolated or so-called “benign-LBBB” and management of LBBB-induced cardiomyopathy are still challenging. Bulk of evidence from clinical and experimental studies show adverse effect of mechanical dyssynchrony (5) on left ventricular (LV) function (6, 7).

Degeneration of conduction system in the absence of structural heart disease and undetected ischemic or valvular heart disease may play an important role in development of isolated LBBB (8). The underlying mechanism in which LBBB causes LV dysfunction is ascribed to delaying and altering LV contraction (9). Septal hypo perfusion, as a result of reduced septal workload, LV dilation, and asymmetric hypertrophy were described as the basic pathophysiologic reasons of “LBBB-induced cardiomyopathy” (6).

In this study, we aimed at emphasizing the importance of close follow-up of isolated LBBB patients. As these patients may develop cardiomyopathy, preventive and therapeutic measures may be necessary. Based on this small sample cohort, we tried to reveal some important predictors of LV dysfunction in isolated LBBB. Authors believe that duration of isolated LBBB is an important risk factor for cardiomyopathy. Important factors such as baseline ECG (notched QRS), gender, and age may somehow precipitate its progression. Future studies with larger sample size are needed to better evaluate the course of isolated LBBB.

This study was conducted according to Helsinki ethics, and informed consent was taken from patients at their time of admission, and they were informed their data will be used anonymously for clinical research purposes.

Demographic, clinical, and electrocardiographic data of the patients were retrieved from our databank. To conduct this retrospective cohort study, we invited patients by phone call or email. All patients had echocardiogram after the follow-up interval, and those with reduced EF underwent coronary angiography again.

Data were analyzed with PASW statistics 18. A 2-tailed. P value of less than 0.05 was considered statistically significant. Quantitative variables were reported in mean ± SD, maximum and minimum. Kolmogorov-Smirnov (K-S) test was used to evaluate the normality of the distribution. Nonparametric tests were used for K-S P value ≤ 0.05. Spearman correlation coefficient was reported to evaluate 2 qualitative variables. Wilcoxon test was done to compare 2 related samples. Mann-Whitney test was used to compare 2 independent samples.

In the present study, 36 patients, with the mean age of 62.1 years (45 - 81) were followed. The mean follow-up of the patients was 56 months and 1 female patient died within this period due to lung cancer. LV ejection fraction (EF) was reduced (EF < 50%) in 24 patients (24/35; 68.5%), and the other 11 patients remained normal-EF during the follow-up. Moreover, follow-up interval was not statistically different between patients with reduced and normal EF (Mann-Whitney, P = 0.9). Male dominancy was evident and significant among patients with reduced EF (Mann-Whitney, P = 0.01). The interval of the follow-up was not significantly different between male and female patients (Mann-Whitney, P = 0.26). Based on surface ECG parameters, 8 new notched-QRS were appeared, all of which had decreased EF during follow-up; this may convey the association between notched QRS and LBBB-induced cardiomyopathy. No gender preference was detected between patients with or without notched-QRS (Mann-Whitney, P = 0.21). Other ECG parameters such as PR interval, QT interval, and QRS duration had no significant difference between first and last ECG (Wilcoxon P value 0.28, 0.23 and 0.72, respectively).

Among all patients, 8 new HTN were detected during the follow-up and anti-hypertensive drug (ACE inhibitors, losartan) was started. Among patients with new HTN, 3 had reduced EF and 5 remained in normal EF group (Chi-square, P value 0.045). New onset HTN had a negative correlation with a decrease in EF% (Spearman correlation coefficient = -0.36, P value = 0.031). Anti-hypertensive drugs might have played a protective role. New atrial fibrillation (AF), DM, and valvular heart disease (VHD) were not significantly related to reduced EF (Spearman, P value 0.33, 0.94 and 0.33, respectively) (Table 1).

In about 40% of the patients with heart failure, the cause is unclear even after coronary angiography. Appropriate management and decisions require identification of the underlying disease (10). In a recent study in postmenopause women, LBBB was found to be a strong predictor of heart failure (11).

Bundle block and resulting contraction dys-synchrony may expose myocardium to malfunction. In a previous study by Zhang et al. in 2015, isolated right bundle block was found to be associated with impaired right ventricle function (12).

LBBB, if present for a noticeable period of time, causes functional contraction disturbance. Indeed, the exact time from primary conduction delay to onset of heart failure symptoms is unclear. This LV dys-synchrony may cause dilated cardiomyopathy (DCM) in some patients in long- term (13). Some authors justify the scenario with the underlying disease, which is a progressive state, in a continuum of conduction defect to myocyte dysfunction. Others may relate adaptation of the myocardium to altered mechanical work and consequence of blood redistribution that causes abnormal contraction (14).

Based on Framingham data (15), in a subset of patients, acquired LBBB may lead to chronic heart failure. Different individual hearts have different degrees of ventricular remodeling in response to conduction disturbance. Therefore, the question about the predisposing factors of this conduction abnormality (function abnormality) is still on the table. A published article conducted in 2017, focused on cardiac MRI and scar burden in LBBB patients to predict their future outcome (16).

Based on our results, males are more susceptible to HF with reduced EF. In a previous study by Masoudi et al., heart failure with preserved EF was mostly seen in females (17).

In our study, new onset HTN, which was defined as newly detected HTN during follow- up, was inversely related to EF reduction. All these patients were on losartan or valsartan after HTN diagnosis. Thus, we think anti-remodeling drugs such as ACE inhibitors/ARB may play an important role in preventing LBBB-induced cardiomyopathy.

Beyond all mechanisms, clinicians should be aware of this entity, and follow their otherwise healthy patients. The incidence of LBBB was reported to be 1% in the general population (19) and 1% to 3% at age 65 (20). If we include isolated-LBBB as a marker for stage B heart failure (structural heart disease with no symptom), the prevalence of CHF may be even higher than previous considerations.

Data on appropriate management of these patients at asymptomatic stages is sparse. An interesting study was published in this field in the journal of the American college of cardiology in 2013 (21). Isolated LBBB was considered a reversible cause of cardiomyopathy in that study and cardiac resynchronization therapy (CRT) was suggested as a good therapeutic method.

Not only systolic dysfunction but also LV diastolic impairment was proposed to be mortality burden in isolated LBBB (20). Echocardiogram is the most feasible tool to detect the earliest signs of LV dysfunction in this group of patients. Different echocardiography methods have been proposed to evaluate systolic function in LBBB patients. Conventional echo may find no impairment in these patients; however, myocardial performance index (MPI), which combines systolic and diastolic functions, will show functional disturbance (22). Unfortunately, we did not evaluate our 11 patients with preserved EF with this method. In addition, longer follow- up period may reveal EF reduction among these 11 patients.

Isolated-LBBB, as the primary conduction delay, besides hypertension, diabetes mellitus, valvular heart disease, and coronary artery disease should be considered an important predisposing factor of chronic heart failure. Not all patients develop cardiomyopathy at a definite time interval. Male gender, notched-QRS in ECG, and longevity of conduction delay are important determinants of cardiomyopathy among patients with isolated LBBB. As a hypothesis, these patients may benefit from anti-remodeling drugs and routine close follow-ups with echocardiogram. However, any kind of drug prescription needs studies with larger sample size and clinical trials. At the time being, the interval between onset of the LBBB and occurrence of the cardiomyopathy is unclear. Many factors may accelerate or slow its progression, and thus further studies are needed.

We could not report any kind of causality in this study due to small sample size, unequal follow-up period for each patient, retrospective design, and lack of a control group. In addition, patients with isolated LBBB at the beginning of the study may have conduction delay from many months/years before admission, which was not registered in our database. Detailed basic echocardiographic reports of the patients were not available; hence, other parameters of the echocardiogram were not compared before and after the follow-up.

Copyright © 2017, Thrita Journal. This is an open-access article distributed under the terms of the Creative Commons Attribution-NonCommercial 4.0 International License (http://creativecommons.org/licenses/by-nc/4.0/) which permits copy and redistribute the material just in noncommercial usages, provided the original work is properly cited
download pdf 107.88 KB Get Permission (article level) Import into EndNote Import into BibTex
Number of Comments: 0