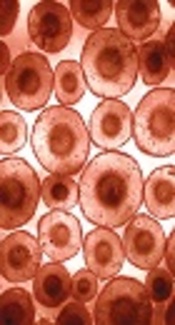 Peripheral blood mononuclear cells (PBMC), as the main extrahepatic reservoir of HCV infection, play an important role in HCV progression. Numerous host microRNAs (miRNAs) are probably involved in HCV entry, the formation of viral infection, and the multi step development of chronic Hepatitis C infection. Several disease-associated miRNAs in PBMC have been reported in previous studies. To make a clear view of all miRNAs, which are involved in acquisition of hepatitis C virus infection, we aimed to do a literature review and categorized all miRNAs in different sources of HCV including serum, hepatocytes, and PBMCs.

Using main indexing sources, we searched about “hepatitis C” and “microRNA” in 51 papers, which the roles of different miRNAs involved in HCV infection from pathogenesis to experimental designs were studied.

We categorized a complete list of all miRNAs involved in the acquisition of the HCV infection based on the mechanism and source of detection of miRNAs. This may reflect the potential predictors of SVR using miRNAs especially detected in PBMCs versus normal hepatocytes.

The hepatitis C virus (HCV) infection is one of the most important causes of chronic liver diseases, cirrhosis, and hepatocellular carcinoma not only in Iran (1-3), but also in over 150 million people throughout the world. HCV infection could be treated using different regimens such as combination of Peginterferon and Ribavirin from 24 to 72 weeks or adding new direct-acting antiviral agents (DAA) including Sofosbuvir and Ledipasvir (4, 5). One of the main goals of treating HCV infected patients is achievement of sustained virological response (SVR) after a course of treatment, which may happen in nearly half of the patients treated with Peginterferon and Ribavirin (6). Several host and viral factors have been reported as significant predictors of response to anti-HCV therapy. Host factors such as, age, gender, insulin resistance, host immune response, and genetic predisposition may significantly affect treatment outcome (6, 7). To make a clear view of all microRNAs (miRNAs), which are involved in acquisition of HCV infection, we aimed to do a literature review and categorized all miRNAs in different sources of HCV including serum, hepatocytes, and PBMCs.

By searching in PubMed as well as Scopus, and using medical subject headings (MeSH) “hepatitis C” and “microRNA”, on 11/1/2017 we found 378 papers, of which 51 papers were selected for further review so that they studied roles of different miRNAs, which were involved in HCV infection from pathogenesis to experimental designs. Excluded were those of HCC or other liver disorders. We specifically focused on finding the source of detection of miRNAs including serum, hepatocytes, and PBMCs. This review identified 54 miRNAs that may play a role in HCV lifecycle, pathogenesis, host response to infection, and detection of various disease states that are relevant to the HCV infection.

Although the main storage of HCV RNA is hepatocytes, HCV is able to infect and begin a replication cycle in PBMC where they act as a virus reservoir (4). Till now, many studies tried to prove the hypothesis that the presence of HCV RNA in PBMC influences the chance of SVR in chronic HCV patients (6, 8-10). In fact, looking for HCV RNA in both plasma and PBMC during treatment courses with Peginterferon and Ribavirin has a clinical reputation because it affords proper data on HCV replication during antiviral therapy (6). Many studies showed that clearance of HCV RNA in serum is a more reliable method of prediction of SVR in the early weeks during treatment, whereas its detection in PBMC could be a useful method at the late months of treatment (8, 10, 11). We recently concluded that the best method of detecting HCV RNA in treated patients with Peginterferon and Ribavirin at 4 and 12 weeks of treatment could be serum RT-PCR for HCV RNA, while the most accurate method after 24 weeks of treatment is using PBMCs for detection of HCV RNA (12, 13).

During the recent decade, it has become more apparent that together with genetic predisposition, epigenetic factors such as miRNA expression is able to give an utmost important contribution to the pathogenesis of different diseases. The miRNAs are a class of small endogenous 19 - 25 nucleotide long, 22 ribonucleotides, non coding RNAs molecules, which are regulating a wide range of other genes by blocking the translation of complementary mRNAs (14). MiRNAs are extremely important in a broad range of physiological and pathological pathways and, as master modulators of gene expression, they are instrumental in up or down regulation of immune system development, normal immune functions, and autoimmunity. Essentially, miRNA is defined as a sequence-specific leader that directs the miRNP complex to target sites in mRNAs where the complex mediates the regulation of mRNA half life or activity (12).

HCV, a member of Hepacivirus in the family of Flaviviridae, contains a single strand RNA genome of positive orientation that replicates in the cytoplasm of hepatocytes (12). The single open reading frame of the virus genome is translated under the control of an internal ribosome entry site element in the 5’UTR. The 3’UTR of the HCV RNA genome is not only involved in the replication but also stimulates HCV translation (12). Numerous host miRNAs are probably involved in HCV entry, the formation of viral infection, and the multi step development of chronic hepatitis C infection (15). They are implicated in the pathogenesis, therapeutic aspects, and diagnosis of viral infections (16). These miRNAs are associated with the clinical and pathological features of liver disorders, such as hepatitis B, hepatitis C, cirrhosis, and HCC metastasis and recurrence. HCV RNA replication is dependent on a liver specific miRNA, which is miR-122 (17). HCV employs the liver specific mR-122 to endorse its replication. Due to the fact that miR-122 makes up 60% to 70% of all miRNA in hepatocytes, it is barely expressed in other tissues, it is considered to significantly contribute to the liver tropism of HCV. The HCV genome contains several miR-122 target site sequences (12). Regarding HCV infection, miR-122 became the best known pro-viral factor due to its high abundance in liver and exerting a positive in vitro effect on HCV replication through the direct interaction with the 5’ UTR region of viral genome (18). The miR-122 expression might be responsible for the regulation of the cholesterol metabolism in mammalian organisms (18). Overexpression of miR-122 was related to inhibition of the IFN signaling pathway. Remarkably, reagents that can down regulate miR-122 had entered clinical developments for HCV treatment (15).

Metabolic pathways including cholesterol and other derivatives of the mevalonate such as geranylgeranyl pyrophosphate and lipoproteins show an indispensable character in HCV life cycle and seem to be essential for HCV uptake, formation, and replication of new viral elements. HCV infection induces significant reduction in serum total cholesterol, low-density lipoproteins, as well as high density lipoproteins. Omran et al. found increased expression of miR-122 in Egyptian chronic HCV patients and concluded that miR-122 could assist as one of the novel noninvasive biomarkers of early liver fibrosis (17).

Other miRNAs also reported to interact physically with the HCV genome and attenuate viral replication, i.e. miR-196, let-7b, miR-448, and miR-199. Among HCV infected patients, lower expression levels of miR-29 observed in hepatocytes, while its overexpression prevents viral RNA replication in HCV infected hepatocytes (15). The miR-130a expression was up-regulated in liver biopsies from HCV patients and hepatocytes (15). Liver fibrosis is the most common final pathway of chronic liver diseases, which is predisposed by the nuclear factor kappa B signaling pathway. The miR-155 was shown to have a negative effect on regulation of NF-κB pathway through targeting different proteins, including myeloid differentiation primary response gene 88 (MyD88) (15). Meanwhile, miR-199a, miR-16, and miR-223 were able to regulate the NF-κB pathway by targeting key signaling protein genes (15).

Peripheral blood mononuclear cells, as the main extrahepatic reservoir of HCV infection, play an important role in HCV progression (18). HCV core induces STAT3 as a result of the alteration of inflammatory response by antigen-presenting cells via an IL-6 autocrine pathway (4). There are several disease-associated miRNAs in PBMC, which are reported in previous studies (19).

Both miRNAs: 146a and 155, are not only abundantly present in PBMCs but also play a key regulatory role in the inflammatory processes and in the immune response to viral infections mediated by type I interferon (18). The significant dysregulation of miR-155 expression seems to be in response to the chronic HCV infection. Fognani et al (14) studied the role of miRNA profile modifications in HCV-related mixed cryoglobulinemia and showed that specific miRNAs in PBMC from HCV patients who developed mixed cryoglobulinemia (MC) and/or non-Hodgkin’s lymphoma (NHL) are modulated differently. They concluded that the specific, reversible down regulation of miR-26b strongly suggests the key role it plays in the pathogenesis of HCV-related LPDs and its usefulness as a biomarker of the evolution of HCV infection to these disorders (14).

A mutual expression profile was found for 3 miRNAs frequently associated with neoplastic disorders (onco-miRNAs): miR-21, miR-16, and miR-155. Indeed, these miRNAs were up regulated in PBMCs from NHL patients, whereas comparable expression levels were recorded in HCV, MC, and healthy controls. This observation suggests the potential utility of the analysis of the onco-miRNA expression profile in HCV patients with suspected lymphomatous evolution (14).

PBMCs play an important role in HCV progression. HCV core induces STAT3 as a result of the alteration of inflammatory response by antigen-presenting cells via an IL-6 autocrine pathway (4). Moreover, HCV-specific T cells activate and express Fas ligand, which transduces the apoptotic signal to kill Fas-bearing hepatocytes. There are several disease-associated miRNAs in PBMC reported in different studies. Recently, induction of PBMC-miR-155 was found in patients with chronic HCV infection (4). Thus, expression levels of miRNAs in PBMC may correlate to treatment outcome to anti-HCV therapy and potentially serve as non-invasive markers. Hsi et al concluded that PBMC-miR-125b, but not hepatic and circulating miR-125b, may play an important role in the pathogenesis and treatment response to peginterferon/ribavirin for chronic HCV-1 infection (4). Increased expression levels of PBMC-miR-155 has been associated with chronic HCV infection, but not in those that responded to antiviral therapy (4).

A complete list of all miRNAs involved in acquisition of hepatitis C virus infection can be found in Table 1 based on the mechanism and source of detection of miRNAs. This may reflect the potential predictors of SVR using miRNAs especially detected in PBMCs versus normal hepatocytes. The identified expression profiles of some miRNAs involved in HCV infection might offer important points to consider for the treatment of patients and their management around the world.

Table 1. List of All Probable microRNA May Predicted in the Pathogenesis of Hepatitis C Virus Infection

Copyright © 2017, Thrita. This is an open-access article distributed under the terms of the Creative Commons Attribution-NonCommercial 4.0 International License (http://creativecommons.org/licenses/by-nc/4.0/) which permits copy and redistribute the material just in noncommercial usages, provided the original work is properly cited.
download pdf 118.65 KB Get Permission (article level) Import into EndNote Import into BibTex
Number of Comments: 0