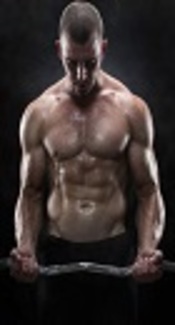 Different indices have been introduced to assess the anthropometric status and body composition.

This study was conducted to compare anthropometric indices in male and female athletes and non-athletes.

This cross sectional study has been conducted on 529 (324 men and 205 women) athletes (age, 32.8 ± 9.2 years) and 840 (457 men and 383 women) non-athletes (age, 33.9 ± 10.4 years) in fitness clubs in Ahvaz city. Individuals were selected by cluster sampling. Weight, body mass index, body fat percentage, waist-to-hip ratio, waist-to-height ratio and body surface area were measured. The relationship between anthropometric indices with body fat percentage was studied. Statistical analysis was performed using SPSS version 22. Normality of the data was assessed by using the Kolmogorov-Smirnov test. To compare variables between the two groups, the t-test and Mann-Whitney test were used. The relationship between anthropometric indices was assessed by linear regression.

The results of this study show that the use of appropriate anthropometric indicators can be influenced by gender and physical activity (athletes or non-athletes).

Due to high metabolism during the day and significant weight changes before the Championships, one of the major concerns in athletes is achieving the suitable weight and body composition. On the other hand, prescription of diet for athletes is required for accurate assessment of body composition [1]. In addition, due to the importance of the link between body fat and physical performance, determining the level of body fat in athletes is very important [2, 3]. Both high and low fat tissues can lead to unfavorable conditions for athletes [4]. The medical part of international olympic committee (IOC) has recommended the investigation in order to achieve a more accurate method of assessing body composition spread [5]. In the same field a lot of research is carried out in order to achieve a cheaper and more accurate method. According to the recent various studies, the use of waist-to-height ratio (WHtR) as a screening indicator in those who have a need for assessment of visceral obesity much more than body weight assessment, can be more useful than other indicators [6-8]. This is particularly important for the athletes, because the high weight of lean mass (muscle and bone) in athletes decreases efficiency of indicators based on body weight such as body mass index (BMI) [9].

This cross sectional study has been conducted on 529 athletes (324 men and 205 women) and 840 non-athletes (457 men and 383 women) in bodybuilding clubs in Ahvaz city. Individuals were selected by cluster sampling. The non-athletes group was matched according to age (with a two-year interval). The athletes were with at least three years training experience. The training frequency was at least one hour/day, three days/week [12]. Non-athletes were recruited via an advertisement. The subjects of the non-athletic group were aged between 20 and 40 years, non- smokers were currently taking no medication and performing no more than one hour of exercise per week. Descriptive characteristics of the groups are presented in Table 1. First, some explanations about the study were given to the participants. Then, the subjects signed a consent form to show that they agree to participate in the study. Anthropometric parameters in the fasting state were evaluated according to the standard protocols. Anthropometric measurement was performed by the expert persons. Weight (to the nearest 0.1 kg) and body fat percentages were measured by using the bioelectrical impedance method (in body 230, Biospace, Korea). Height (to the nearest 0.5 cm) was measured in a standing position without shoes by using a Stadiometer tape. BMI calculated by dividing weight in kilograms by height in meters squared. Waist circumference (WC) and hip circumference (HC) were measured by using a measuring tape. WC was measured at the midline between the lowest border of rib cage and iliac crest, while participants were in standing. HC was measured to the convex part of the hip while in the standing position. Anthropometric indices were calculated according to the following formula:

Table 1. Anthropometric Characteristics of Athletes and Non-Athletes Males and Females

Statistical analysis was performed using SPSS version 22 (SPSS Inc., Chicago, IL, USA). Normality of the data was assessed by using the Kolmogorov-Smirnov test. To compare variables between the two groups, the t-test (for variables with normal distribution) and Mann-Whitney test (for variables with non-normal distribution) were used. Data were expressed as mean ± standard deviation and percentage. The relationship between anthropometric indices was assessed by linear regression (Table 2). A P value less than 0.05 were considered as significant level.

Table 2. Correlations Between Body Fat Percent and Anthropometric Indices Among Men and Women Athletes and Non-Athletes

Liu et al. compared the capabilities of Body Roundness Index (BRI) and body adiposity index (BAI) and the old anthropometric indices to identify the metabolic syndrome in Chinese postmenopausal women. In addition, neither BAI nor BRI was superior to traditional obesity indices for predicting metabolic syndrome (Mets). BAI showed the weakest predictive ability, while BRI showed potential for use as an alternative obesity measure in the assessment of MetS [17].

Jiang et al. compared the anthropometric indices in relation to blood pressure in China. Their results showed that in both genders, visceral fat index (VFI) and body fat percentage (PBF) tended to rise with age. In younger men and women, VFI had the highest crude and adjusted odds ratio for hypertension. The area under curve (AUCs) for PBF, VFI and WHtR were significantly larger than those for BMI and WC. Whereas no statistically significant difference was found in AUCs among PBF, VFI and WHtR, additionally, VFI and PBF yielded the greatest Youden index in identifying hypertension in men and women, respectively [18]. Zhang et al.’s study showed that according to the IDF criteria, the WHtR was an index that most accurately identified individuals with and without MetS both in males and females [19].

Due to more muscle mass in athletes than non-athletes, weight-based anthropometric indices' performance in the detection of adipose tissue is reduced. Santos et al.’s study, which was recently conducted, is a study of the few studies that examined the relationship between anthropometric indices with fat mass in athletes. Their results indicated that BAI, ABSI, BRI and BMI have a weak correlation with body fat percentage in athletes. On the other hand, waist circumference and the sum of skinfolds were the anthropometric variables with the highest association with adiposity. In addition, it was reported that the relationship between weight-based anthropometric indicators (such as body mass index) with body fat in male athletes is significantly higher than female athletes [20]. Flegal et al. suggested Percentage body fat tended to be significantly more correlated with WC than with BMI in men and significantly more correlated with BMI than with WC in women. Also, WSR (waist-stature ratio) tended to be slightly more correlated with percentage body fat than was WC [21].

Consistent with our study, other studies have also reported poor relationship between body mass index and body fat percentage in male athletes [22, 23] On the other hand, some studies have identified the body mass index as a proper index in female athletes [24]. Ghane et al. reported that BMI from anthropometric indexes (WC, WHR, Tricept skinfold thickness, Leg skinfold thickness) had significant recipe with percentage of body fat in active and inactive girls. But, the WHR had a significant correlation only in inactive girls group [25]. Minasian et al. study reported that in comparison with boys (r = 0.61), BMI in girls showed Stronger association with body fat percent (r = 0.63) [26].

The different definition of fitness in male and female athletes can be one of the reasons for the introduction of BMI as one of the appropriate anthropometric indicators in female athletes (not in male athletes) in this study. In men, bodybuilder mostly tends to increase muscle mass that could undermine the application of weight-based indicators (such as body mass index); but in the female, bodybuilders mainly tend to lose weight. In this context, several studies showed that there is a stronger relationship between the BMI and fat tissue in women than in men [22].

According to the findings of our study, there is a strong relationship between waist-hip ratio with body fat percentage in men, and BMI with body fat percentage in women. Therefore, in the absence of more sophisticated methods to assess the anthropometric status, the use of mentioned indices (according to gender) is recommended. A similar study with a larger sample size and assessment of other anthropometric indices in various countries is recommended.

This study was financially supported by the student research committee of Ahvaz Jundishapur University of Medical Science (Director of the research project: Meysam Alipour, Grant94S32).

Copyright © 2018, Zahedan Journal of Research in Medical Sciences. This is an open-access article distributed under the terms of the Creative Commons Attribution-NonCommercial 4.0 International License (http://creativecommons.org/licenses/by-nc/4.0/) which permits copy and redistribute the material just in noncommercial usages, provided the original work is properly cited
download pdf 118.37 KB Get Permission (article level) Import into EndNote Import into BibTex
Number of Comments: 0