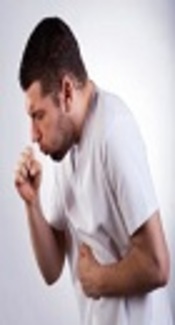 Two original methods for evaluation of response to tuberculosis treatment are sputum smear and culture. Sputum smear test has a low sensitivity and sputum culture is not available in many countries with endemic tuberculosis. There are some biomarkers diseases such as IgM anti-cardiolipin antibody which could be assessed for this purpose.

Therefore, we decided to measure the reduction rate of IgM anti-cardiolipin antibody during treatment of smear positive pulmonary tuberculosis (PTB) patients for monitoring response to treatment and then compare efficiency of this test with sputum smear conversion.

In this research study 30 sputum smear positive PTB patients were included by convenient sampling method and then their serum samples were taken before and after the first 3 months of anti-TB treatment for measurement of IgM anti-cardiolipin antibody serum level by Elisa method. Their serum level changes during treatment were analyzed by paired t test with SPSS software (ver.18).

The mean IgM anti-cardiolipin serum level during treatment showed significant reduction relative to its level at baseline in 27 (90%) of total patients (P < 0.0001). Also, this result was confirmed in both cavitary (P < 0.0001) and non-cavitary (P = 0.005) groups. The sensitivity of test (90%) was equal with sputum smear conversion rate in our study (90%) and was associated with clinical improvement in all of 30 cases (100%).

The reduction of IgM anti cardiolipin serum level during treatment, could be a reliable indicator of effective treatment and specially it may be applicable in PTB patients who have negative sputum smear test or cannot deliver sufficient sputum for evaluation of response to anti-TB treatment.

Tuberculosis is one of the oldest historical infectious diseases of humans which causes more than 50% mortality rate after five years [1]. Tuberculosis is a major health problem in our country and especially in our province (Sistan and Baluchestan). Incidence of tuberculosis in Iran has been reported about 13.4 cases per 100,000 population in Persian year 1387 (2008 - 2009), which most of them belongs to this province with 40 to 70 cases per 100,000 population in recent years. Then, the incidence of total reported cases of country has decreased to 12.6 with 6.25 smear positive PTB cases per 100,000 population in year 2015, while the above incidences in our province at the same time were 41.60 and 22.36, respectively, which had been the highest rate of TB incidence in our country [2]. Tuberculosis is also a major global health problem from many years ago [3].

For diagnosis of pulmonary Tuberculosis (PTB), microscopic sputum smear is a main method of diagnosis in addition to chest X-ray, clinical history and patient examination. The sensitivity of sputum smear with Ziehl-Neelsen stain is about 20 to 70 percent which needs at least 10,000 Mycobacterium Tuberculosis (MTB) bacillus in per milliliter of sputum for smear positivity [4]. Therefore, the sensitivity of sputum smear, that is recommended by WHO as a standard method, is low for diagnosis and also for monitoring response to anti-TB Treatment [5]. Some elderly and all the pediatric patients cannot produce sufficient sputum for smear and culture, even before starting treatment. Many patients cannot produce cough and sputum after 2 months of IPT for monitoring response to treatment. Also, 90% of patients who didn’t convert sputum after 2 months of IPT, were cured at the end of treatment, that indicates there isn’t complete correlation between this standard method and response to anti-Tb treatment. Sputum culture is a more sensitive method for diagnosis and monitoring response to anti-TB therapy, especially after the intensive phase of TB treatment (IPT), but it is not available in all developing countries and may be sometimes negative [5, 6]. The only WHO-recommended rapid diagnostic test for detection of TB and rifampicin resistance is the Xpert MTB/RIF® assay, that could be available in some of the TB involved countries. Of the 48 TB endemic countries, 15 of them had used Xpert MTB/ RIF as the first step diagnostic test for all people who were suspected with pulmonary TB until the end of 2015 [3].

However, it is more necessary for monitoring response to therapy in smear and culture negative sputum PTB cases to use suitable alternative methods. Also in tuberculosis endemic countries these new methods should be inexpensive, rapid and reliable and not associated with direct detection of mycobacterium bacillus.

Plasma membrane of MTB is composed of non-specific phospholipids and many exclusive phospholipids such as phenolic glycolipids, lipo-oligosaccharide and polyacyl trehalose. Acidic phospholipids in MTB cell wall are comprised of cardiolipin (CL), phosphatidylglycerol (PG), phosphatidyl inositol and also basic phospholipid like Phosphatidyl ethanolamine (PE) [7]. Some of these phospholipids are specific antigen for mycobacteria, so they may be important and favorable biomarkers for diagnosis and monitoring response to tuberculosis treatment [8].

B -1 B cell as a subgroup of B lymphocytes (5%) produce antibody against lipid component of above phospholipids [9]. They are located originally in the pleural and peritoneal membrane. They produce high levels of IgM against phospholipids without stimulation of T lymphocytes and because of property of no or little immunological memory of B-1 B cell (8,9), the IgM antibodies produced by them needs continuous replication of mycobacteria during active disease of TB, which results in continued stimulation of these cells by lipid antigen of phospholipids [9].

Therefore, rapid clearance of these antibodies will be induced after complete TB treatment. IgM anti-phospholipid antibodies produced by B-1 cell can make self and poly-reactive reaction. This property induces their rapid clearance from the patient blood [10-12].

Our purpose is to determine whether IgM antibody produced against one of specific phospholipids of MTB, cardiolipin, is a sensitive biomarker for TB treatment evaluation, by measuring the reduction rate of IgM anti-cardiolipin after the first three months of anti-TB treatment. So, we should specify if it may be a reliable indicator of response to anti-TB therapy and thus this new serologic test could act as a proper alternative method for the old and standard sputum smear conversion test, especially in PTB patients who cannot produce sputum as in elderly and pediatric patients or who initially are sputum smear negative [13].

This is a research study that 30 sputum smear positive PTB patients, who referred to Bu-Ali infectious disease hospital in Zahedan city in southern-east of Iran, were included by convenient sampling method. Then, their serum samples were obtained before beginning and after the end of 3 months of anti-TB therapy (including 2 months of intensive phase of therapy plus one month of maintenance therapy in cat-1). All the patients were evaluated for lung cavity presence with chest X-ray at the first step and in some cases also with chest CT-scan. Thus, the patients were categorized as two groups of cavitary or non- cavitary PTB cases and also in 2 groups of 2+ and 3+ sputum smear positive rate. Serum samples were separated by 10,000 rpm centrifuge from blood samples of patients which were obtained before and after the first 3 months of anti-TB treatment. At last, they were screened for level of IgM antibody against cardiolipin phospholipid by Elisa method (Generic assay Co.). The brand of Elisa kit was AESKULISA Cardiolipin-GM which is a solid phase immunoassay employing highly purified cardiolipin plus native human β2-glycoprotein I for the quantitative detection of IgG or IgM antibodies against cardiolipin in human serum with product reference of 2204. Then, the results of IgM anti cardiolipin serum level were analyzed with SPSS (version18) by paired t test and also were expressed by mean and standard deviation indexes for descriptive data. The mean IgM anti-cardiolipin serum levels of before and during anti-TB therapy were compared and its difference analyzed in all cases, based on sputum smear positivity rate and presence of cavity in chest X-ray and/or chest CT-Scan by paired t test. Also for determining efficiency of IgM anti-cardiolipin serum level reduction for monitoring response to anti-TB treatment, its association with sputum smear conversion and clinical improvement rate was evaluated during anti-TB treatment.

Table 1. IgM Anti-Cardiolipin Serum Level of PTB Patients Before and After the First 3 Months of Treatmenta

According to WHO and national anti-TB treatment guideline, the standard method for monitoring response to TB treatment is based on sputum smear and culture conversion after two and three months of IPT in category 1 and 2 of anti-TB therapy, respectively [3]. In many TB endemic countries, health service centers are not capable of doing sputum culture for TB diagnosis. However, it is desirable for these centers to replace this old method of TB treatment evaluation by a more accessible, faster and sensitive test. So anti-phospholipid antibodies like IgM anti-cardiolipin may be a suitable alternative which should be evaluated in comparison with sputum smear conversion.

In Goodridge et al. study, the IgM level of anti-cardiolipin showed significant reduction after IPT in non-cavitary cases. In contrast, cavitary TB patients showed an overall IgM increase, with a significant rise against phosphatidyl ethanolamine (P = 0.025) [13]. These results in cavitary PTB cases were in contrast with our study, but in non-cavitary PTB cases, were compatible with our study. The mean sensitivity of this test in Goodridge et al. study in 40 patients was 83% when the IgM response to a single lipid antigen was used; it was > 90% when responses to 2 or more lipids were assessed [13]. While in our study the sensitivity of test for antibody to a single phospholipid of cardiolipin was higher (90% vs. 83%). In Thorson et al. study there was significant relation between response to treatment and IgM anti-cardiolipin reduction and cavity presence in the lungs, which was compatible with our result in cavitary PTB cases [17].

In Ordonez et al. study, the total and anti-phospholipid IgM levels in the pleural lavage from mice with Mycobacterium bovis (BCG) extrapulmonary infection were examined. They found that the levels of total and anti-phosphatidylcholine IgM antibodies remained significantly higher in infected mice as compared to non-infected mice up to day 90 after BCG infection, while the anti-cardiolipin IgM antibody levels decreased with bacteria clearance [19]. Although M. bovis is a different type of mycobacterium, but it has common microbiologic and biochemical characteristics with MTB which is related to their common mycobacterium tuberculosis family, so the result of this study about IgM anti-cardiolipin decrease could be partially comparable and extensible to the results of our study with MTB infected cases.

In conclusion, the results of our study reveals that screening of IgM anti- cardiolipin antibody serum level as a specific biomarker at before and after IPT in PTB cases could be useful and of high efficiency for monitoring response to anti-TB treatment. Especially, in PTB patients who are not able to deliver sufficient sputum and even in cases with cavitary PTB, it could be an applicable and efficient method for treatment evaluation. On the other hand, the rate or sensitivity of IgM anti-cardiolipin decrease after TB treatment is about 90% in our study that is equal with sputum smear conversion rate in this study (90%) but higher than other studies with sputum smear conversion rates between 75% to 85% in sputum smear positive PTB cases [14-16]. It is while this method also could be applicable in sputum smear negative cases which have not been evaluated in our study.

This study is limited by low sample size and this fact that all cases were cured during TB treatment, so we cannot evaluate the sensitivity of this biomarker in the case of treatment failure in this study.

Thus, it is necessary to perform more complete investigations based on combination of larger sample size and clinical and radiological improvement criteria along with assessment of antibodies against more different phospholipids to monitor response to TB treatment.

We thank technical personnel of Tohid laboratory for collaboration in Elisa test performance and Zahedan TB center personnel for availing PTB cases. Also, we thank Dr. Narjes Sargolzaei and Dr. Mohammadi for their consultation about statistical analysis of study data.

Copyright © 2018, Zahedan Journal of Research in Medical Sciences. This is an open-access article distributed under the terms of the Creative Commons Attribution-NonCommercial 4.0 International License (http://creativecommons.org/licenses/by-nc/4.0/) which permits copy and redistribute the material just in noncommercial usages, provided the original work is properly cited
download pdf 121.39 KB Get Permission (article level) Import into EndNote Import into BibTex
Number of Comments: 0