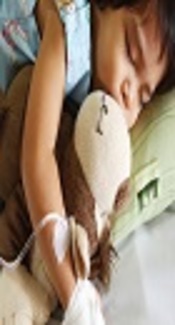 The decreasing of mortality rate is one of the most important goals in every intensive care unit (ICU). This study was performed to determine the main causes of admission and mortality rate in our referral pediatric ICU (PICU).

In this retrospective study, all patients (age-group, 1 month - 16 years) admitted to the PICU in one year were included and patients with less than a 3h duration of admission, multiple traumas, and post-surgery patients were excluded.

Among the 688 patients enrolled in the study, 55.6% were male and the mean patient age was 2.7 years. The most common causes of admission were pneumonia (22.9%), bronchiolitis (8.6%), and septicemia (7.9%). The mean duration of hospitalization was 3.3 days and the mortality rate was 16.5%, with a mean age of 2.2 years and 51.8% male. The most common causes of overall mortality were pneumonia (21.6%) and septicemia (16.2%), however, mortality was more common in patients admitted with septicemia (36.6%), liver failure (31.6%), chronic renal failure (28.6%), and meningitis (27.3%). Patients who had undergone intubation before admission, decreased level of consciousness, and prolonged duration of hospitalization were significantly correlated with the mortality (P < 0.05).

Our results indicate that the respiratory failure and severe infections are the most common causes of admission and mortality in the PICU and very young children are at risk of high incidence of mortality.

The rate of mortality in an intensive care unit (ICU) is one of the most important criteria for the evaluation of a hospital. In fact, the care given to ill patients in ICUs that are equipped with high technology equipment is the basic component of modern health care and the ultimate goal is to reduce mortality in patients. Many medical centers are trying to determine the causes that change the mortality rate in an ICU, due to the fact that this information can be categorized according to the health status and used to decrease the mortality (1).

Different levels of mortality have been reported in the literature depending on the various ICU facilities and conditions of the referred patients. The mortality rate in some reports varied from 14.5% to 44.7% (2-4). Reference of ill patients from other hospitals, admission in different work shifts, multiple trauma, and nosocomial infection are considered as risk factors for mortality (1, 5, 6).

However, most of these studies have been performed in ICUs specific for adults and there is not enough information about ICUs specifically for children. This study aimed to determine the prevalence of different causes of hospitalization and prognosis of patients admitted to the ICU of the Abuzar children’s hospital in Ahvaz, which is the main referral pediatric hospital in the south west of Iran.

This retrospective study was conducted in the 8-bedded pediatric ICU (PICU) of the Abuzar pediatric hospital in Ahvaz, Iran, after approval by the institutional review board. It is a tertiary PICU that is accepting patients aged 1 month to 16 years old. The data were collected retrospectively from medical records including: age, gender, vital signs, level of consciousness, diagnosis, referring center, duration of the bedridden condition, and condition at discharge. The patients were followed up during the hospital stay and the outcome measures were recorded as “died” or “survived” at the end of the hospital stay.

The study population in about one year consisted of 731 consecutive patients; 43 patients who were discharged against medical advice, and in whom the outcome was not known, were excluded. In addition, we excluded patients with less than a 3-hour duration of admission, multiple traumas, and post-surgery patients. All variables were compared using the Student’s t-test, Mann-Whitney U-test, and Chi-square test (for quantitative and qualitative variables when appropriate). In addition, the risk was expressed as odds ratio (OR) with 95% confidence interval (CI); P values < 0.05 were considered statistically significant. Children were grouped according to age. Multivariate analysis was used to evaluate the effect of gender and age on the outcome in the PICU.

Out of the 688 included patients, 55.6% were male and the mean age was 2.7 (SD = 3.4) years. The most common age group was under 2 years (65.8%) and common causes for admission were pneumonia (22.9%), bronchiolitis (8.6%), septicemia (7.9%), and seizure disorders (6.9%). The frequency of admitted boys with poisoning, scorpion sting, and snakebite was 2 times higher than of girls; conversely, 2 times more girls than boys were admitted with diabetic ketoacidosis (DKA). Table 1 shows the causes of admission and the frequency of mortality in relation to each disease.

Table 1. The Frequency of Admission and Mortality in Relation to the Diseasesa

The mortality rate was significantly higher in children younger than 2 years (P = 0.044). The most common cause of admission and mortality in patients younger than 7 years was pneumonia; however, in the older group, they were non-infectious diseases (Table 2).

Table 2. Mortality in Each Age-Groupsa

About 53% of patients were referred from near and far neighbor towns (under 100 and 200 kilometer, respectively), however, the mortality rate was not significantly different (P > 0.05).

Table 3. Factors Affecting Outcome of Children Admitted to the PICUa

aValues are expressed as mean ± SD or %.

Tachypnea was seen in 43.7% and fever (central body temperature above 38°C) was seen in 10.3%, however, these parameters had no significant correlation with the mortality rate (P > 0.05).

The multiple linear regression analysis showed that the younger than 2 year old patients, decreased level of consciousness, pre-admission intubated patients, and prolonged stay in PICU were significantly correlated with the mortality (P = 0.005, R = 0.178).

The aim of this study was to identify the main causes of hospitalization and mortality in the PICU of the Abuzar pediatric hospital. According to our study, pneumonia and severe infections were the most common causes of PICU admission and mortality. Seizures, decreased level of consciousness, electrolyte abnormalities, and instability of vital signs were the other common conditions for admission.

In some studies, reference of patients from faraway cities and transfer of patients from other hospitals are considered as risk factors for increased mortality (5, 11, 12); however, no significant association was observed in our study and in some other studies (5, 13-15).

Intubated patients and reduced level of consciousness on arrival at the ICU are 2 significant risk factors for mortality and therefore, it is necessary to pay attention to the transfer of these patients to prevent further hypoxemia and other complications of uncontrolled ventilation, such as pneumothorax formation.

In some studies, the mortality rate of patients was significantly associated with the work shifts of the hospital personnel (6), which was not confirmed in some other studies (2). In our study, the lowest mortality was observed between 2 AM and 8 AM (second part of the night shift) and the highest between 8 AM and 2 PM (morning shift). This difference was statistically significant and it might be due to the change in ICU physicians and nurses (who are more familiar with the patient’s problem) and the higher number of doctor’s orders and medical procedures in the morning shift. Furthermore, mortality was significantly associated with the duration of the stay in the ICU. Most deaths occurred in patients who stayed for less than 1 day and more than 7 days, which can be related to the higher frequency of mortality in severely ill patients and in patients with chronic diseases such as chronic renal and liver failure. This finding is similar to the study by Hui that showed a higher mortality rate in prolonged stays in the ICU (16). However, some studies reported that most deaths occurred in the first 4 days of ICU admission (2, 6, 7).

In our study, the prevalence of hospitalization and mortality was not significantly different in boys and girls in most cases. The higher incidence of poisoning, scorpion sting, and snakebite in boys and the higher prevalence of DKA in girls need to be further investigated.

In conclusion, higher mortality in very young children, especially due to severe infections, indicates that we need better equipment for the treatment of patients of this age (including more compatible ventilators and treatment protocols). Furthermore, PICU established with well-trained personnel in every pediatric ward, prevents the need for referring intubated patients and possibly would reduce the mortality.

This study was supported by the Vice Chancellor for research of Jundishapur University of Medical Sciences (No: u-88073). We would like to thank Dr. Cheraghian for helping us with the statistical analysis.

Copyright © 2018, Zahedan Journal of Research in Medical Sciences. This is an open-access article distributed under the terms of the Creative Commons Attribution-NonCommercial 4.0 International License (http://creativecommons.org/licenses/by-nc/4.0/) which permits copy and redistribute the material just in noncommercial usages, provided the original work is properly cited
download pdf 98.52 KB Get Permission (article level) Import into EndNote Import into BibTex
Number of Comments: 0