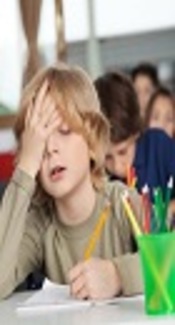 This study aimed at comparing working and visual memory in children with and without dyslexia.

The sample consisted of 61 children without dyslexia and 64 children with dyslexia from third to sixth grade in elementary school. The inclusion criteria were children aged nine to 12 who had no history of medical eye disease and visual impairment, the exclusion criteria were mentally retarded children. Purposeful sampling was used to collect the data. The participants completed Wechsler forward and backward digit span test and Benton Visual Test. A multivariate analysis of variance (MANOVA) was used to analyze the data.

Learning disorder refers to a condition that might affect acquisition, organization, memorization, understanding or the use of verbal or nonverbal information (1). This disorder is known as a permanent condition related to cognitive neuroscience, which significantly affects individuals’ learning abilities (2). Learning disability is concerned with a remarkable reduction in understanding new or complex information and learning new skills (3). Learning disabilities result from a disorder in one or several processes involved in perception, thinking, memorization or acquisition, having different levels of severity, or having one or several of the following symptoms: oral language (listening, speaking, and understanding), reading (e.g. decoding, phonetic knowledge, word recognition, and comprehension), written language (e.g. spelling and written expression), and mathematics (e.g. computation, problem solving) (1). Most children with learning disabilities do not show any signs of problems except when they have specific scientific tasks, which challenge their cognitive processing. One of the basic features of specific learning disability is persistent problems in learning basic academic skills, which begin during the years of formal schooling. The second feature is that an individual’s performance in the areas of academic skills, which has been affected, is well below age average. The third feature is that learning problems in the first beginning years are evident in most individuals. These problems are not caused by intellectual disability, overall delayed growth, auditory or visual impairment, or other neurological or motor disorders (4).

One of the most common types of learning disabilities is dyslexia, meaning that learning problems are caused by inability in phonological processing. Dyslexia is also classified as a specific or developmental learning disability (7). Dyslexia is usually described as having a problem with letters of the alphabet, word recognition, decoding, and comprehension. In DSM-5, the term “dyslexia” has not been used, instead the term “neuropsychological disorders” has been applied which, among all different disorders that began at pre-school level and before that, only learning disorder and communication disorder are included. There are three different forms of reading disorders and seven forms of communication disorders (8). Specific reading difficulty is a common progressive disorder, which is found in about 5% to 10% of school children. Most dyslexic children have a problem in a part of visual system, which is vital for visual-event scheduling and controlling eye movements (9).

Another problem associated with children’s memory problems is related to visuospatial perception. In fact, we can say that visuospatial perception is a process done in the right hemisphere of the brain and includes the ability to recognize the position of objects and shapes in relation to each other and the person himself/herself (22). Most of the people who have visually impaired memory are children with a learning disability (23). Parvandi (24) compared the visual-motor perception of dyslexic and hyperactive children and children with ADD with normal children and found that this ability is higher in normal children compared to the other two groups. Goulandris and Snowling (25) conducted a case study on visual memory deficit of an individual and found that his reading and spelling problems were due to his visual memory deficit. Sensory processing deficit in dyslexic individuals is in the auditory and visual areas (26). Evidence suggests that dyslexic readers have a disorder in successive naming tasks, which require simultaneous activation of visual and phonological representation (27). In another study, Menghini et al. (11), showed that dyslexic children have deficiency in performing verbal and visuospatial tasks as well as visual-verbal memory of objects. They also showed that working memory deficits in developmental dyslexia were not limited to phonological disorder, however, it included visuospatial and visual information of the object as well. The findings of this study are in line with those of Afsharian et al. (28). They showed that the visuospatial ability and memory of normal children was more than that of dyslexic ones.

A part of research focuses on the disorders in the development of visual system, which is vital for visual-event scheduling and controlling eye movements. Another part of research emphasizes the deficits in visual and working memory. However, in recent studies, it is still unclear whether deficit in working memory or deficit in visual memory leads to dyslexia. The significance of this finding lies in the fact that whether the focus should be put on enhancing working memory or visual memory. Another challenge, which was ignored in previous studies, was related to the sustainability of low performance in different years. A question that might be raised is whether the difference in visual and working memory performance in different years of development or in different educational levels remains sustainable or becomes worse. Based on these studies, the present study aims to compare working and visual memory in individuals with and without dyslexia considering the effect of grade.

A causal-comparative method was used in this study. The population of this study included all elementary children from third grade to sixth grade in Semnan, Iran, in the school year 2015-16. A total of 61 normal children (30 boys and 31 girls) and 64 dyslexic children (30 boys and 34 girls) were selected. The inclusion criteria were children aged 9 to 12 who, based on the academic records, had no history of medical eye disease, IQ more than 85, and visual impairment; the exclusion criteria were mentally retarded children. Purposeful sampling was used to collect the data. The researchers first referred to ordinary schools and asked the teachers to introduce two groups of children. Normal and abnormal children, who were identified by the teachers, were given a reading text. Those who mistakenly responded to 95% of the words of the text were identified as abnormal and those who correctly responded to 50% of the words of the text were identified as normal. All of the tests were administered individually in the schools. All children were given Wechsler forward and backward digit span test and Benton Visual Retention Test. The data were collected in one month. The average time used for taking the tests was 20 minutes. Since two groups were compared with regard to three dependent variables namely direct memory, backward memory, and visual memory, a multivariate analysis of variance (MANOVA) was used to analyze the data. SPSS 23 was utilized to analyze the data.

The consent to participate in this study was taken from their parents for participants. All information regarding participants and their families remain confidential.

This test measures visual perception, immediate visual memory, and visuo-constructive abilities. According to previous studies, the Benton Visual Retention Test (BVRT) performance is positively correlated with IQ (31). The original version of Benton Test has three shapes (D, C, E), which has been standardized by the authors of this article. It can be made in four different ways. The BVRT can be applied to diagnose visual memory and useful visual abilities. A study done by Mohabbat (32) examined the reliability and validity of the BVRT in diagnosing the brain damage of children aged 8 to 10 in Tehran and yielded the reliability coefficient of 0.749 of the two parallel forms through Foley reconstruction and 0.692 through deferred reconstruction. The reliability coefficient of Form C through the two methods was 0.807 and for Form D was 0.830. Hassanpour (33) assessed the validity of the test using discriminant and convergent validity as 21% for true scores, and 18% for error scores. He also assessed the reliability using test-retest method as 77% for true scores and 84% for error scores.

Table 1. Mean and Standard Deviation of the Performance of Direct, Backward, and Visual Memory Based on Gradea

Table 2. Sum of Squares, Mean Square, and Effect Size Based on Group, Grade, and Group Interaction Effect on Grade

This study aimed at comparing forward and backward digit span memory with visual memory of children with and without dyslexia using Wechsler and Benton tests. The results indicated that children with dyslexia have a lower performance in digit and visual memory compared to normal ones. These results are in line with those of Beneventi et al. (21). Beneventi et al., found that these children had a lower working memory compared to those in the control group. Similarly, the results of this study are consistent with those of Menghini et al. (11). They showed that dyslexic children are defective in doing verbal, visual, and spatial tasks, as well as verbal-visual memory. The working memory deficiency in developmental dyslexia is not limited to phonological disorder, however, it includes the visuospatial information of the object. The results of this study are in line with those of Afsharian et al. (28). They showed that the visuospatial ability and memory of children in the normal group was higher than that of the dyslexic group. Thus, it seems that dyslexic readers have the disorder, which requires simultaneous activation of visual and working memory, however, apparently working memory is more important than visual memory.

Another finding of this study was related to the effect size. The results showed that the effect size was larger for direct and backward working memory compared to visual memory. In fact, the largest effect size was observed for the backward memory. This evidence suggests that a decrease in working memory performance, especially in backward memory, was greater compared to visual memory. This result is the unique finding of this study. Although previous studies discussed the problems associated with working and visual memory in dyslexic individuals, it was not clear which type of memory had more problems in dyslexic individuals. Based on this finding, it can be inferred that the problem in working memory is more serious than in visual memory.

The first limitation of this study is that purposeful sampling is used; therefore, it has limited generalizability. Researchers warn against illegitimate generalizability. Another limitation of this study is related to the design of the study. In this study, a causal-comparative design has been used. These types of designs are weak in terms of controlling intervening variables. There is the possibility that the observed differences were due to other variables (such as difference in intelligence scores). Furthermore, due to restricted access, there was no possibility of controlling intervening variables. Although retarded individuals are sent to special schools through screening tests, the IQ level difference between them can function as an intervening variable. The findings of this study indicated that the performance in backward memory, especially visual memory, increased in the fifth grade compared to the third grade. Based on this, researchers are recommended to use longitudinal designs in their future studies. It is suggested that this study be repeated on other communities to collect more evidence for the generalizability of the findings of this study.

We thank all the children and their parents for the collaborator in this project. This study was approved by Semnan University. The approval ID is Number. 27/95/240.

Copyright © 2018, Zahedan Journal of Research in Medical Sciences. This is an open-access article distributed under the terms of the Creative Commons Attribution-NonCommercial 4.0 International License (http://creativecommons.org/licenses/by-nc/4.0/) which permits copy and redistribute the material just in noncommercial usages, provided the original work is properly cited.
download pdf 112.91 KB Get Permission (article level) Import into EndNote Import into BibTex
Number of Comments: 0