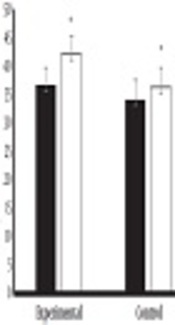 One of the beverages improving athletic performance is beetroot juice.

The aim of the present study was to investigate if six weeks of beetroot juice ingestion can increase VO2max and improve the performance of female soccer players.

Soccer is a strength and power-contact sport that includes high-intensity activity, training, and competition (1). Physiological, technical, and tactical skills are important for soccer performance. Factors such as acceleration, speed, jump height, and energy release capacity are of most importance in soccer. Due to the duration of a soccer match, 90% of the energy release is aerobic. The aerobic endurance performance in soccer depends on three factors: maximal oxygen consumption (VO2max), anaerobic threshold, and work economy (2). It is known that the distance covered in high intensity and speed is more in men than in women (3), which is due to the low VO2max and the anaerobic power of female soccer players (4). Athletic performance is one of the issues to which soccer players attend. They use various supplementations to increase their performance. Although supplements may temporarily improve their athletic performance, their long-term use will increase the damage to the blood, kidneys, and liver. A notable factor of performance is the maximal oxygen uptake (VO2max). VO2max measures the maximum amount of oxygen consumed by the body per minute that is typically expressed in mL/kg/min. The higher the VO2max value produced by an individual, the greater the rate of oxygen consumption by the athlete’s body and the higher the level of fitness. Minor increases in VO2max can have remarkable advantages, especially in team sports. For example, some researchers speculate that if every player in a soccer team has a VO2max of just 6 mL/kg/min higher than the opponent has, the aerobic capability possessed would equate essentially having an additional player in the field (5). VO2max can be increased in an individual over time by participating in different types of endurance training programs (6). The advantage of a higher VO2max is that there is a greater delivery of oxygen from the blood to the muscle tissues, so athletes may work at a higher intensity for a longer time. Increased blood flow is attributed mostly to increased cardiac output, but also to the muscle pump and local mediation of vasodilation near the muscle tissue. This occurs as a natural response to exercise and can increase blood flow exponentially compared to resting values (7). Focusing on vasodilation, several sources have suggested that nitric oxide be a prime solicitor in the process. This vasodilation occurs as nitric oxide (NO) relaxes the vascular smooth muscle (8, 9). NO is a very labile free-radical gas produced by cells that, although commonly known to be used to reduce blood pressure, serves many other purposes including vascular diameter regulation, blood flow mediation, mitochondrial respiration, platelet function, and neuronal communication. NO is not ingested directly; rather, it is derived from substances endogenously manufactured or ingested via dietary or supplemental means. L-arginine, L-citrulline, sodium nitrate, and beetroot supplement appear to be the most popular ones (10). Beetroot (Beta vulgaris L.) is one the vegetables that contains micronutrients including potassium, betaine, sodium, magnesium, vitamin C, and nitrate (NO3) (1). Beetroot also has lots of nitrates (more than 250 mg per 100 g of fresh beetroot). Increased nitrate availability may increase oxygen and nutrient delivery to active muscles and thereby, lower the ATP cost of muscle force production and improve physiological responses related to endurance performance and recovery (10). Nitrate can be reduced to nitrite through the bacteria present in the mouth and by certain enzymes in tissues (e.g., xanthine oxidase). Part of absorbed nitrite in the acidic environment of the stomach is converted to nitric oxide, but a significant amount of it enters the systemic circulation to increase nitrite in plasma. A number of enzymes and proteins, including deoxyhemoglobin, can convert nitrite to nitric oxide by taking an electron from nitrite in the blood and tissues, which is facilitated by oxygen deficiency (ischemia and hypoxia) and low pH. Interestingly, these conditions may exist in skeletal muscles during exercise (11). Based on this information, using beetroot juice may be a way for increasing VO2max and performance in female soccer players.

The aim of the study was to investigate if beetroot juice can increase VO2max and improve the performance of female soccer players.

The statistical population included 50 female soccer players (N = 50) who were performing three sessions of high-intensity soccer training per week. After the announcement of the study, the subjects (n = 20, age = 23.13 ± 0.77 years) interested take part in the study. Written consent was obtained from the subjects after being informed about the purpose of the study. Then, they were divided randomly into two groups (experimental, n = 10) and (control, n = 10). The protocol was approved by the ethics committee of the faculty of sports sciences at Razi University.

Height, weight, BMI, and VO2max were obtained in the first session. Then, the subjects started with either the ingestion of 200 mL of beetroot juice or an equal amount of placebo (water, carmoisine food color, and stevia) two hours before starting their training for six weeks (18 sessions) (12). They were asked to continue their current training programs throughout the study. In the last session, the second Bruce test was done and VO2max was evaluated in the pretest and posttest.

Height, weight, and BMI were assessed in details. These data are shown in Table 1.

The routine training included a combination of offensive and defensive training three times per week for 90 min supervised by a coach.

We used the Bruce test for estimating aerobic power and predicting VO2max. The ﬁrst Bruce test was done to assess VO2max in female soccer players without drinking (beetroot juice or placebo). The second Bruce test was done after six weeks of beetroot juice ingestion. VO2max was measured on a treadmill (HP Cosmos) using respiratory gas discharge (Cortex Metalyzer 3B and Cortex Metamax 3B) in the Bruce test. Figure 1 shows the VO2max levels of subjects in the experimental and control groups. VO2max in the experimental and control groups

Data were reported as means and standard deviations (mean ± SD). Changes in VO2max over the six-week period were assessed by paired samples t-test and independent samples t-test. Statistical signiﬁcance was deﬁned as P < 0.05. The statistical analyses were performed using statistical package for social sciences (SPSS version 22). The results of analyzing data are shown in Tables 2 and 3.

Table 2. Differences in Pretest and Posttest VO2max in the Experimental and Control Groups
Table 3. The Comparison of VO2max Score Between the Groups (N = 10)

The findings unfolded that the overall difference in the mean score of VO2max between the experimental and control groups was 3.20 with an SD of 0.258. It showed that after the administration of beetroot juice, there was a highly significant improvement in the VO2max level of female soccer players with a t value of 12.39 at P < 0.001.

Based on the effects of six weeks of beetroot juice consumption on improving VO2max and athletic performance of female soccer players, it can be concluded that this beverage is one of the best natural, inexpensive, and safe drinks that we can recommend to female soccer players. They can use this beverage before training or in different bouts of soccer training. The cost of this juice is very low and its consumption has many benefits for the body. In addition, this study provided a basis for interventional studies to generate scientiﬁc knowledge. Further comparative research must be done for discovering the relationship between dose-dependent beetroot juice consumption and athletic performance in both sexes in different levels of soccer training intensity.

We would like to thank all participants for their contribution to this research.

Copyright © 2019, Zahedan Journal of Research in Medical Sciences. This is an open-access article distributed under the terms of the Creative Commons Attribution-NonCommercial 4.0 International License (http://creativecommons.org/licenses/by-nc/4.0/) which permits copy and redistribute the material just in noncommercial usages, provided the original work is properly cited.
download pdf 134.99 KB Abstract XML Get Permission (article level) Import into EndNote Import into BibTex
Number of Comments: 0