Epidemiological Status of Cutaneous Leishmaniasis in Mashhad, Northeastern Iran, During 2015 - 2019 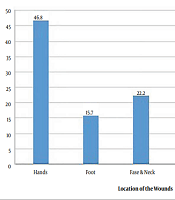 Cutaneous leishmaniasis (CL) is one of the important endemic parasitic infections in Iran. Khorasan-e-Razavi province has the highest prevalence rate of the disease in the northeast of Iran.

This study aimed to obtain the latest status of CL in Mashhad city, the capital of Khorasan-e-Razavi province, Iran.

A retrospective study was conducted on 5,241 patients who were referred to Mashhad health centers during 2015 - 2018. The prevalence, number, and site of wounds on the body besides demographical data including, age, sex, nationality, and place of residence were recorded and analyzed by SPSS.

The frequency of CL during the past four years in Mashhad was decreasing, but it is still a threat to health. The southwest of Mashhad city had the highest prevalence of CL, so it seems we need more prevention programs in this area. Most CL lesions were seen on hands and faces, which is compatible with the anthroponotic form of CL.

Leishmaniasis is a parasitic infectious disease caused by Leishmania spp. (1). About 70,000 deaths are caused by leishmaniasis every year across the world. Besides, 350 million people are at risk of CL, and around 1.5 - 2 million new cases are reported in the globe annually (2). According to the WHO report, leishmaniasis is one of the six main diseases in tropical regions (3).

Iran is one of the most common endemic diseases for CL. The prevalence of the disease has been reported from 1.8 to 37.9 in different parts of Iran, and 56,546 CL patients were identified in this country from 2011 to 2013 (5, 15). Mashhad is the second-most populous city in Iran and one of the important endemic areas of CL in the country (16-18).

A retrospective cross-sectional study was conducted to determine the epidemiological status of CL from 2015 to 2018 in Mashhad City. Mashhad is the capital of Khorasan-e-Razavi Province, which is located in the northeastern of Iran. The information of 5,241 confirmed patients who had been referred to five health centers was recorded. We obtained the total population covered by each healthcare center in Mashhad City, so we could calculate the prevalence of CL. Cutaneous leishmaniasis had been diagnosed by lesion sampling, stained smear, and microscopic methods. Data including age, sex, nationality, place of residence, number, and site of wounds on the body were collected and analyzed.

Data were analyzed by SPSS 16 software. The chi-square and Fisher exact tests were conducted at the significance level of less than 0.05 to examine the statistical differences between subgroups of patients. 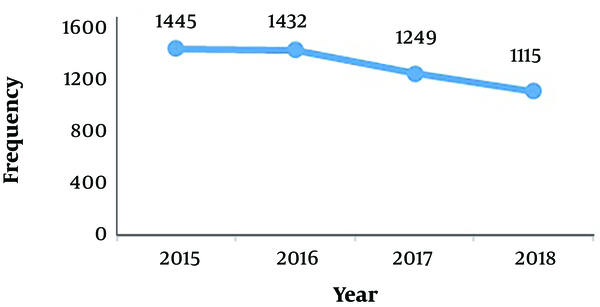 Table 2. Frequency of Cutaneous Leishmaniasis Prevalence Based on Gender in Mashhad During 2015 - 2018 a

Table 3. Frequency of Cutaneous Leishmaniasis Prevalence Based on Nationality and Residence Place in Mashhad During 2015 - 2018 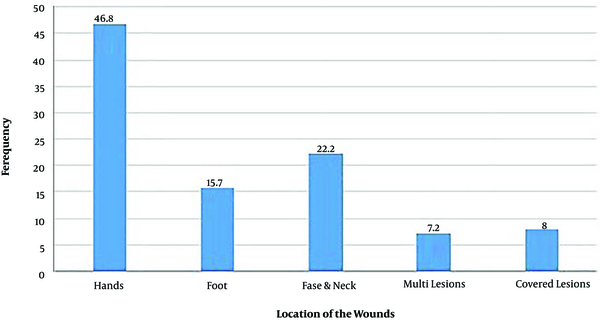 Figure 3. Frequency of the site of lesions in cutaneous leishmaniasis patients in Mashhad during 2015 – 2018

Cutaneous leishmaniasis is one of the main health problems, especially in tropical and subtropical countries (2, 5). An increasing incidence of leishmaniasis has been reported in more than 98 countries in recent years (19). Despite extensive national and international efforts, on top of investments, the new foci of CL are also emerging in Iran (20).

During 2015 - 2018, 5,241 patients were diagnosed with CL in five healthcare centers in Mashhad City. The results of this study indicated that the highest frequency and the lowest frequency of CL were observed in 2015 and 2018, respectively. In recent years, we have been facing a declining trend in CL due to the implementation of control programs, including the collection of construction wastes by municipalities, installing screens on windows by health centers in endemic regions, house spraying for sand fly control, and using personal protective equipment. From 1992 to 2013, the lowest prevalence of the disease was observed in 1996 (993 patients) in this region. In 2002 and 2009, the area was in an epidemic status of about 6,000 patients each year. There were 10,533 patients recorded during four years (2010 to 2013) in Mashhad (21). Overall, the number of CL patients was decreasing according to this study in recent four years (5,241 patients from 2015 to 2018). According to another study by Norouzinezhad et al. (2016), from 2011 to 2013 in Iran, Khorasan-e-Razavi (n = 13,383), Fars (n = 13,359), and Isfahan (n = 8,786) had the highest frequency of CL, respectively. Also, the lowest prevalence was observed in Mazandaran (n = 150), Markazi/Alborz (n = 115), and West Azerbaijan (n = 90) provinces in the same years (15).

Although an insignificant correlation was observed between the place of residence and the prevalence of CL, most of the patients were from urban areas (75.7%). It seems that essential control strategies are necessary to reduce the incidence of the disease in these areas. The southwest of Mashhad had the highest number of patients, which was significantly higher than in other places (P = 0.021). This region is near a mountainous area, near to Torghabeh and Shandiz counties, which are endemic foci for CL (22). According to the obtained results, 265 Afghan and four Pakistani patients had CL during the four years of study in all health centers of Mashhad. Mashhad is known as a religious city with many pilgrimages because of the Holy Shrine of Imam Reza.

The most common sites of CL lesions were the exposed parts of the body, such as hands and faces (P < 0.001), similar to other studies (23). As a result, most lesions were seen in the unprotected parts of the body, like in other studies (24, 25). In addition, the analysis of the distribution of the wound site on the body revealed that most CL lesions were in the upper limbs of the body. The majority of the lesions on the hands and face characterize the anthroponotic form of CL, which is caused by L. tropica (9). In recent studies, L. tropica has been the dominant Leishmania species in molecular diagnostic methods in Mashhad (26). The mean prevalence of CL was decreasing in the past four years in the northeast of Iran as an important endemic region in the country.

This work was financially supported by Mashhad University of Medical Sciences (Project grant: 961164). The authors greatly appreciate the health centers' employees who helped us collect the data. This article is thesis of medical student.

Copyright © 2021, Zahedan Journal of Research in Medical Sciences. This is an open-access article distributed under the terms of the Creative Commons Attribution-NonCommercial 4.0 International License (http://creativecommons.org/licenses/by-nc/4.0/) which permits copy and redistribute the material just in noncommercial usages, provided the original work is properly cited.
COMMENTS