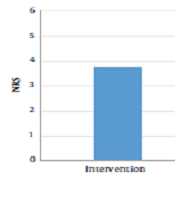 Dexmedetomidine protective effects on apoptosis in the brain and peripheral organs have been reported in vivo and in vitro. Apoptotic factors of cerebrospinal fluid (CSF) may influence the prognosis of patients undergoing open discectomy surgery.

This study evaluated the effect of intrathecal dexmedetomidine administration on the CSF levels of apoptotic factors and clinical outcomes in patients undergoing lumbar discectomy.

This clinical trial was conducted on patients undergoing open lumbar discectomy. Forty patients were randomly divided into control and dexmedetomidine groups. In the dexmedetomidine group, 0.1 μg/kg of dexmedetomidine was intrathecally injected after anesthesia induction. Patients’ hemodynamic status during surgery was recorded; additionally, their pain scores were recorded by the Numeric Rating Scale (NRS) in the recovery room. The levels of apoptotic factors including Bax/Bcl-2 and caspase-3 in the CSF were measured at the beginning and end of discectomy, and the results were compared between the two groups.

Intrathecal dexmedetomidine could significantly and safely reduce the NRS score in the intervention group but did not have any significant effect on the CSF levels of apoptotic factors before and after lumbar discectomy surgery.

Lumbar disc herniation is one of the most frequent surgically-treated disorders of the lumbar spine (1, 2). However, discectomy-related complications occur in 15 - 30% of patients (3-5).

Dexmedetomidine is an alpha 2 adrenergic agonist that is used in the operation theatre and intensive care unit to achieve sedation, analgesia, and anxiolysis. Dexmedetomidine is known for its sedative properties and desired effects in achieving more ventilator-free hours in the intensive care unit (6). Compared to benzodiazepines, it has been proven that intravenous dexmedetomidine prevents delirium among critically ill patients (7). Other favorable characteristics of dexmedetomidine seem to be improved survival among elderly patients and better cognitive function in patients who survive more than three years (8). Moreover, the protective effects of dexmedetomidine on apoptosis and necrosis of the brain and other tissues have been reported (9).

Some of the important apoptotic factors evaluated in this study included Bax/Bcl-2 and caspase-3 in human subjects. The evidence of bio-molecular changes in Bax/Bcl-2 and caspase-3 expressions is less clear. Accordingly, this study aimed to evaluate the effects of intrathecal dexmedetomidine administration on the CSF levels of apoptotic factors in patients undergoing lumbar discectomy surgery.

The study population was 20 to 60 years of age people scheduled for lumbar discectomy surgery (Table 1). Of 44 enrolled cases, one case did not have informed consent, two cases were eliminated due to blood transfusion, and one case missed CSF analysis; so, we evaluated 40 cases by the end of the study (Figure 1).

Table 1. Age, Gender, and Clinical Data in Two Groups a 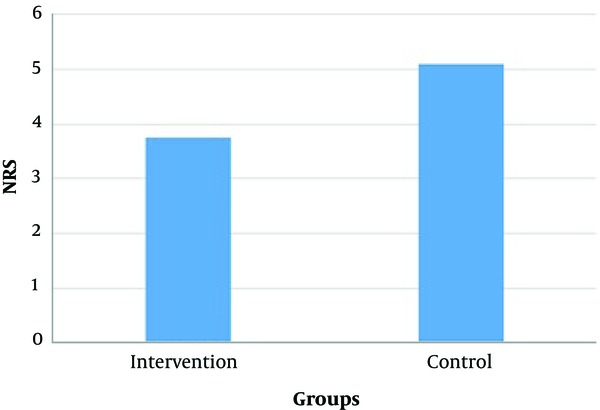 The inclusion criteria included: (1) patients in the age group of 20 to 60 years who were candidates for lumbar discectomy surgery; (2) no history of receiving anti-inflammatory drugs within two weeks before surgery; (3) no immunodeficiency or neurodegenerative diseases; (4) no history of systemic diseases such as diabetes mellitus, renal failure, uremia, hepatic disorders, chronic cardiopulmonary disease, or myopathy; and (5) informed consent. The exclusion criteria included: (1) a change in the approach of surgery; (2) the need for transfusion during surgery; and (3) the duration of surgery of more than four hours.

The present study was performed as a clinical trial on patients with lumbar disc herniation who went through discectomy surgery. After obtaining permission from the ethics committee of Shahid Beheshti University of Medical Sciences and selecting the patients to participate in the study, the researchers obtained informed consent. The study subjects were randomly divided into control and dexmedetomidine groups based on the random numbers table. Medical staff and researchers from the beginning of the study closely monitored patients in both groups. The treatment and care protocols were implemented completely and identically in both groups.

A quantitative NRS system was used to assess the level of pain. The induction of anesthesia in all patients was the same using 3 μg/kg of fentanyl, 0.02 mg/kg of midazolam, and 1.5 mg/kg of lidocaine as premedication and 2 mg/kg of propofol and 0.5 mg/kg of atracurium as induction agents, and arterial line established to monitor blood pressure. With the patient in a prone position and following the surgical incision and reaching the dura, the surgeon took a one-milliliter sample of the CSF using a 27-gauge spinal needle.

The spinal needle in the dexmedetomidine group remained in place, and the syringe was removed. Then, 0.1 μg/kg of dexmedetomidine was injected into the intrathecal space from the same needle, but in the control group, the needle was removed after sampling. The sampling was performed again at the end of the discectomy, and 1 cc of the CSF was taken again in both groups, according to the reference method. During the surgery, hemodynamic parameters (heart rate and mean arterial pressure) were monitored. In the recovery room, the patients' pain scores were measured by the NRS. After centrifugation at 448 G for 10 minutes, CSF samples were frozen immediately at -70°C. The collected samples were sent to the laboratory of the medical school, where the apoptotic factors, Bax/Bcl-2 and caspase-3 (Zellbio, Germany), were measured by the enzyme-linked immunosorbent assay. The same surgeon performed the entire study process for all patients, including surgery, CSF sampling, and drug injection.

Using the NRS as a pain scale, the scores of the dexmedetomidine and control groups were 3.7 ± 1.3 and 5.1 ± 1.3, respectively; based on an independent sample t test, there was a statistically significant difference (P = 0.004) (Figure 1).

Table 2. Apoptotic Factors Before and After Disc Herniation Surgery

Based on a repeated measures test, the CSF levels of caspase-3 (P = 0.11) and Bax/Bcl-2 (P = 0.95) were not significantly different between the intervention and control groups before and after surgery (Figures 2 and 3). 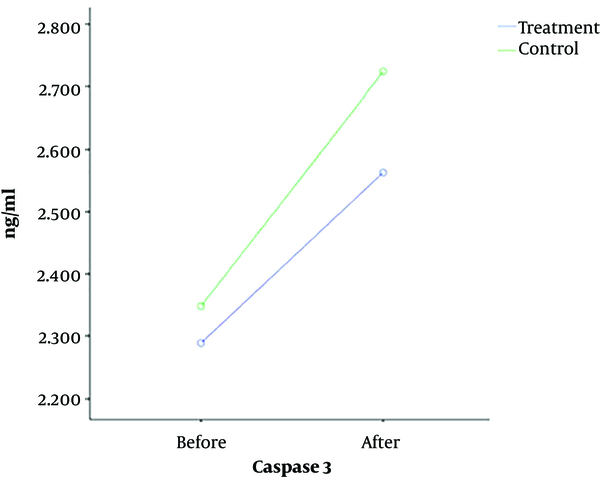 Figure 2. Caspase 3 activity in cerebrospinal fluid before and after surgery 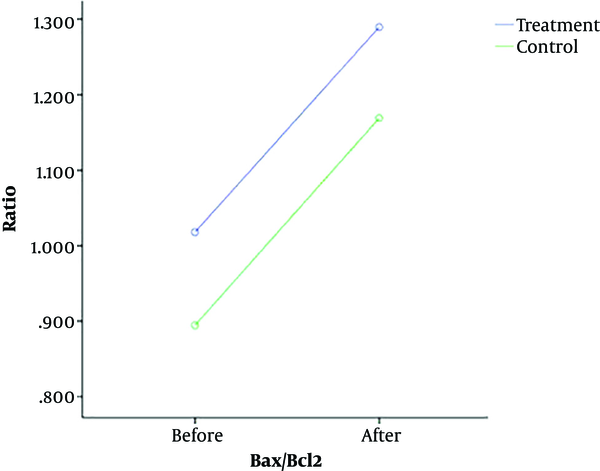 Figure 3. Bax/Bcl-2 activity in cerebrospinal fluid before and after surgery

We observed that the levels of two key apoptotic factors, namely Bax/Bcl-2 and caspase-3, significantly increased in disc herniation surgery, but dexmedetomidine, as an anxiolytic, sedative, and analgesic medication did not have any significant effect on CSF apoptotic factors’ levels in our study.

This investigation evaluated the intrathecal dexmedetomidine effect on apoptotic factors in the CSF. Jiang et al. in an observational study on patients with traumatic brain injury (TBI), measured apoptotic factors (caspase-3, sFas, caspase-9, and cytochrome c) in the CSF. They observed that these factors were significantly increased in patients who suffered from TBI (10). Mao et al., in different anesthesia in discectomy, observed that combined spinal-epidural anesthesia and epidural anesthesia caused no significant differences in immune function or inflammatory indices in patients with LDH (MAO) (11). In some other studies, there was a correlation between caspases 1, 3, 6, 7, 8, 9, and 12 and TBI (12, 13). In addition, in some studies on other apoptotic factors and TBI, there was a significant enhancement in CSF apoptotic factors (14, 15). Korshunova et al. observed that Bcl-2 could regulate apoptotic factors in myocardial ischemia/reperfusion injury (16). However, these studies were different from our study in terms of protocols. The increased levels of caspase-3 and Bax/Bcl-2 in the CSF of patients shortly after surgery led us to speculate that the surgical intervention may be the sole reason for this increase.

In some studies, the levels of apoptotic factors in brain tissue were measured in patients with cerebral stroke. These studies showed the pathway activation of caspases 1, 3, 8, 9, and 11, following cerebral ischemia (17); however, Askalan et al. suggested that cell death in infarcts following brain ischemia is partially caspase-3-independent and may also be attributed to nitric oxide (18). Alessandri et al. mentioned that caspase-dependent pathways may also occur in an acute subdural hematoma (19). Also, in a study by Montaner et al., they observed that the serum levels of the d-dimer and caspase-3 combination might be a biochemical marker for faster stroke diagnosis (20). Moreover, in prognosis evaluation, a study by Wang et al. mentioned that CSF caspase-3 enhancement at admission and three days after admission in aneurysmal SAH patients resulted in an unfavorable outcome. In addition, they observed that the levels of these factors were highly associated with injury severity and patients’ prognosis after SAH (21). On the same subject, Lorente et al. have recently reported that enhanced serum levels of caspase-3 are associated with increased mortality in severe TBI cases (22). Accordingly, most studies in this field have indicated that these factors could be prognostic in patients with different neurologic disorders.

We observed that dexmedetomidine as an anxiolytic, sedative, and analgesic medication in anesthesiology, if injected intrathecally, can reduce the NRS in patients undergoing lumbar open discectomy without any significant hemodynamic changes or other side effects, such as excessive sedation. This finding further confirms the earlier investigation results on this subject. Therefore, we recommend intrathecal dexmedetomidine injection for patients undergoing open discectomy as an adjunctive medication for postoperative pain control. Nevertheless, this medication did not significantly affect the CSF levels of apoptotic factors after discectomy. Finally, we believe that assessing the CSF levels of caspase-3 and Bax/Bcl-2 in a more extended postoperative period (i.e., eight, 24, and 48 hours) deserves further investigation.