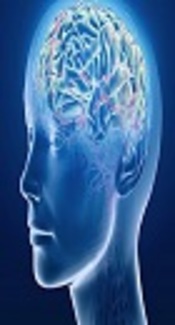 We report a rare case of parieto-frontal subdural empyema after a cesarean section. A 23 years old woman with a history of cesarean section, two weeks prior to admission, presented to the emergency room with the chief complaints of a headache, fever (39.5°C), nausea, vomiting, aphasia, tonic colonic movements, and a Glasgow coma scale score of 10/15 two weeks after a cesarean section. A subdural fluid collection in parieto-frontal on the left side was demonstrated in the brain MRI. She received rapidly an anticonvulsant drug (diazepam) and empirical board-spectrum antibiotics (vancomycin, metronidazole, and ceftriaxone) and subsequently underwent an urgent craniotomy. Antibiotic therapy continued for 4 weeks, the patient symptoms and signs improved, and she was discharged with a Glasgow coma scale score of 15/15 without neurological deficit and seizure.

Subdural empyema (SDE) is an intracranial collection of purulent materials located between the Dura mater and arachnoid mater space. This condition includes 15% - 20% of the localized intracranial infections (1). It is often one-sided and tends to spread rapidly through the special boundaries around the brain. The infection is reported in 80 % of men. Nearly two-thirds of patients are aged between 10 and 40 years (2, 3). There are some reasons to get SDE, which is the most common complication of purulent, such as the direct extension of sinusitis or otitis media, especially in older children, and spreading from distant sites. Subdural empyema may also occur after a cerebral surgery or neurosurgery procedure, head trauma such as complex Depress fractures, and even subdural hematoma or effusion, especially if an infection complicates these conditions (4). The infection could be expanded from two sides. One of them is mastoiditis or acute and chronic otitis media by erosion of the tegmen tympani (5) and the other one is spreading by erosion of the posterior wall of the frontal sinus (6). The infection may be caused by spreading the septic thromboemboli from thrombophlebitis or infected venous sinus thrombosis (7-10). Subdural empyema may be difficult to diagnose due to nonspecific signs and symptoms (4, 11, 12). Fever, headache, and nausea/vomiting are the most common symptoms at the time of presentation. The prognosis of the patient directly depends on early diagnosis and rapid initiation of appropriate antibiotic regimes and surgical intervention (13, 14). The rate of a positive culture from surgically drained materials and pus varies from 54% to 81% (6, 10, 15). Most common organisms secondary to sinusitis are anaerobes and in postoperative and post-traumatic are S. aureus (16, 17). In children, subdural empyema is commonly secondary to acute otitis media caused by H. influenzae and meningitis caused by S. pneumoniae (18). Computed tomographic scan with contrast that is a rapid and noninvasive procedure for the diagnosis of SDE but may not be able to detect intracranial SDEs; however, it may be detectable by MRI. On CT scan, SDEs are hypodense and crescent in shape but enhanced with contrast. If MRI is impossible, unavailable, or contraindicated, a brain CT scan with contrast axial and coronal planes should be obtained (17, 19, 20). The gold standard for the diagnosis of spinal and cerebral SDE is MRI with gadolinium enhancement (17, 21). On MRI, SDEs are hypointense on T1 weighted images and hyperintense on T2 weighted images. MRI image is more sensitive than CT scan to diagnose the complications of subdural empyema such as early stage of abscess formation and cerebral vein thrombosis (2). Accurate diagnosis and timely neurosurgery intervention combined with appropriate antibiotic therapy are the gold standard treatment. Empirical antibiotic therapy should cover multiple common organisms including S. aureus, anaerobes, and gram-negative organisms. Thus, antibiotics recommended for the start of the empirical therapy include (I) vancomycin (for S. aureus coverage); plus (II) ceftriaxone or ceftazidime (for gram-negative coverage) plus (III) metronidazole (for anaerobes coverage) (1, 17). The recommended duration of intravenous antibiotic therapy is 3 to 6 weeks, which can be taken in the hospital or outpatient (1, 22, 23). Immediate neurosurgical intervention includes the complete drainage of purulent materials and evacuation of the subdural empyema (16, 19, 24). The primary surgical option is craniotomy with diffuse exploration that provides surgeons with a wide view and adequate exposure for complete drainage and evacuation of the purulent materials. Samples from drainage and evacuation should be sent for culture and antibiogram sensitivity tests (25, 26).

A 23 years old woman with a history of cesarean section, two weeks prior to admission, presented to the emergency room with a chief complaints of a headache, fever (39.5°C), nausea, vomiting, aphasia, and tonic colonic movement two weeks after a cesarean section. There was no history of hypertension, heart disease, nasosinusitis, tympanitis, mastoiditis, or craniocerebral surgery, head trauma, or surgical site infection. Upon hospital admission, vital signs were as follows: body temperature 39.5°C, pulse 82 beats per minute, respiratory rate 18/min, and blood pressure 125/70 mmHg. The examination revealed that the patient had a Glasgow coma scale (GCS) score of 10/15. She had a clean wound on the abdominal area in the site of section. Convulse stopped after the administration of 5 milligrams of intravenous diazepam. Routine blood analyses showed white blood cell count of 23500 /L, neutrophils of 87.2%, and lymphocytes of 12.8%. The brain CT scan and Magnetic resonance imaging (MRI) showed a subdural fluid collection in parieto-frontal on the left side (Figure 1A - B). She underwent empirical antibiotic therapy including intravenous vancomycin (1 gram Q 12 hours), intravenous metronidazole (500 milligrams Q 8 hours), intravenous ceftriaxone (1 gram Q 12 hours) and subsequently urgent craniotomy, drainage, and evacuation of pus were done. The purulent materials was sent for culture and sensitivity tests. After the operation, the patient was transferred to ICU, continued antibiotic therapy, and underwent phenytoin intravenous 500 milligrams IV for loading dose and then 125 milligrams Q 12 hours for seizure prophylaxis. After 72 hours, the culture was positive for methicillin-resistant S. aureus sensitive to vancomycin, ciprofloxacin, and cefotaxime and resistant to metronidazole and ceftriaxone. Thus, the antibiotic therapy change to vancomycin 1 gram Q 12 hours alone and ceftriaxone and metronidazole discontinued. The antibiotic therapy continued for 4 weeks and the patient symptoms and signs improved. The patient was discharged home with a Glasgow coma scale score of 15/15 without neurological deficit and seizure.

Subdural empyema is a neurosurgical emergency that needs early diagnosis and prompt management to leading a good functional neurologic results. These lesions progress quickly; a delay in the diagnosis and treatment can increase intracranial pressure and worsen clinical conditions leading to coma and death within 24 to 48 (17, 27). In our case, the patient was operated within 24 hours of hospitalization and discharged without neurological deficit. In a study on the importance of early diagnosis of subdural empyema, it was shown that the risk of disability on a patient undergoing the operation within 72 hours was 10% versus 70% after 72 hours (22). In a cohort study (28), the most common source of infection was in sequence neurosurgery intervention (44%), sinusitis (28%), otogenic infections (14 %), skull trauma (8%), meningitis (3%), and unknown (1%). In other studies, sinusitis and otogenic sources comprised the highest proportions of infection sources (29). In our case, subdural empyema occurred after the surgery in the distant site of the brain. Subdural empyema might happen after the surgery; it rarely is associated with septicemia because of the valve-less diploic veins (10). In our study, one of the presenting signs of SDE was a tonic-clonic seizure that stopped rapidly by IV diazepam and with a prophylactic dose of phenytoin; in the duration of hospitalization, convulse did not happen. Seizures (focal or generalized) have been reported in about 50% of patients (30, 31). Therefore, some studies and centers recommend the prophylactic anticonvulsants (12, 13, 15, 32). In a 10-year case series study on 36 patients with SDE, seizure occurred in eight patients (32%) out of 25 patients during hospitalization despite the use of oral prophylactic anticonvulsants. In this research, a large percentage of patients (69%) were receiving anticonvulsants based on the diagnosis of SDE. Among those patients, 32% had seizures during the hospitalization and the others (about 25%) had seizures after discharge (33). The seizure’s rate indicates that further research on optimal seizure prophylaxis is required in patients with SDE to reduce the incidence of complications.

The brain CT scan with contrast is commonly recommended for the initial imaging evaluation in suspected patients because it is available and results can be quickly applied (4, 17). If SDE does not detect by CT scan, MRI with gadolinium is recommended (13, 17). In our case, the site of SDE was in parieto-frontal convexity. In a 10-year case series study, the most common site of SDE was frontal convexity followed by frontoparietal convexity (33). Our case underwent antibiotic therapy and urgent craniotomy including wide exposure and evacuation of purulent infected materials within 24 hours of hospitalization.

Subdural empyema may occur following distant surgery in rare cases. The common clinical presentations are headache, fever, neurological deficits, nausea/vomiting, and first-time seizures. CT scan with contrast is a rapid, noninvasive, and available technique for early diagnosis of SDE and if it is inconclusive, MRI with gadolinium should be performed. Early diagnosis and rapid management of SDE decrease the risk of disability and improve the prognosis. Seizures are common in patients with SDE. Therefore, the use of prophylactic anticonvulsants in the duration of hospitalization should be considered and further studies are required. Any patient after a recent surgery presenting with fever, nausea/vomiting, neurological deficits, or first-time seizures should be evaluated for subdural empyema.

Copyright © 2018, Archives of Neuroscience. This is an open-access article distributed under the terms of the Creative Commons Attribution-NonCommercial 4.0 International License (http://creativecommons.org/licenses/by-nc/4.0/) which permits copy and redistribute the material just in noncommercial usages, provided the original work is properly cited.
download pdf 2.18 MB Peer Review Comments ( 224.41 KB) Get Permission (article level) Import into EndNote Import into BibTex
Number of Comments: 0