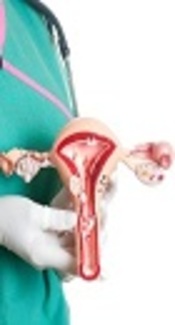 Cervical cancer is currently among the most important causes of cancer-related deaths in women. The development of cervical cancer is associated with high-risk human papillomavirus (HPV) infections and a series of epigenetic changes in host cell genome, such as histone acetylation. Furthermore, decreased E-cadherin level has been shown to play a critical role in cancer cell invasion and metastasis. Oxamflatin has been reported to have anti-cancer efficacy.

We aimed to study the effect of this drug on cervical cancer cell lines, HeLa cells, by assessing E-cadherin level as a marker of cancer invasion susceptibility.

The present study proposed that oxamflatin may have anti-migratory and anti-invasive potential against cervical cancer cells, which should be further evaluated in future studies.

Cervical cancer is regarded as one of the most common causes of cancer-related deaths in women (1), emphasizing the importance of investigating new treatment drugs for this malignancy (2). It is estimated that 95% of cervical cancer cases are mediated by persistent high-risk human papillomavirus (HPV) infections (1), encoding two major oncoproteins of E6 and E7 that interact with and inactivate p53 and pRB cellular tumor suppressor proteins, respectively (3). The formation of cervical cancer is associated with several alterations in the epigenetic patterns of both HPV and host cells, such as DNA methylation, histone methylation, and histone acetylation (4). Histone deacetylases (HDACs) remove the acetyl groups on histone tails, which results in enhanced positive charge of histone proteins; this leads to more tightly folded DNA and then suppressed gene expression contributing to cancer (5). Oxamflatin, a novel HDAC inhibitor, has been shown to have strong cytostatic effects and potential toxicity against a variety of tumor cell lines (6).

E-cadherin is a major component in epithelial cell adhesion with a tumor suppressor function, loss of expression of which contributes to tumor development and metastasis (7). Studies showed that E-cadherin can be downmodulated or inactivated by mechanisms such as histone deacetylation in malignancies (8), an event that could be targeted by agents such as HDACIs for anti-cancer drug development.

The aim of this study was to examine the anticancer properties of oxamflatin, an HDAC inhibitor, on the expression of E-cadherin in a HeLa cell line.

Oxamflatin was dissolved in different concentrations (1, 2, 4, 6, and 8 μM) of dimethyl sulfoxide (DMSO). The results were obtained by measuring absorbance at 570 nm.

After culturing HeLa cells in 12-well culture plates and obtaining a confluency of 80%, the cells were treated with the concentrations of 0, 1, 2, and 4 μM of oxamflatin for 24 and 48 hours, which subsequently were obtained and suspended in DMSO. Total RNA was extracted and cDNA was applied for real-time polymerase chain reaction (PCR) analysis.

During quantitative real-time PCR assay, E-cadherin mRNA level was determined by using a SYBR Green Master Mix. The expression of E-cadherin mRNA was performed using the following primer sequences: E-cadherin, forward: 5’-AGGGGTTAAGCACAACAGCA-3’ and reverse: 5’-GG-TATTGGGGGCATCAGCAT-3’. Then, its expression level was normalized to the level of endogenous housekeeping gene mRNA, GAPDH, by using the 2 -ΔΔct method.

4.1. Oxamflatin Has Inhibitory Effects on the Viability of HeLa Cervical Carcinoma Cell Line

Treatment with 0, 1, 2, 4, 6 and 8 μM of oxamflatin decreases the viability of HeLa cell lines in a concentration-dependent manner.

Real-time PCR findings demonstrated that oxamflatin treatment led to a time- and concentration-dependent increase in the expression levels of E-cadherin in oxamflatin-treated HeLa cells 24 hours after treatment. In other words, the level of E-cadherin expression at the concentration of 4 mM significantly increased compared to that in corresponding control HeLa cells (Figure 2).

Oxamflatin treatment increases E-cadherin mRNA expression in HeLa cell lines 24 hours after treatment. The cells were treated with DMSO (control) and 1, 2 and 4 μM oxamflatin. P values less than 0.05 are flagged with one star (*).

Real-time PCR findings demonstrated that the levels of E-cadherin expression at the concentrations of 2 and 4 mM (for 48 hours after treatment) significantly increased relative to that in corresponding control HeLa cells (Figure 3).

Epithelial-to-mesenchymal transition (EMT) renders cervical cancer cells more susceptible to metastasis, and reduced expression levels of E-cadherin have been shown in this malignancy (9). E-cadherin is a pivotal molecule involved in epithelial cell adhesion, aberrant expression of which has been demonstrated in various human malignancies as a result of irreversible (genetic) and reversible (epigenetic) modifications of the E-cadherin gene (CDH1), such that the epigenetic ones have been more implicated in E-cadherin downregulation (10).

In this study, we evaluated the impact of oxamflatin on HeLa cell line by determining the expression level of E-cadherin. Our results demonstrated that oxamflatin treatment leads to a time- and concentration-dependent increase in E-cadherin expression in cervical cancer cell lines.

There is ample evidence reporting that HDACIs could be applied to re-express silenced genes (9, 11). For example, valproic acid (VPA), as a HDAC inhibitor, led to the re-expression of E-cadherin in both HPV-positive (HeLa and TC1 cell lines) and negative (MKN45 and HCT116 cell lines) cell lines (9). In a study by Deep et al. (11), silibinin (as a HDACI) was shown to possess anti-migratory and anti-invasive effects on prostate cancer (PCA) cells, in-part through the up-modulation of E-cadherin expression. Similarly, Mateen et al. (10), demonstrated that silibinin and HDAC inhibitor trichostatin A (TSA) elevated E-cadherin levels in different sub-types of non-small cell lung cancer (NSCLC) cells; silibinin and TSA also downregulated a transcriptional repressor known as Zeb1, which leads to E-cadherin suppression through interacting with CtBP (a transcriptional corepressor) that further increases the recruiting of HDACs to the E-cadherin promoter regions.

In sum, oxamflatin enhances E-cadherin expression in cervical cancer cell lines. Considering the anti-migratory and anti-invasive functions of this tumor suppressor protein, it can be concluded that oxamflatin may be applied to limit the development and metastasis of cervical cancer, which should be further investigated in future in vivo and in vitro studies.

The present article was financially supported by the Research Department of the School of Medicine, Shahid Beheshti University of Medical Sciences (Grant No 8937).

Copyright © 2018, Archives of Clinical Infectious Diseases. This is an open-access article distributed under the terms of the Creative Commons Attribution-NonCommercial 4.0 International License (http://creativecommons.org/licenses/by-nc/4.0/) which permits copy and redistribute the material just in noncommercial usages, provided the original work is properly cited.
download pdf 430.21 KB Get Permission (article level) Import into EndNote Import into BibTex
Number of Comments: 0