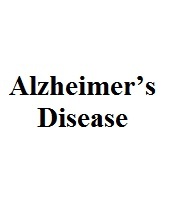 Increasing Serotonin Level Due to Neurodegeneration in Alzheimer’s Disease

I read with great interest the article entitled “The effect of running on positive and negative slopes on serotonin levels in the hippocampus tissue of rats with Alzheimer’s disease” by Hassanlouei et al. I would like to thank the authors for sharing their valuable experience on a rat model of Alzheimer’s disease.

This article has two unclear points. First, the authors made the AD model without explaining the confirmation method. Although animal models should be selected based on the purpose of research, there are criteria for evaluating and validating the animal model mainly to ensure the efficacy of the drug or neurotoxin applied to induce the disease model (3-5).

The second point is the reason for the serotonin increase that was attributed to exercise by the authors. In this research, the authors measured the serotonin level of the hippocampus after running. According to previous studies, exercise increases the serotonin level. The point of this article is that the serotonin level was higher in the AD group with exercise than in the AD group without exercise, and this is in line with previous studies. As regards, the induction of AD degenerates some of the serotonergic receptors. Increased serotonin and its transporters have an effective role in the reduction of amyloid β, a peptide that essentially involves in AD (6, 7). The point is that in the CA1 (subfield) region of the hippocampus in a mouse model of AD, the serotonergic fiber of non-damaged neurons sprouted by three months after model induction. However, this happened by pathological events, especially brain damage in the animal model, and this serotonergic fiber is degraded later because of the accumulation of amyloid β (8, 9). Therefore, this might be a protective mechanism and a reason for serotonin enhancement after making animal models. Another cause of serotonin enhancement is trophic factors such as Brain-derived Neurotrophic Factor (BDNF), which not only amplifies after using neurotoxic factors but also induces the sprouting of serotonergic fibers (10).

In conclusion, we need more investigations on the serotonin level in the early stage of AD and animal models induced with neurotoxins to clarify this complication.

Copyright © 2020, Gene, Cell and Tissue. This is an open-access article distributed under the terms of the Creative Commons Attribution-NonCommercial 4.0 International License (http://creativecommons.org/licenses/by-nc/4.0/) which permits copy and redistribute the material just in noncommercial usages, provided the original work is properly cited.
download pdf 76.80 KB Peer Review Comments ( 104.58 KB) Get Permission (article level) Import into EndNote Import into BibTex
Number of Comments: 0