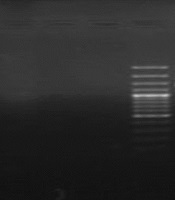 The aim of this study was to compare two culture and molecular methods in identifying Streptococcus gallolyticus in patients with colon diseases.

A descriptive study was conducted to detect Streptococcus gallolyticus in 55 patients with colon diseases referring to hospitals in Babol and Chalus, Iran. A polymerase chain reaction and culture technique were performed. Detection of Streptococcus gallolyticus after deoxyribonucleic acid (DNA) extraction from designed primers (PCO3, PCO4) was used for SODA gene. From the general culture medium, brain heart infusion (BHI) broth and specific medium for bacterial growth and detection were used. Then, the characteristics of the two methods were evaluated.

Of 55 biopsy samples of patients with colon diseases, 3 samples (5.5%) with 95% confidence interval were positive and 52 (94.5%) were reported negative in terms of DNA of Streptococcus gallolyticus. According to the culture test, 9 (16.4%) were positive and 46 (83.6%) were negative for diagnosis of Streptococcus gallolyticus bacteria. Based on the diagnostic agreement between the two methods, the ratio of 9 positive cases of culture method to 3 positive cases by polymerase chain reaction (PCR) method (3.6%) were reported positive both in terms of molecular and positive culture, and 7 (12.7%) out of 9 (16.4%) were negative. To investigate the agreement between the culture and PCR methods, the Kappa test was used, which was statistically significant (P < 0.015). Other studies which have been conducted using the culture method, reported a significant relationship between the family history of colorectal cancer, diabetes, and the presence of Streptococcus gallolyticus bacteria.

Considering the advantages, disadvantages, and the characteristics of both methods, none of them can be considered as a comprehensive, standard test at present. The simultaneous use of the two methods is recommended in cases where achieving fast results prevails, or when there is a likelihood of sample infection or late-growing microorganisms.

The human intestine, as a vital anatomical location, has the largest number of microbes so it is not hard to predict the leading role of the microbes as well as the bacteria on health status and different colon diseases (such as polip, colitis, crohn’s diseases) in this organ, especially in the development of colorectal cancers (1). Several clinical studies have demonstrated a strong association between invasive infections with Streptococcus gallolyticus and colon neoplasia in humans (2). Colorectal cancer is the fourth most common cancer worldwide (3). The incidence of this cancer varies in different areas. In the United States and England, colorectal cancer is the second most common cancer after breast cancer in women and prostate cancer in men (4, 5). In Iran, the number of patients developing colorectal cancer is increasing and is prevalent in both genders (6). Colon is a hollow muscular tube that starts from the end of the small intestine or ileum and ends in anus. The length of the intestine is 1.5 m and its largest diameter is reported to be at the beginning of the large intestine. Its diameter decreases to the rectum (7). The human's intestine is naturally exposed to 1014 microorganisms, which can be hazardous to people's health and cause intestinal diseases (8).

Therefore, the current study aimed at identifying the molecular structure of Streptococcus gallolyticus bacteria and its comparison with the microbial culture method in patients with colon diseases.

This descriptive research was conducted on 55 tissue samples of patients with colon diseases undergoing colonoscopy in two hospitals of Babol and Chalous Hospital, Iran during the 8 months from February 2017 to September 2018. Written informed consent was obtained from patients before sampling. A checklist including demographic information such as age, sex, duration of illness, place of residence, family history of disease, and having clinical symptoms such as abdominal pain, rectal bleeding, fatigue, history of rectal hemorrhage, history of hemorrhoids, constipation, diabetes, and colonoscopy findings (polyp size, site, histopathology) were prepared and then the data were collected. The inclusion criteria were: patients who underwent colonoscopy due to colon diseases such as polyp, colitis, crohn’s diseases colorectal cancer, patients with histology or cytology conformation. Patients with missing clinical information and incomplete colonoscopy examination were excluded. The tissue samples were collected by colonoscopy by a specialist physician, partly for DNA extraction and performing PCR in microtube 2 cc containing sterile physiology serum to the molecular laboratory at -20°C, and the other part was transferred to the microbiology lab for microbial culture in the culture medium brain heart infusion (BHI) broth.

At first, the BHI medium containing large amounts of intestinal microbes was maintained for 24 hours at 37°C inside the incubator. The next day, the color of the BHI medium was changed from bright yellow to opaque and a high number of bacteria were observed in the medium. The passage was then cultured on a new and specific Kenner Fecal (KF) Streptococcus Agar culture medium using streaking technique. After incubation for 24 hours at 37°C, micro-streptococcus bacteria grew. In the third stage, a part of the colony was removed and placed on blood agar. Furthermore, a 4-stage culture was performed for hemolysis. Subsequently, a part of the colony was transferred to the Bile Esculin Agar medium and any change in its color was recorded at 37°C for 24 hours. Again, a part of the colony was transferred to a nutrient broth medium containing 6.5% salt. The three media were examined after incubation for 24 hours at 37°C. Catalase test was performed on a number of developed colonies. A portion of the colony was placed at a temperature of 35°C after transferring to a tube containing Sodium hypochlorite (NaOCl) for 2 hours. To test the color, a few drops of ninhydrin reagent were added to the contents of the tube. In the end, after preparing microbial smear from grown colonies, gram staining and observation by lens 100 were performed.

For DNA extraction, 25 mg of tissue from each sample was dried with a few drops of liquid nitrogen. DNA extraction from the chopped tissue was performed according to the instruction of the FAVORGEN kit (made in Taiwan), column method by FATG2 buffers, K proteinase, and ethanol. Ultimately to dissolve the extracted DNA, Elution Buffer contained in the kit was used. The DNA extraction was performed quantitatively (1.6 < OD < 1.9) and qualitatively using PCO3: 5'- ACACAACTGTGTTCACTAGC -3 'and (5'-CAACTTCATCCACGTTCACC-3') PCO4 primers, which duplicate a part of the human gene β-globulin.

The primers were developed by NCBI and Primer3 software and synthesized by the Sinoclon Company and received as lyophilized.

Using 5'-CAATGACAATTCACCATGA-3 'and 5'-TTGGTGCTTTTCTCTTGTG-3 primers, the amplification and identification of the considered genes were performed. After preparing the final volume of each PCR reaction (20 μL), the vials were placed in the thermocycler machine. The temperature and time condition for a PCR reaction for the genes were performed. Finally, the detection and photographing of PCR products under Ultraviolet (UV) light after electrophoresis of the products for 2 to 4 minutes with agarose gel containing 1 - 0.5 μg/mL of Ethidium bromide were performed (The The results were entered into SPSS V. 16 software. The results of PCR and culture in two steps were considered as a golden standard and separately compared with microbial and PCR findings. Also, Kappa statistical test was used to compare the agreement between the microbial cultures with PCR. The significance level was considered as P < 0.05.

This descriptive study included 55 patients with a mean age of 13.90 ± 52.7 years old. The demographic characteristics and distribution of Streptococcus gallolyticus in culture samples according to the clinical symptoms and characteristics of the patients are presented in Table 1. Table 1 signifies a significant relationship between family history of colorectal cancer (P < 0.011), and diabetes (P < 0.008) with Streptococcus bovis. 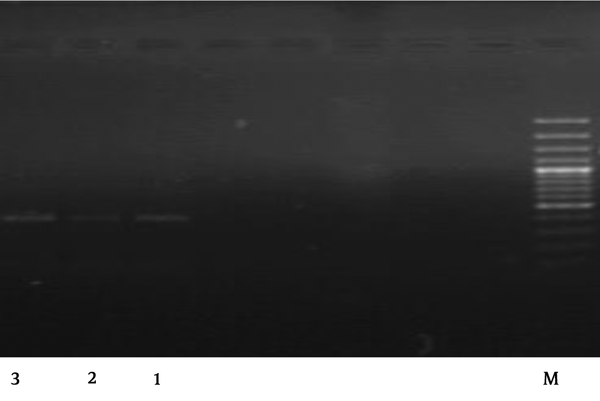 Table 2. Diagnostic Indices of Culture in the Diagnosis of Streptococcus gallolyticus in Patients with Colon Diseases Compared to PCR (PCR Gold Standard)

Laboratory findings of this study on the culture and PCR methods revealed that of 55 samples of biopsy tissues (polyps, colitis, cancer, and inflammation of the intestines), 5.5% were positive in PCR gallolyticus and 16.4% were positive in the culture technique in terms of the presence of Streptococcus. In a study conducted by Sarokhani et al., PCR showed the presence of bacterial genomes in 36 positive cultures out of 100 samples (20). Zurita and Alejandra's study on 568 patients over the age of 65 years identified 15 cases of Streptococcus gallolyticus bacteria (21). In another study, Iroh Tam et al. discovered that out of 537 patients, 12 positive samples (2.3%) with polymerase chain reaction and 15 cases of the culture samples were positive (22). Comparison of the culture and PCR method indicated that the sensitivity of the culture method was higher in the diagnosis of bacteria. However, the specificity of the molecular method was more in detecting Streptococcus gallolyticus. Also, the positive and negative likelihood of presence of bacteria in the PCR method was 10.22% and 0.80%, respectively. These rates were calculated at 5.5% and 0.38% for positive and negative likelihood in the culture method. As a result, the molecular technique is more accurate for assessing the presence of the bacterium. The next indicator in the diagnosis of bacteria is the positive and negative predictive value, which were 22.22% and 97.87% in the culture method, respectively, and 66.67% and 86.54% in the PCR method, respectively. Therefore, the positive predictive value in the diagnosis of Streptococcus gallolyticus bacteria is higher in the molecular method. In the culture method, the negative predictive value for the diagnosis of bacteria is more than the molecular method. The accuracy of the detection of Streptococcus gallolyticus was 85.71% and 85.45% for culture and PCR methods, respectively. As a result, the culture method has higher accuracy. The agreement between the two methods was obtained using the software calculation of the Kappa coefficient of 0.015, indicating the high agreement of the two methods together (one confirms the other).

Sarokhani et al. also showed that the samples had a 100% sensitivity, 40.6% specificity, 48.6% positive predictive value, and 100% negative predictive value. The agreement between the two methods was equal to 0.33% proposing a low agreement (20). In a study conducted by Nafisi et al., 78 positive cases with polymerase chain reaction and 48 cases of the culture samples were positive, the results of which were 100% consistent with those of PCR (23). Rhoads et al. found that the majority of bacteria that were recognized by the molecular method were not detectable by the culture method (24). Other studies also showed that the PCR method has a higher sensitivity for bacteria diagnosis (25, 26). Furthermore, Yosefzadeh Chabok et al. proposed that the comparison between two methods of culture and PCR in MRSA diagnosis reveals a 91% agreement between two methods, 99.2% sensitivity of PCR, and 82.8% specificity of PCR in bacterial diagnosis (27).

The results of the current study showed that although the culture method is still one of the inevitable methods for detecting Streptococcus gallolyticus and it has a higher specificity than PCR, bacterial culture from biopsy has several problems such as preparing a certain culture medium, providing conditions and keeping the culture medium from infection with other microorganisms requires several days and specific conditions for the emergence of colonies. The sensitivity obtained in this study was very high due to the freshness of the culture media, the rapid delivery of samples for culture, and the expertise of the sample taker who extracted most of the samples from the main region of polyps and cancerous masses. Molecular techniques have created a highly sensitive antibacterial bed for the detection of microbial pathogens. Sensitivity and specificity of PCR depend on the primer used. However, one of the most important factors in using PCR is the infections that can occur during DNA extraction, preparation of the reaction mixture and extension. Nonetheless, considering the advantages and disadvantages as well as the characteristics of both methods, at present, neither of these two methods can be considered comprehensive and standard. Thus, the simultaneous use of the two methods is recommended whenever a quick result is sought or there is a suspicion of sample infection and late-growing microorganisms.

Due to the time limit of more than 50 cases, access to the samples of patients with colon cancer and other clone diseases was not possible. Due to further investigation and confirmation of the role of Streptococcus gallolyticus in the development of colon cancer in the future, we suggest that this study should be performed in larger sample size compared to healthy controls.