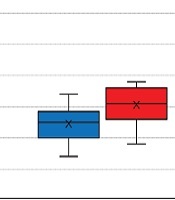 Breast cancer is the most frequent cancer among women. In line with the survival improvement of patients with cancer, the issue of treatment-induced toxicities becomes more important.

Between 2016 and 2019, women with histologically-confirmed early-stage left-sided breast cancer or ductal carcinoma in-situ (DCIS) without prior chemotherapy, who were candidates for adjuvant whole breast radiotherapy, entered the study. The radiation-induced cardiotoxicity was assessed, using a rise in high-sensitivity cardiac troponin I (hscTnI) over the radiotherapy. Likewise, the association between the percentage of heart receiving at least 25Gy (V25Gy) and the rise in hscTnI was evaluated as the secondary endpoint.

hscTnI is a sensitive marker to detect early radiation-induced cardiotoxicity. There is no association between V25Gy and the rise in hscTnI over radiotherapy.

Globally, breast cancer is the most common cancer and is the second leading cause of death among women in Iran and the rest of the world (1-5). According to the 2017 report of the ministry of health, the annual incidence of cancer in Iran was 118 400 cases, including 13 400 breast cancer. A higher incidence of breast cancer is reported in developed countries, but relatively higher mortality is found in developing countries due to underdeveloped treatment facilities and incompetent screening programs (1). It is estimated that by 2030, there will be more than 22.1 million cancer survivors in the United States (6). The increasing number of cancer survivors emphasizes the importance of radiation-induced toxicities, including cardiotoxicity (7). The long-term increased risk of cardiac disorders has been demonstrated in breast cancer survivors even more than 10 years after radiotherapy. However, there is still a lack of knowledge for early cardiotoxicity induced by breast radiotherapy before the onset of clinically significant cardiac events. Biomarkers represent a mainstay for the diagnosis of cardiac toxicities. They have a crucial role in the timely detection and monitoring of cardiotoxicity (8). Cardiac troponin I (cTnI) is a highly sensitive and specific biomarker of radiation-induced cardiac damage (9). Moreover, the effect of ethnicity on the radiation-induced cardiac toxicities has been demonstrated (10).

This prospective cohort is one of the few that evaluates the predictors of radiotherapy-induced cardiotoxicity in Iranian women with breast cancer.

Before commencing the study, ethical clearance was obtained from the Ethical Committee of Shahid Beheshti University of Medical Sciences, Tehran, Iran (Ethical code: IR.SBMU.MSP.REC.1398.419). Before assigning the patients to radiotherapy, written informed consent was obtained.

This prospective cohort was conducted at the Clinical Oncology center of Shohada-e Tajrish Hospital, Tehran, Iran. A total of 22 consecutive patients were enrolled between October 2016 and November 2019. Women with histologically-confirmed early-stage left-sided breast cancer or ductal carcinoma in-situ (DCIS) (according to the 7th edition of American Joint Committee of Cancer), who underwent breast-conserving surgery (BSC) and were candidates for adjuvant radiotherapy, were enrolled. None of the patients received intraoperative radiotherapy (IORT). The exclusion criteria were a medical history of cardiac disorders, renal failure, and recent stroke or subarachnoid hemorrhage. Moreover, patients who have received cardiotoxic agents, including doxorubicin, trastuzumab, epirubicin, and fluorouracil, were excluded.

All participants were allocated to receive 60 Gy in 2-Gy fractions over 6 weeks, including an additional boost of 10 Gy in 5 fractions. Computed tomography (CT) simulation was done in a supine position on the breast board with the same side arm above their heads. The segmentation of targets and organs at risk was done as per the radiation therapy oncology group (RTOG) protocol on CT slices with 3mm-thickness without intravenous contrast (11). Planning target volume (PTV) covered the remaining breast tissue in all patients with sufficient margins to account for the inter- and intra-fraction movements (5 - 10 mm in our unit). The entire heart was contoured from the treatment planning CT scans by the same radiation oncologist (M.K.). All patients were planned with wedged pair tangential photon fields with a 3-dimensional conformal technique, using the ISOgray treatment planning system. The daily set-up verification and correction were based on skin marks.

The primary endpoint was acute radiation-induced cardiotoxicity. Patients were evaluated before radiotherapy and after its completion with high-sensitivity cardiac troponin I (hscTnI). The serum samples after radiotherapy (RT) were taken on the last day of RT. The percentage of heart receiving at least 25Gy (V25Gy) was recorded to address the putative correlation with a rise in hscTnI as the secondary endpoint.

The data are expressed as mean ± standard deviation (SD) for normally-distributed continuous variables and as median with interquartile range (IQR) for variables with non-normal distributions. To evaluate the normal distribution, the Kolmogorov-Smirnov test was applied. To compare the hscTnI before RT versus hscTnI after RT, we used the dependent t test. Spearman correlation was performed to evaluate the correlation between the rise in hscTnI and V25Gy. The statistical significance level was set to 0.05. All analyses were performed, using IBM SPSS Statistics (version 26.0, Armonk, NY, USA, IBM Corp.).

A total of 22 patients were included in the overall cohort. All patients received the treatment based on the assigned RT dose and schedule. Baseline characteristics, V25Gy, and hscTnI of the patients are presented in Table 1. Mean ± SD hscTnI for the whole study population was 12 ± 2 ng/L before radiotherapy and 15 ± 2 ng/L after completion of radiotherapy. The median (IQR) V25Gy was 8.05% (6.95% - 8.95%). Figure 1 demonstrates the rise in hscTnI after adjuvant whole breast radiotherapy.

aBased on the American Joint Committee on Cancer, 7th edition, 2010.

The present study revealed the modest but significant increase of hscTnI after whole breast adjuvant radiotherapy of patients with left-sided breast cancer. However, it remained in the normal range over the radiotherapy. This finding is in line with the literature. In 2010, Nellessen et al. have shown the persistence of hscTnI within the normal range upon 6 weeks after radiation to the chest (15). Likewise, Hughes-Davies et al. demonstrated similar results for high-sensitivity cardiac troponin T (hscTnT) in 50 women with early-stage breast cancer, who underwent RT to the entire left breast following conservative surgery (16). They concluded that RT to the left breast does not affect hscTnT levels, even though a portion of the myocardium lies within the high-dose region. In 2017, Zaher et al. evaluated the effect of radiation on cardiac function by examining the left ventricular ejection fraction (LVEF). They concluded that in patients with left-sided breast cancer, LVEF is an appropriate prognostic factor for radiation-induced cardiotoxicity (1). Moreover, they found that hscTnI can predict subclinical damage to the heart.

The results of this research demonstrated no correlation between the rise in hscTnI and the V25Gy. In 2015, Skytta et al. demonstrated the positive association between cardiac radiation doses for the whole heart and left ventricle in chemotherapy-naive breast cancer patients, who underwent adjuvant whole breast radiotherapy (12). Based on the Skytta et al.’s study, the positive correlation between the rise in hscTnT and left ventricle/whole heart is limited to the V5Gy, V10Gy, V15Gy, and V20Gy. However, the correlation was not significant with V30Gy. Based on the results of Skytta’s study and ours, we speculate that V25Gy is not the appropriate predictor for radiation-induced cardiotoxicity, and the percentage of the structure receiving less than 20 Gy can predict the cardiotoxicity in women with left-sided early-stage breast cancer receiving adjuvant whole breast radiotherapy. This assumption needs to be evaluated in further studies.

Some limitations of this study should be considered when interpreting the results. Firstly, we did not include the data of electrocardiogram and echocardiography of patients. Secondly, the segmentation was limited to the whole heart and pericardium anatomy and did not include the substructures, including the left ventricle and left anterior descending artery (LAD). The structural segmentation of the heart provides more detailed information. Thirdly, the time points of the evaluation were limited to before and after the completion of radiotherapy. Assessment with longer follow-up can indicate the late effect of radiation on the heart. Fourthly, the small sample size could have biased the results. Another potential limitation of this trial is its single-center condition; therefore, the composition of participants, radiotherapy protocols, resources, and staffing characteristics are potentially limited to the generalizability of our results.

Although these limitations are important, this is one of the few studies of radiation-induced cardiotoxicity among Iranian women with breast cancer. Studies evaluating the toxicity of radiotherapy in different ethnicities are necessary to help clinicians make better decisions.

The results of this trial demonstrate the sensitivity of hscTnI for the diagnosis of cardiac injury even just after the completion of radiotherapy. Moreover, we showed that V25Gy is not an appropriate factor to predict the rise in hscTnI in women, who underwent adjuvant whole breast radiotherapy. Further studies are needed to reveal this notion.

This article has been extracted from the thesis written by Dr. Maryam Karimi in the School of Medicine, Shahid Beheshti University of Medical Sciences (Registration number: 419). We would also like to thank the staff of the clinical oncology department of Shohada-e Tajrish Hospital for their contribution to the maintenance of the patient records and data collection without whom, carrying out this project would be impossible.