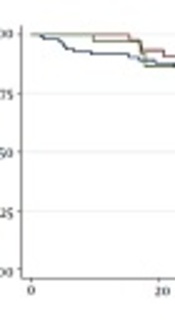 This study compared the outcomes of these 3 methods with each other.

Within 60 months, 217 unselected breast cancer patients in Cancer Research Center of Shahid Beheshti were under treatment with BCS after NACT. They received boost dose radiation in 3 groups; 115 patients in the EBRT group, 39 patients IOXRT group, and 63 patients in the IOERT group. All of them received WBRT after surgery.

Intraoperative radiotherapy (IORT or IOXRT) as tumor bed boost during BCS after NACT had at least non-inferiority compared with EBRT. In non-PCR patient, IOXRT group had non-significant better outcomes (DFS).

Preoperative chemotherapy (neoadjuvant) describes the management of chemotherapy before surgery. The initial indication of neoadjuvant therapy is traditionally for facilitating breast surgery. Patients requesting breast conservation, who are not candidates of this approach after diagnosis, might expect overall breast conservation rates of 72.3% (OR = 1.7, 95% CI = 1.6 - 1.8) (1, 2). No difference has been observed in disease-free survival (DFS) or OS in multiple neoadjuvant versus adjuvant therapy trials (3-5). Several studies in patients with large or local advanced breast cancer (LABC) indicated appropriate local control in breast conserving surgery (BCS) (3, 4, 6). Nevertheless, the other large randomized trials show a non-significant rise in breast recurrence in the conservation group compared with mastectomy group (4, 5). The patients achieving a pathologic complete response (PCR) defined as ypT0/ypN0 probably experience more survival benefits in comparison with those who cannot achieve a PCR (7).

Adding a radiation therapy “boost” or an additional dose delivered to the tumor bed following the whole-breast irradiation is involved with a reduced risk of local recurrence in comparison with giving whole-breast RT alone in randomized trials (8-10). The decrease was significant and not dependent on age, but it was in absolute terms for 40-year-old women or younger, who had the greatest baseline risk of recurrence. There are ongoing trials, suggesting that giving intraoperative radiotherapy (IORT) as a boost for high-risk patients followed by planned WBRT may further decrease their risk of local and systemic recurrences:

Hypofractionated Whole-Breast Irradiation (HIOB) following intraoperative electron boost. The reduced overall duration of the treatment without compromising local control rates, the multicenter HIOB trial began in January 2011 as an ISIORT. In this trial, boost IOERT of 10 Gy is blended with hypofractionated WBI (15 × 2.7 Gy) for breast cancers of stages I/II. A comparable idea of IOERT in addition to short-term WBRT underwent the test in a stage II design by the Milano Group (11). A number of 1 109 patients receiving a mean of 10-Gy IORT boost delivering via electrons were analyzed. A local recurrence of 0.8% was observed with a 6-year follow-up (12).

The effectiveness of the TARGIT method for the delivery of a tumor bed boost (20 Gy) in 299 unselected patients was scheduled to receive 45 to 50 Gy WBI. The 5-year locoregional recurrence rate of the TARGIT boost was 1.7% with an average follow-up of 60.5 months (13). These outcomes, alongside several retrospective series, suggest the utilization of IORT as a boost.

A study (2013 - 2017) was performed on 968 patients with invasive breast carcinoma (ductal and lobular) and compared outcomes of EBRT with IOERT as a boost. It showed that IOERT as boost contained no inferiority in comparison with EBRT (14).

In another retrospective study, among 116 patients, who received neoadjuvant chemotherapy, 61 patients received tumor bed boost with IORT (low kV X-ray) and 55 patients received EBRT during 49 months. No significant difference was observed in local recurrence, distant relapse, and DFS. IORT group was significantly (918.2%) better for distant DFS. Overall survival was higher (15%) in the IORT group due to non-breast cancer mortality (15).

Studies with more patient and extended follow-up are needed to determine true efficacy but theatrically boost IORT may be more accurate, especially in high-risk situations such as BCS in locally advanced breast cancers after neoadjuvant chemotherapy.

It was a longitudinal non-randomized cohort study conducted between October 26, 2013, and October 22, 2018, in Cancer Research Center of Shahid Beheshti University; 217 unselected patients with advanced breast cancer (stage 2B and 3) receiving neoadjuvant chemotherapy were under treatment with BCS and WBRT with 50 Gy in 25 fractions. They received tumor bed boost RT in 3 different types:

For women with documented breast cancer, whose location of their tumors were marked before initial chemotherapy, wide local excision was done and the specimen was sent for frozen section pathology; then, axillary dissection was done. If margins were free in the first and second groups, intraoperative radiation as boost would be done according to protocol and IORT team consensus (including breast surgeons, radiation oncologists, and physicists). In the third group, metallic clips placed in the tumor bed and boost RT was determined by the place of these clips after WBRT. PCR is referred to as the absence of any residual invasive tumor in specimen or lymph nodes. In case hormone receptors were positive, patients would receive adjuvant endocrine treatment. Chemotherapy regimen used was 4 cycles Doxorubicin and Cyclophosphamide followed by 4 cycles Paclitaxel. Patients with human epidermal growth factor receptor 2 (HER2) positive tumors received Trastusumab starting together with taxan and continued after surgery.

The patients were followed every 6 months as outpatients. This non-randomized cohort study compared the results of the patients receiving tumor bed boost IOXRT (low kV) with boost IOERT and EBRT after neoadjuvant chemotherapy in 3 groups. The primary outcome was an event; local recurrence (Ipsilateral breast or axilla), systemic recurrence (distant metastases), and death. DFS was determined as the time from diagnosis to last follow-up or event. The outcomes of 217 patients at 60 months were analyzed and compared in 3 groups. Survival analysis was used to analyze data. The probability of survival was investigated by life table Kaplan-Meier curves. “Log-Rank test” was used to evaluate the difference in DFS among 3 groups. Both bivariate and multivariate Cox proportional regression models were used. In the survival analysis, the hazard ratio (HR) is referred to the probability of occurrence of an event in the special moment, provided that no event occurs before that moment. In the survival analysis, the conclusions are made based on the HR so that if the value is greater than one, that group is considered to be at increased risk for the occurrence of the event compared to the base group. Data were cleaned, coded, and entered in the software. All statistical analyses were performed at 95% of significance level, using Stata software version 14. The Ethics Committee of Shahid Beheshti University of Medical Sciences approved this study.

It was the first study that compared the outcome of patients, who received 3 variable methods of boost RT such as EBRT (10 Gy/5 fractions after WBRT), IOXRT (20 Gy intraoperative with spherical applicators), and IOERT (12 Gy intraoperative with electron). All tumors were advanced in 3 groups, but all patients received NACT and became eligible to BCS.

In this study, local recurrence, systemic recurrence, death, and any events were not significantly different among the 3 groups. IORT (IOERT OR IOXRT) as tumor bed boost had at least non-inferiority compared with EBRT. IOXRT groups had non-significant, lower events, and better DFS. In non-PCR patients, when considered multivariate Cox proportional regression models, adjusted HR was 0.5 for IOXRT, showing that non-PCR patients with IOXRT as boost had better DFS outcome, although it was not significant. More studies are recommended with larger sample size and longer follow-up period.

IORT as boost improves “geographical miss” (12, 16, 17) due to the direct visualization of the radiation device in the lumpectomy cavity. Potential technical benefits of IORT contain decrease in patient setup variability and the minimization of dose to organs at risk. The biological benefits of IORT consist of DNA breakage, restricted tumor cell repopulation, reduction in cytokine production, influence on the resultant tissue microenvironment, and immune system (18); when using low-KV X-rays, it has a higher relative biologic effectiveness (RBE) factor (19, 20) that might generate a microenvironment, which is not favorable to invasion or tumor growth (18). Single large dose RT induces antitumor immune responses, mediating “abscopal effect”, which is described as the regression of non-irradiated tumors or metastases distant from the irradiation site (21). By shifting the tumor into an in situ vaccine, radiotherapy might trigger host immune mechanisms and immunize a patient against cancer.

Previously, it was known that women with primary clinical large tumors were at a low risk of recurrence in case the tumor shrank to a solitary nidus or indicated a PCR, but the recurrence rate of breast cancer was 20% among patients with T3 or T4 tumors that left a multifocal pattern of residual disease (22).

IORT as boost improves outcome by delivering the optimal dose of radiotherapy immediately after the excision of cancer during the same operation to the well-vascularized tissue of the margins to damage all cancer cells that may be remained around the tumor just on time without any delay (23).

In this study, non-PCR patients had a better outcome (DFS) in IOXRT compared with other groups (HR = 0.50); it was not significant, but suggested that in high-risk patients, who were non-responders or partial responder with multifocal pattern of residual disease after NACT, IOXRT as boost may be a better choice.

IORT (IOERT or IOXRT) as tumor bed boost during BCS after NACT had at least non-inferiority compared with EBRT. Deaths were non-significantly lower in IOERT group and other events were lower in IOXRT. The non-PCR patient had better outcome and DFS in IOXRT boost group compared with IOERT and EBRT groups, but it was not significant. More studies are recommended with longer follow-up period and larger sample size.