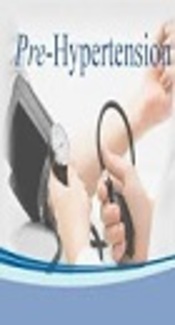 Pre-hypertension is proposed as an independent risk factor for the incidence of cardiovascular diseases.

This study aimed to explore the main factors associated with pre-hypertension via testing a hypothesized model in Tehranian adults.

The study was conducted within the framework of the Tehran Lipid and Glucose Study (TLGS) between 2009 - 2011 on 4640 adults without hypertension, aged ≥ 20 years.

Level of TG and WC in both genders are direct modifiable associated factors of pre-hypertension. These findings could be considered in designing future health promotion programs aimed at preventing high blood pressure and its consequences among Tehranian adults.

Hypertension is a well-known factor for cardiovascular complications (1). A worldwide report in 2000 showed that over 26% of individuals of all ages have hypertension, a prevalence likely to reach 29% by 2025 (2). Although hypertension has attracted much attention due to its high morbidity and mortality, complications of high blood pressure occur at lower values than those that are currently used to be classified as hypertension (3). In 2003, a new classification of blood pressure status, termed pre-hypertension, was introduced and was defined as having either a systolic blood pressure (SBP) of 120 - 139 mmHg and/or diastolic blood pressure (DBP) of 80 - 89 mmHg in the absence of antihypertensive medications (4). This condition is associated with an increased risk of cardiovascular and cerebrovascular diseases as well as total mortality (5). Pre-hypertension is highly prevalent in Iran (about 46% of Iranians aged 25 - 64) and considering its high progression rate of 56% over seven years to hypertension, it predicts an alarming trend (6, 7). The data highlights the need for identifying the predisposing factors of pre-hypertension in Iranian populations.

Although it has been extensively shown that men are at a higher risk of developing pre-hypertension (7-10), there are relatively few studies investigating gender differences in assessing risk factors of this disorder (11). Limited socio-behavioral and cardio-metabolic factors have been investigated in most previous studies, most of which have applied first generation of multivariate techniques, which preclude a holistic approach to identify mediators of the association of each factor with pre-hypertension. As one of the first investigations, using a statistical approach of structural equation modeling (SEM), the current study aimed to examine sex-specific models of factors related to pre-hypertension, based on the available literature. Using SEM allowed us to investigate different direct and indirect associations of socio-behavioral and cardio-metabolic factors with pre-hypertension to provide a comprehensive view of their associations and interactions in a non-hypertensive population of Tehranian adults.

The Tehran Lipid and Glucose Study (TLGS) is a large scale community based prospective study performed on a representative sample of residents of district-13 of Tehran (15). A total of 6016 adults (≥ 20 years old), who participated in the fourth phase of TLGS, between 2009 and 2011, were included in this study. Of these, after excluding 1104 individuals with hypertension and 272 individuals with extreme or missing date values 4640 individuals were considered for the final analysis. Remaining participants had completed data on socio-demographic factors, leisure time physical activity, dietary patterns, and cardio-metabolic risk factors. They signed a written consent form and the Ethics Committee of the Research Institute for Endocrine Sciences approved this study, which has been conducted in accordance with the 1964 Helsinki declaration.

Modifiable Activity Questionnaire (MAQ) was used to assess information on leisure time physical activity and MET-min/day calculation (16). Finally, five groups were defined for leisure time physical activity; one group consist of those who had no leisure time physical activity and four groups were categorized, according to quartiles of daily calculated MET for leisure time physical activity. A validated 168-item semi-quantitative food frequency questionnaire (FFQ) (17) was used by trained dietitians to collect dietary data of participants. The usual intake (portion size) of each food item was obtained based on a daily, weekly, monthly and yearly basis during the last year, then it was converted to daily intakes (gram). Exploratory Factor Analysis (EFA) was used to detect dietary patterns using the information of 23 food groups. Blood pressure was measured twice using a standardized mercury sphygmomanometer on the right arm, after a 15 min rest in a sitting position; the mean of these two measurements was considered as the subject’s blood pressure. Pre-hypertension was defined as having either a SBP of 120 - 139 mmHg and/or DBP of 80 - 89 mmHg in the absence of antihypertensive medication (4).

Mean ± SD for continuous variables and the frequency (percent) distribution of categorical data for responders, with and without pre-hypertension have been reported. To compare continuous and categorical data between those with and without pre-hypertension, independent sample t-test and Chi-Square test were used, respectively. The latent constructs of “poor dietary pattern” and “healthy dietary pattern” were explored separately on 50% randomly selected responders, using EFA. To estimate factor loadings of observed variables (food groups) for each latent construct, Principal component analysis (PCA) with orthogonal varimax rotation was conducted.

2.4. The Measurement Model or CFA

2.5. The Structural Model or SEM

The socio-demographic characteristics were considered as exogenous variables and behavioral factors including leisure time physical activity, dietary patterns, and cardio-metabolic risk factors including HDL, FBS, TG, and WC were considered as mediators. The presence of pre-hypertension (yes/no) was an endogenous variable (Figure 1). Using the structural model, gender-specific relations between the above-mentioned factors were examined. 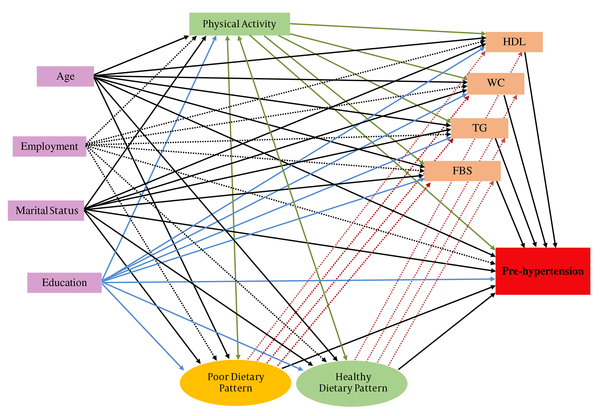 All of the SEM models were fitted by the Maximum Likelihood Estimation method; model fit measures could then be obtained to assess how well the proposed models captured the covariance between all the measures in the models. Some of the model fit indices assessed included χ2, the ratio of the χ2 to degrees of freedom (CMIN /DF), the Comparative Fit Index (CFI), the Root Mean Square Error of Approximation (RMSEA), the normed fit index (NFI), goodness of fit index (GFI), and incremental fit index (IFI); CFI ≥ 0.90 and the RMSEA ≤ 0.08 are generally considered to represent a reasonable model fit to the data. We used SPSS v20 for data management, descriptive statistics, and comparisons as well as Amos v20 software for CFA and to test the structural model. P-values < 0.05 were considered statistically significant.

The mean age of participants was 38.61 ± 12.14 years and 56.6% of them were female. More than one third of studied participants had pre-hypertension (35.4%) with significantly higher prevalence in males compared to females (46.5% vs. 26.9%; χ2 = 190.7, P < 0.001). Further descriptive statistics of observed variables, comparing those with and without pre-hypertension, are presented in Table 1. As a whole, age, education, marital, and employment status were significantly associated with pre-hypertension, however, further analysis by sex groups indicated that education and employment status were not significantly associated with pre-hypertension in males; WC and cardio-metabolic risk factors were significantly related to pre-hypertension in both sexes (P < 0.001). The distribution of pre-hypertension did not differ significantly with varying levels of leisure time physical activity in both sexes. Based on eigenvalues > 2, two dietary patterns were detected using EFA including, 23 food groups of 2320 subjects. A total of 42% of total variance were explained by two detected healthy and poor dietary patterns. The factor loadings of each food group can be found in the online supplementary material. The CFA was conducted on the other half of the subjects (n = 2320) (Figure 2). Goodness of fit indices for evaluating CFA of dietary pattern constructs are reported below Figure 2. All of them are within acceptable levels. 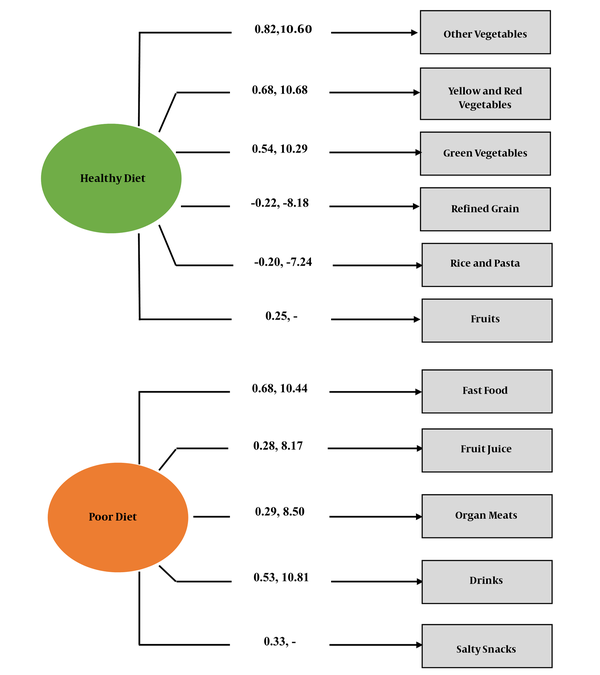 Table 1. Descriptive Statistics of Respondents Based on the Presence of Pre-Hypertension by Sex Groupsa,b

bP-values according to independent-sample t-test and χ2-test between non-pre-hypertensive and pre-hypertensive groups, P-value < 0.05 was considered statistically significant. 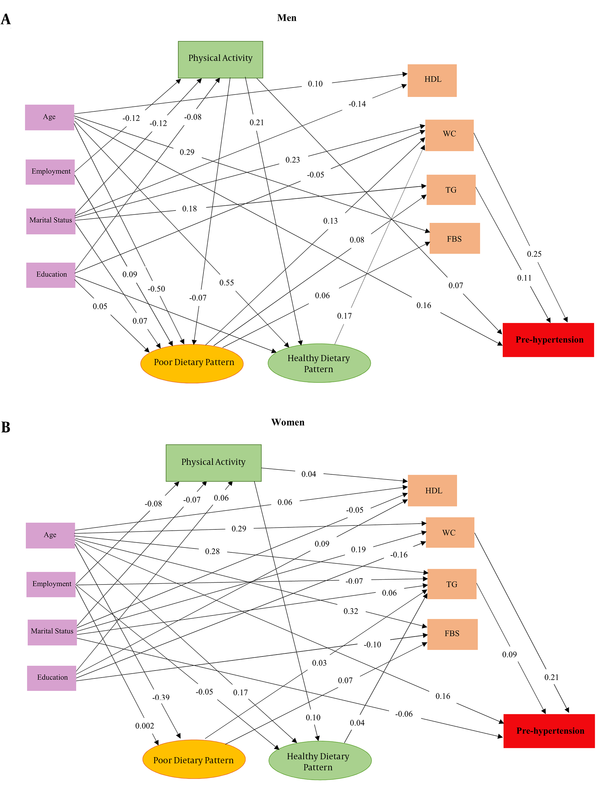 b Unemployed group was considered as reference group.

Dietary modifications with focus on adherence to a healthy diet rich in fruits and vegetables and avoiding poor diets rich in salt were found to be effective in decreasing the risk of pre-hypertension (13). However, in our population, both poor and healthy diets increased pre-hypertension through WC and TG in both genders. While energy balance is an important factor in the prevention of pre-hypertension (13), previous reports of TLGS referred to higher energy intakes among Tehranians with a healthy diet compared to those with poor diet (22); a finding which could shed more light on our current results regarding the relations observed of the healthy dietary pattern with WC and TG in the studied population. In this study, physical activity was directly associated with pre-hypertension among men. Our findings support the results of the Janghorbani et al., study conducted on Iranian men and women (11) and another report from a Western population (23), which showed no protective effect of physical activity on pre-hypertension. Guidelines recommend that all individuals should try to accumulate at least 30 minutes of moderate physical activity per day, 5 or more days a week, to benefit from the effects of physical activity; however, almost half of the individuals known to be physically active in our population had less than 30 min/week physical activity (24), an amount that cannot possibly lower the risk of pre-hypertension. Among socio-demographic factors, age, in both genders, and marital status, only in women, were directly associated with pre-hypertension. Previous studies suggest that married women may be at a health advantage compared to their unmarried counterparts due to increased availability of socioeconomic resources (25), which may mediate the negative association of marital status and pre-hypertension in women. However, married men and women are less conscious of their body weight compared to single ones (26), which can yield the positive association between being married and WC and TG in our study. In addition, married men, but not women, have a poorer diet, which in turn, increases pre-hypertension through WC and TG. Overall, it is important to advise married people, especially men, to engage in weight management programs and control their TG to prevent pre-hypertension.

In this study, compared to educated individuals, men and women with low education levels were predisposed to pre-hypertension, especially due to their higher risk of abdominal obesity. Highly educated people have a higher rate of doctor visits, which, in addition to education per se, may cause an increased awareness of the mechanisms of good health, body weight, and blood pressure; this, in turn, leads to better weight management and lower incidence of pre-hypertension (27, 28). Moreover, nutrition knowledge of educated individuals improves their quality of diet (29), which is consistent with results of our study, i.e. education increased a healthy diet in men; however, it should be noted that education could also increase poor diet less strongly in this study. The latter result underscores the need for translation of nutrition knowledge into better dietary practices to prevent pre-hypertension at least in part of the educated people. Regarding employment status, being employed was associated with a decrease in healthy dietary patterns in women. Recent findings suggest that employed women spend less time cooking compared to their housekeeping counterparts, which leads to lower diet quality and increased pre-prepared food consumption (30, 31). However, being employed was a protective factor against hypertriglyceridemia in women. Data, in accordance with those of previous studies (31), may be related to the stress of unemployment and its consequences on mental health (32).

This is one of the first efforts to test the sex-specific pathways of interrelated factors leading to pre-hypertension among a large Eastern-Mediterranean population without hypertension. However, certain limitations should be considered in the interpretation of the results of this study. First, this study has been conducted on an urban population, so its results may not be generalizable to rural populations. In addition, there are other predisposing factors that could affect pre-hypertension, which have not been considered in the current study.

The authors wish to acknowledge Ms. Niloofar Shiva, for critical editing of English grammar and syntax of the manuscript.

Copyright © 2018, International Journal of Endocrinology and Metabolism. This is an open-access article distributed under the terms of the Creative Commons Attribution-NonCommercial 4.0 International License (http://creativecommons.org/licenses/by-nc/4.0/) which permits copy and redistribute the material just in noncommercial usages, provided the original work is properly cited
download pdf 1.40 MB Abstract XML Get Permission (article level) Import into EndNote Import into BibTex
Number of Comments: 0