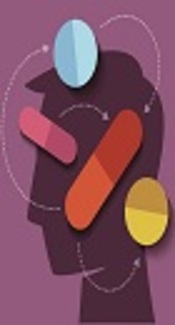 The Relation Between Evolutionary Life Strategy, Temperament and Character in Individuals with Opioid Use Disorder

Although many risk factors have been proposed for the etiology of the addiction, little research has been conducted from the perspective of evolutionary psychology. The theory of life strategies (with respect to evolutionary causes) has led to a new understanding of addiction. While researchers have shown that Cloninger’s bio-psychological model is one of the most important personality factors in the etiology of addiction, there is no research about the relationship between life strategy and the temperament-character component of addiction.

The main objective of this study was to examine the relationship between these two variables in individuals with opioid use disorder in comparison with the normal group.

This correlational study included 96 participants with opioid use disorder selected by convenience sampling from the Iranian national center for addiction studies (INCAS) and 97 participants without any substance use disorder, who were matched to the opioid-use group. After administering the mini-form of Arizona life history battery (ALHB) and the temperament and character inventory (TCI), data were analyzed with Pearson’s correlation coefficient and multivariate regression.

Life strategy could be a new variable in understanding and planning addiction prevention programs.

Substance use has been part of human life for thousands of years, and opium has been used for medical purposes for about 3500 years. Today, however, substance use disorder is one of the most complex psychiatric disorders with both environmental and biological factors involved in its genesis. According to the national institute on drug abuse (NIDA), more than 22 million people have a disorder associated with drugs in 2012 (1). Based on research results, personality could play a significant role in substance use and it’s etiology (2, 3). Addicted individuals are often different from normal people in personality traits, such as behavioral disinhibition, impulsivity, pessimism, and neuroticism (4). Other studies have also shown a relationship between substance use, conduct disorder, and anti-social behaviors (5, 6).

As a new personality theory, evolutionary psychology tries to explain different human behaviors (7). From this perspective, individual differences are interpreted as a strategy for solving compliance issues of survival and reproduction (8). Based on this explanation, evolutionary psychology has created a new way for understanding substance use disorder (9). Life history theory (in evolutionary psychology) states that humans are on a spectrum: on one side, are those looking for rapid reproduction and allocating resources for multiple mating efforts, while on the other side, are those, who spend their resources on efficient parenting. This continuum is known as the fast-to-slow strategy (10). High-risk behaviors, such as anti-social behaviors and multiple sexual relationships reflect the fast-life strategy, while sexual restrictions, deliberate behaviors and mental-physical health indicate the slow-life strategy (11). Life strategy and the cognitive dual processing model, explicit and implicit, in combination with each other, could introduce a new etiology for substance use disorder (9).

In unpredictable, insecure, and dangerous environments, in which life resources were rare, long survival had a little chance. Therefore, fast strategies for a short life were considered more valuable. Such a focus on short-term survival forced humans to use implicit processing of information to make quick and timely decisions. In today’s world, however, a fast life strategy and this type of cognitive processing could be a serious risk factor for drug use (9). Because drug, as a primary reinforcement, manipulates the basic emotional system, it leads to experiences similar to consuming food, gaining valuable resources, and escaping from threats (12, 13).

Another relevant character model is Cloning’s bio-psychological model (14, 15). According to this view, temperament is based on implicit memory, which is the infrastructure of associative learning and pre-semantic perceptual processing with the components of novelty seeking, harm avoidance, reward dependence, and persistence. Character components, which are responsible for higher functions, such as abstraction and symbolism, include self-transcendence, self-directedness, and cooperativeness (16-18).

All temperament components are inherited. Novelty seeking is a strong response to freshness and signs of reward; harm avoidance is a tendency to respond to painful stimuli; reward dependence is an inclination to responding to social and emotional reinforcements; and perseverance refers to continuous behavior without any reward (19, 20). Unlike temperament components, character components are mostly determined by the environment (21). Self-directedness points out to coping with difficult conditions for goal achievement; cooperativeness indicates how much a person is able to consider others as part of him or herself; and self- transcendence represents the way people obtain their identity by allying with all aspects of the world (17).

Research has demonstrated that individuals with substance use disorder are different from the normal population in temperament-character, life strategy, and cognitive processing (9, 20, 22). While the role of heredity, environment, and risk factors has been known in the development of substance use, little information is available on the relationship between these factors, implicit processing, and cognitive biases (23).

The aim of this study was to investigate the relationship between life strategy and temperament-character dimensions in individuals with opioid use disorder and the normal group.

This research was a correlational study with 96 participants with opioid use disorder, who were on methadone without any psychosis symptoms, according to the diagnostic and statistical manual of mental disorders, fifth edition (DSM-5). Participants were selected by convenience sampling from the Iranian national center for addiction studies (INCAS). The control group consisted of 97 normal participants, selected from a mosque, a park, and a cultural center in Tehran, who were matched to the opioid-using group in terms of socioeconomic and educational status. After back-translation and acquiring an acceptable Cronbach’s alpha, the mini-form of Arizona life history battery (ALHB) (24) and the Temperament and Character inventory (TCI), which were standardized in Iran (25), were administered. The data were analyzed by the Pearson correlation coefficient and multivariate regression.

Table 1. Correlation Matrix of Life Strategy with Temperament and Charactera

Similar to self-directed individuals, conscious and purposeful information processing in individuals with a higher slow-life strategy makes them more disciplined and responsible (35). By living in a safe and predictable environment with enough resources for everyone, individuals with a slow-life strategy (9) have developed features of co-operative and self-transcending character, such as empathy and morality (18). In a safe environment, commitment to ethics, supporting others, and having empathy would not jeopardize the available resources. Therefore, individuals could go beyond themselves.

The result indicates that in the temperament component, novelty seeking was able to predict a fast-life strategy in the opioid-use group. Novelty seeking, which is based on primary information processing and the dopamine system (36), forms the origin of instinctive behavior, and results in an active effort to obtain resources that are able to create pleasure. These mechanisms allow mammals to search for resources that are vital for their survival and avoid threats (37). As studies have suggested, the fast-life strategy has exactly the same task of saving life in dangerous and unpredictable environments (35). Because individuals with a fast-life strategy have no conscious processing of information, they may conceive substance as a rich pleasurable source (by implicit processing) and continue consumption until it leads to addiction (35).

As some fast-life strategy features are rooted in harsh environments (35), it is necessary for individuals with greater novelty seeking and fast-life strategy to have a safe and predictable environment. Since cooperation, which was able to predict slow-life strategy, is one of the character components (36), it could be taught and reinforced as one of the most important prevention factors in substance use disorder. Generally, the slow-life strategy can be a prevention variable, not only for substance use disorder, but also for numerous high-risk behaviors, such as high-risk sexual relations, impulsivity, and crimes.

A sample with only male participants and the mini-form of ALHB were the most important limitations of this research.

The authors of this study thank Dr. Koorosh Rastgari for his guidance.

Copyright © 2018, International Journal of High Risk Behaviors and Addiction. This is an open-access article distributed under the terms of the Creative Commons Attribution-NonCommercial 4.0 International License (http://creativecommons.org/licenses/by-nc/4.0/) which permits copy and redistribute the material just in noncommercial usages, provided the original work is properly cited
download pdf 108.03 KB Abstract XML Get Permission (article level) Import into EndNote Import into BibTex
Number of Comments: 0