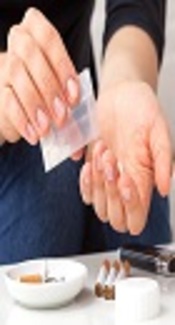 Prevalence of hepatitis B has been significantly increased among injecting drug users (IDUs) in the recent years.

The purpose of the present study was to investigate the effect of health belief model (HBM)-based training on the preventive behaviors of hepatitis B in addicts.

In this quasi-experimental study, 84 eligible substance users were selected and randomly assigned to experimental and control groups. Data were gathered using 3 questionnaires: demographics, HBM’s components, and the preventive behavior of hepatitis B. A HBM-based intervention was conducted on the experimental group. The data were analyzed by paired and independent t-tests, analysis of covariance (ANCOVA), and Chi-square test using the SPSS/16 software.

A significant difference was observed between the means of all HBM’s components and preventive behaviors of hepatitis B of the 2 groups except perceived severity after the intervention (P < 0.05). In the experimental group, the mean difference of the scores before and after the intervention for each of the HBM’s components and the preventive behavior was significant (P < 0.05).

Nowadays, addiction problem has become a national dilemma and nations and governments around the world are faced with the problem of drugs and drug addiction (1). According to the UN office on drugs and crime, the number of drug users was between 155 and 250 millions in 2013, i.e. 5.3% to 7.5% of the population aged 15 to 64 years old (2). In Iran, there are 2 million substance-dependent users and 6 million recreational substance users (3). Drug abuse has negative psychological, social, human, economic, political, educational, and cultural effects on the structure and functioning of the society (4). One of the most important effects of addiction is infectious diseases and Hepatitis B has been reported as one of the most common diseases among substance and drug users. In the recent years, the spread of hepatitis among intravenous drug users has been very high due to the use of shared syringes and needles by drug users (5). In one study, the prevalence of HBsAg among injection drug users was reported to be equal to 7.2% (6). Health education could play an important role in the prevention of hepatitis B (7).

In this regard, the health belief model (HBM) is one of the health models, the effectiveness of which has been proven in various fields of behavioral sciences (8). This model is based on individuals’ motivation for action. According to this model, people must first feel threatened by a disease or illness to take preventive actions (perceived susceptibility), then understand the depth of the risk and the seriousness of its effects on their physical, psychological, social, and economic dimensions (perceived threat and perceived severity) and believe in the usefulness and applicability of the prevention program (perceived benefits) by positive signs perceived from their indoor or surroundings environments (cues to action) and finally find inhibiting factors less expensive than benefits (perceived barriers) and as a result, act to the preventive action (9). The applicability and effectiveness of HBM have been proven in predicting injecting drug users’ intentions to employ harm reduction and prevention of hepatitis B (10). Community health nurses play a key role in training and consulting with high-risk groups and preventive intervention in addiction treatment centers (11). Despite of the importance of hepatitis B prevention in injecting drug users, a few studies have been carried out in this field.

Hence the purpose of the present study was to investigate the effect of HBM on the preventive behaviors of hepatitis B in addicts.

The present study was a quasi-experimental with pre-and post-intervention and experimental, and control groups. The study was conducted on 84 addicts referred to the Samie substance abuse treatment center of hamadan province in 2015. All individuals participated voluntarily in the study and signed a written informed consent form. The protocol was approved by the ethics committee of Hamadan University of Medical Sciences (Code = UMSHA.REC.1394, 39) and was registered with the Iranian registry of clinical trials (IRCT2015090114251N5). Criteria for participating in the study were lack of hepatitis B, conservative treatment with methadone, a drug abuse treatment health record at Samie 8 substance abuse government treatment centers, and having reading and writing abilities. Criteria for exclusion from the study were individuals’ lack of desire to continue participation in the study, drop out for any reason, such as migration or refusing hospital treatment, and absence in more than two sessions.

The sample size was calculated using the formula of sample size compared to the average, considering error rate of α = 0.05, β = 0.20, and power = 0.80; a final sample size of 42 individuals for each group and a total of 84 individuals was calculated. Individuals with the criteria for participation in the study were identified and selected by the convenience sampling method. Participants were randomly divided to experimental and control groups using the permutation blocks method. The data gathering tool consisted of a three-part questionnaire, including demographic data, preventive behaviors of hepatitis “B”, and HBM’s components model, which was set using the study of Bonar and Rosenberg (10). The demographic profile section included 20 questions and the preventive behaviors of hepatitis “B” section included 4 questions. The HBM’s components section included 6 parts measured by a 5-point Likert scale from strongly disagree to strongly agree as follows: perceived susceptibility (6 questions), perceived severity (8 questions), perceived benefits (6 questions), perceived barriers (16 questions), cues to action (10 questions), and self-efficacy (10 questions).

Firstly, two groups completed the questionnaire and the training program based on HBM was provided to the experimental group by nurse holding a master of nursing. The training was provided in three 40-minute sessions using lectures with questions and answers, at the health treatment center. The content of the training sessions, included descriptions of hepatitis B, its transmission, and effects based on the HBM’s components and the need for prevention of hepatitis B. At the end of the sessions, a pamphlet with content based on the national guidelines of hepatitis B was delivered to the samples. Two months after the last session, information related to the HBM’s components was again gathered by the same questionnaire. Samples were followed up by telephone during the study and they were informed that they could communicate with the researchers, if they needed any advice.

The groups were specified by the codes 1 and 2 after data gathering (the analyst didn’t know about their nature) and data were analyzed by the SPSS/16 software. The qualitative and quantitative variables between the 2 groups comprised of t-test and Chi-square test, respectively. In all tests, P < 0.05 was considered as significant statistical difference.

The results of the demographic characteristic of both groups are shown in Table 1. No significant differences were observed between the chi-square values of experimental and control groups (P = 0.05).

Table 1. Demographic Characteristics of Drug Addicts in the Experimental and Control Groups

Table 2. Comparison of Means and Standard Deviations of Health Belief Model’s Components and Preventive Behaviors of Hepatitis B in the Experimental and Control Groups Before and After the Intervention

The purpose of the present study was to investigate the effect of HBM-based training on HBM’s components and preventive behaviors of hepatitis B in addicts referred to substance abuse treatment centers.

Perceived susceptibility is an HBM component, which means the understanding of a person about exposure to a disease (12). According to the results of the present study, HBM-based training increased the score of perceived susceptibility of hepatitis B prevention. This result was consistent with the results of Bonar and Rosenberg’s study (10), which has shown that using HBM could increase the score of perceived severity of hepatitis B prevention in IDUs. In addition, the results were consistent with the results of Lin’s study (13) on the effect of HBM on sexual risk behavior and HIV risk.

Another HBM component was perceived severity, which refers to the understanding of a person about the severity of a disease and its potential consequences (9). The results indicated that HBM-based training increased the score of perceived severity. Unlike the results of the present study, in the study of Tavakoli et al. (14) HBM-based training did not lead to a significant increase in the score of perceived severity, the reasons of which may be test error, research limitations, lack of training methods in line with the objectives of the research, and an inappropriate environment.

The main limitation of the present study was that the data were collected through self-reporting questionnaires. This might result in insufficiently accurate description of some variables. Another limitation of this study was its short follow-up phase due to the limitation of research time.

The results of the present study showed that the HBM-based training method is effective in preventive behaviors of hepatitis B in addicts. Therefore, due to the chronic and debilitating nature of hepatitis B and the important role of training in preventing the disease in addicts, it is recommended to utilize trainings based on HBM for addicts in the form of programmed and group courses in order to take considerable steps in the prevention of hepatitis B.

The authors would like to thank the Hamadan University of Medical Sciences and all the participants in this study for their cooperation.

Copyright © 2018, International Journal of High Risk Behaviors and Addiction. This is an open-access article distributed under the terms of the Creative Commons Attribution-NonCommercial 4.0 International License (http://creativecommons.org/licenses/by-nc/4.0/) which permits copy and redistribute the material just in noncommercial usages, provided the original work is properly cited
download pdf 120.58 KB Abstract XML Get Permission (article level) Import into EndNote Import into BibTex
Number of Comments: 0