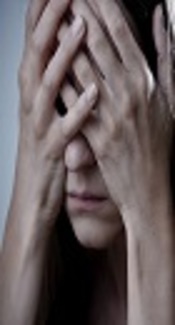 Reply to: Effectiveness of Hope Therapy Protocol on Depression and Hope in Amphetamine Users

Regarding the “Letter to the Editor” with the code e59537, Babakhanian and Zarghami about our published article entitled

“Effectiveness of Hope Therapy Protocol on Depression and Hope in Amphetamine Users”. The results of our review showed that the apparent discrepancy in some of the references was either due to the time of converting references from APA to Vancouver or in referees’ modifications to add or remove some parts of the original text. By moving a number, the entire reference section has been moved (1, 2). As we did not use the endnote software, we did not notice these errors in the final proofreading. The corrected cases are in the following:

In the methodology section:

Correction formatted Tables 1 and 2 are:

As showed Table 1, the average ages of subjects were 21.44 and standard deviation was 2.45.

According to this table, the highest standard deviation and mean was related to depression in the experimental and hope in the control groups, respectively.

In the reference section, correction references are:

6. Raesian AS, Golzari M, Borjali A. Effectiveness of Hope Therapy on Reducing Depressive Symptoms and Preventing of Relapse in Cure-Seeker Women with Dependency to Narcotic Drugs. J RES ADDICT 2011; 5 (17): 21-40.

Copyright © 2017, International Journal of High Risk Behaviors and Addiction. This is an open-access article distributed under the terms of the Creative Commons Attribution-NonCommercial 4.0 International License (http://creativecommons.org/licenses/by-nc/4.0/) which permits copy and redistribute the material just in noncommercial usages, provided the original work is properly cited.
download pdf 74.22 KB Get Permission (article level) Import into EndNote Import into BibTex
Number of Comments: 0