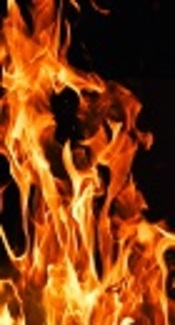 Epidemiology and Mortality of Burn Injuries in Eastern Iran Since 2009: An Analysis of 2115 Cases

Historically, burn injuries have been accompanied by bad prognosis. With the advances in recovering fluids and the early excision of burn scars, the survival rate has enhanced for severe burn patients.

The study aimed to analyze the epidemiology of burn injuries in Zahedan, Eastern Iran.

This retrospective study examined 2173 burn patients for eight years. The research data were extracted from patients’ files and analyzed by SPSS 22 using the chi square test, t test and ANOVA.

In sum, out of 2173 files, 2115 files were analyzed. About two-thirds (71%) of burns were due to flame, one-fifth (21.2%) to boiling water, and 8% to other means. There was a significant relationship between patients’ age, gender, burn percentage, burn degree, burn cause, burn occurrence season, hospitalization duration, and addiction or non-addiction status with rate of death (P < 0.001).

In this region of Iran, burn is influenced by families’ culture, economy, urban service level, workplace, home heating devices, type of people’s clothing, and awareness. The statistical analysis of the existing data completely indicated the epidemiology of burns in Eastern Iran.

Historically, burn injuries have been accompanied by poor prognosis. With the advances in recovering fluids and the early excision of burn scars, the survival rate has increased for severe burn patients (1-3).

According to ISBI (International Society for Burn Injuries), the burn is a kind of injury occurring in one or all of the cellular layers of skin. It can be caused by hot fluids, hot objects, or flames. Any kind of skin injuries caused by radiation, smoke, inhaled heat, radioactivity, chemicals, and electricity can cause burns (4).

Burn patients must be regarded as traumatic patients, especially in cases where details of the injury are unknown. The basic examination must be done based on advanced trauma life support guidelines. Simultaneously, large cutters must be built in peripheral vessels to start fluid resuscitation. In situations with over 40% TBSA (total body surface area), it is highly ideal to build two intravascular accesses (1-3). It is safe and effective to build an intravenous (IV) line through the burnt skin. Yet, cutter safety must be provided. Having access to the central vein may be necessary for patients with serious burns and (or) for obtaining useful information about the volume status of the patients admitted to intensive care unit (ICU).

Based on the WHO statistics, the updated rate of burn is 1.3 out of 100000 people in underdeveloped and developing countries. It can be compared to the rate of 0.14 in developed countries (2, 4).

The study aimed to analyze the epidemiology of burn injuries in Zahedan, Eastern Iran for eight years.

This hospital-based study was carried out at Khatam-al Anbiya (saw) Hospital of Zahedan. This hospital is the main center for burn injuries in Zahedan. Zahedan is the center of Sistan and Baluchistan province. In this province, most burn injuries are treated at the burn center of Khatam-al Anbiya (saw) Hospital, Zahedan. This is the only burn center in the province at the time.

In this retrospective study, data were extracted from burn patient files since 2009. The study was carried out after obtaining permission from Zahedan University of Medical Sciences. Information regarding age, gender, burn percentage (TBSA%), burn type, the season of burn occurrence, burn degree, burn cause, drug abuse history, diabetes and cardiovascular disease history, hospitalization duration, burnt limb, and patient’s death or healing were recorded in predetermined forms. The data were extracted from the existing files and analyzed by SPSS 22 using the chi square test for categorical variables. T test and ANOVA were used for comparing the mean of numerical variables in different groups. The level of significance was considered 0.05.

Based on Table 1, about two-thirds of the patients (71%) had flame burns and one-fifth (21.2%) boiling water burn injuries. About one-tenth (8%) had other types of burns.

Table 2. Burn Percentage Distribution Based on Patients’ Age and Rate of Deatha

Table 4 presents the burn type distribution among addicts and non-addicts. Out of the total cases, 70 addicts (25.6%) committed self-immolation and 165 (60.4%) had flame burn injuries. In this group, the minimum percentage of injuries was caused by electric burns (n = 1; 1.8%).

Table 5. Burn Percentage Distribution Based on the Duration of Hospitalization and Rate of Deatha

In spite of the fact that various results have been reported in this regard, burns are still one of the main causes of morbidity and mortality in children as seen in previous research (9, 23-29). A series of variables such as incidence rate, injury cause, sex distribution, mortality, TBSA burnt, and other factors have been reported variably in the literature, which may be related to study designs, populations, and the procedure of studies previously conducted (30, 31).

Based on the results of statistical analysis in Tables 1 - 5, self-immolation mostly occurred in women that is in line with other studies (32-38). It is due to beliefs and cultural and social context dominated in the region (30, 31). Marital status was unknown in about 19.7% of the patients. It was due to the lack of identification card and tribal traffic between Iran and Pakistan (39).

Most children had boiling water burns, as seen in previous research (9, 27, 40-42). The electric burn was more seen among men, which confirms the previous studies (27, 43). It was due to the higher frequency of men involving in occupations concerning electricity (27, 43). Chemical burn was more frequent among women (34, 44). Burns were more frequent among men than in women. Yet, except for self-immolation cases, men experienced more burn cases than women (33-35). Due to children’s carelessness and parents’ negligence, most burns of 1% - 15% and 16% - 30% occurred in children < 10, which was in agreement with previous studies (8, 36, 45, 46).

There are other reasons for the diversity of the existing data. The first reason is that burn patients due to the prevailing cultural beliefs in this province are less referred to treatment centers and are more likely to try their own home care. As a result, patients with severe burns have the most visits to the center. The second reason is that the analyses were performed on retrospective data from hospital records, which is accompanied by its own limitations. Therefore, the incidence of burns is less than the actual amount (21, 23, 25, 47-50).

Severest burns occurred among young people. It probability can be explained by the nature of the maturity period and cultural issues dominated in Sistan and Baluchistan province.

The maximum rate of death occurred in 10 - 20 and 20 - 30 years of age. Burns of 16% - 30% mostly involve burns II and III. Burn IV mostly concerns the burns of 71% - 100%. About 21.8% of the patients with burn injuries died. Most burn injuries of 71% - 100% were caused by flames. Self-immolation was the second cause of heavy injuries among burn patients. More than 30% of early deaths and life with disability in low and middle-income countries in the age range of adolescents and young people are due to burns (51).

The majority of burns in addicts included burns of 1% - 15% and 31% - 50%. Severe burns (71% - 100%) were the least frequent injuries among addicts. Yet, it was not the same among non-addicts. Most addicts had flame burn injuries. That is, the severe burn was the most frequent injury among adults, which confirms the previous studies (46, 52, 53).

The majority of flame burns happened between 10 - 20 and 21 - 30 years of age. Most children < 10 had boiling water burn injuries. Maximum mortality occurred between 21 and 30 years, followed by between 10 and 20 years of age. Mortality rates are higher in poorer and less developed countries. Only are 3% of deaths attributed to high-income countries and 97% to poor and middle-income countries (39).

Most patients who died were hospitalized for less than two days. They died in the first 24 hours.

The maximum fatality occurred in burns of 71% - 100%. Most burn patients were hospitalized for at least five days.

Winter is a cold season and households use kerosene devices for heating the houses and bathrooms. Family members also spend most of their time in a warm environment. As a result, winter injuries, such as burns, will be higher among children (57) and older people (58).

The maximum rate of burns happened in winter. It was reported to be due to burns by oils. There was a similar rate of burn in spring and fall. The minimum percentage of burns occurred in summer. It was mainly due to the gas capsule explosion.

In our study, burns in children were higher. It is probably due to the age, the level of literacy, and the mother's education. It also depends on the separation of the kitchen from other parts of the house and the existence of fire and smoke systems (39).

In our study, women were more likely to suffer from burns that is consistent with some of the previous studies (32-38, 66, 73). We observed in this study that burns in women were more intentional and more due to flames (55, 56).

Compared to electrical burns, chemical burns were higher which confirmed the previous studies (27, 34, 43, 44). The intentional burn injuries were probably due to divorce, unemployment, financial problems, psychological problems, and addiction, as referred to by previous studies (30, 31). Moreover, the causes of unintentional burns can be explained by factors such as playing with fire, lack of awareness, carelessness, non-use of standard equipment, and even mental problems and mental retardation (9, 36, 46, 52-54, 56, 59).

In this study, the average percentage of burns was generally of 35% - 55%, which confirms previous studies (8, 32, 36, 45, 46, 75-79). Burns include the fourth type of injury second to crash, falling from the height, and conflicts. More than 30% of early deaths and life with disability cases in low and middle-income countries in the age range of adolescents and young people are due to burn (51).

In this study, unintentional burns were more common in men, but intentional burns such as self-immolation were more common in women, when compared to previous studies (55, 56) In developed countries, the rate of burn patients who need to be hospitalized is less than 5 to 15 people per 100000 population. This rate is currently around 40 in Iran (39). In addition, mortality rates are higher in poorer and less developed countries. Only are 3% of deaths attributed to high-income countries and 97% to poor and middle-income countries (39). In our study, burns were more common in women and children, which is in accordance with some previous studies (39, 82).

Burn is a public health problem and one of the causes of death in Iran. In addition, self-immolation is higher among women. More research is needed on the impact of different factors on the effectiveness of preventive interventions and the implementation of burn prevention programs, especially by addressing more exposed groups including women and children, in order to provide more and more evidence. Detailed epidemiologic studies with the same design throughout the country are needed to provide accurate statistics.

Apparently, most of the burns can be prevented by raising awareness. Even self-immolation cases mostly occurring among women in adolescence and younger ages can be avoided by administering instructional courses and consultation at high schools.

Definitely, women and children are more likely to suffer from burns and are more likely to be burned (50, 57, 58). Most women and children are burned at home. This is because women spend more time at home and more often deal with cooking. Additionally, the children’s developmental stages and their playing methods and the type of home design will affect the risk of burns in children.

Self-immolation seems to be one of the methods of suicide attempt among women (58). Further research is needed to find out if preventive measures, especially in young girls and children, are effective in reducing the risk of self-immolation.

The epidemiology of burns is important for the state of the disease in every country. In Iran, there is still no comprehensive information system for burn patients. For this reason, epidemiological studies are scattered and the collected information is not very similar to lead us to a concordance.

Copyright © 2019, Author(s). This is an open-access article distributed under the terms of the Creative Commons Attribution-NonCommercial 4.0 International License (http://creativecommons.org/licenses/by-nc/4.0/) which permits copy and redistribute the material just in noncommercial usages, provided the original work is properly cited.
download pdf 143.30 KB Get Permission (article level) Import into EndNote Import into BibTex
Number of Comments: 0