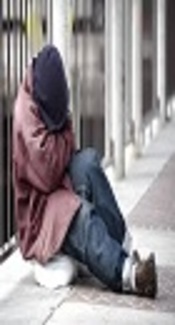 Determining the trend and severity of withdrawal symptoms is considered as the first stage of addiction treatment.

Therefore, The purpose of this study was to investigate the trend and severity of withdrawal symptoms in methamphetamine (meth) addicts.

This cross-sectional study was conducted on all the clients admitted to quit methamphetamine abuse in a residential treatment center for homeless addicts in Alborz province. According to the average daily intake, the clients were divided into two groups: mild and severe. To collect the data for this study; methamphetamine withdrawal symptoms assessment scale, Beck Depression Inventory (BDI) and a demographic information questionnaire were used. The analysis of variance (ANOVA) was done for repeated measures through the SPSS software version 16 and at a significance level of 0.05.

The findings showed that methamphetamine withdrawal symptoms including anxiety, abuse craving, and fatigue in the first 24 hours and the first, the second, and the third weeks as well as the symptoms of depression within three weeks after the withdrawal began to decline significantly (P < 0.0001). Following the analysis of variance (ANOVA) for repeated data and taking addiction severity index into account, it was observed that the difference between the two groups of mild and severe addicts was significant in terms of the trend and severity of methamphetamine withdrawal symptoms (P < 0.0001).

The hardest stage to quit methamphetamine addiction was the first 24 hours after withdrawal with a downward trend; however, abuse craving especially in severe addicted group persisted even after the third week of withdrawal which could be a risk factor for recurrence and re-abuse. Thus, it was suggested that therapists were required to pay more attention to this issue in the treatment of this group of addicted individuals.

The abuse of illicit and psychoactive drugs has turned into a common problem in today’s world (1). In this respect, the global prevalence of methamphetamine abuse is 0.4% and it is ranked in the second place among these drugs (2). According to the office for combating drugs and crimes in the United Nations; only in 2008, the production of methamphetamine stimulants has been 168 to 588 tons (3). The report released by this office in 2014 also indicated that the abuse of methamphetamine compounds was as a growing global epidemic. According to this report, the number of laboratories producing methamphetamine compounds has increased from 12567 cases in 2011 to 14322 cases in 2012. This report has also introduced Iran among the nations with an upward trend of drug abuse and production of amphetamine compounds in a way that discovery of illicit ephedrine used to produce such substances in Iran has grown from 2378 kg in 2010 to 3809 kg in 2011 (4). Today’s challenge to Iran is the changing patterns of drug abuse from traditional to industrial substances. This phenomenon demands a new reaction of its kind because industrial substances, unlike traditional ones, are not imported from specific geographic boundaries but they can be produced in small laboratories even in homes (5). According to the latest statistics and the results of the rapid situation assessment (RSA) of drug abuse in Iran, the frequency of Iranian methamphetamine addicts was reported by 5.3% out of the total number of drug abusers (6). Moreover, the prevalence of the abuse of this substance based on other studies was about 18.5% in the youth aged 15 to 25 years in Tehran (7), 4.3% among university students in the cities of Birjand and Gilan (8, 9), and 0.18% in college students in Hamadan (10). There are several reasons for the increase methamphetamine abuse such as rising costs of traditional opioids, lower price of industrial stimulants, and easy access to these substances (11, 12). Research studies have also revealed that the abuse of this illicit drug can lead to specific behavior patterns such as depression, sleep disorders, seizures, and aggressive behaviors (13). As Brechet et al. argued, 50% of patients who stopped methamphetamine abuse experienced recurrence and came back to the cycle of addiction to this drug. This recurrence took place in 36% of cases during the first 6 months after withdrawal (14). Other research studies have highlighted physiological dependence and abuse craving as two important factors affecting relapse and return to the cycle of addiction among recovered individuals (15-17). Despite the widespread and illicit use of methamphetamine compounds as well as the problems associated with them, only a few patients have asked for help from medical centers up until now. Reluctance to receive treatment could be due to the belief that treatment centers and their programs have been just for opioid-like substance abusers and they have given no help in terms of changes and treatments in their abuse manner (18, 19). Deficiencies in the management of withdrawal symptoms during treatment may cause a lot people abandon treatment on the first few days or weeks after withdrawal (14). A better understanding of the natural process and the symptoms of methamphetamine withdrawal can help in preventing its recurrence (20, 21). Therefore, the first important stage in an effective treatment is to determine the duration and severity of withdrawal symptoms. Checking this information will also facilitate the timely implementation of appropriate interventions (22).

Given the mentioned issues and considering that there have been limited studies in terms of the natural process of methamphetamine abuse in Iran to date, the purpose of this study was to determine the trend and severity of withdrawal symptoms in methamphetamine-addicted clients in a residential treatment center for homeless addicts in Alborz province in 2014.

This cross-sectional study was conducted in a residential treatment center for homeless addicts in Alborz province. The statistical population of this study included all patients over 15 years old with observed methamphetamine in their urine detected by rapid diagnostic kits during the study period and at the moment of admission to the center as well as meeting diagnostic criteria (DSM-IV) for addiction to methamphetamine compounds and addicted only to this substance (N = 100). The clients with psychosis or serious medical illnesses, individuals in need of psychotherapy, or those addicted to drugs other than nicotine were excluded from this study. Based on the average daily intake (in grams), the clients were divided into two groups: mild (with a consumption level below the average) and severe (with an intake level higher than the average) (23).

To conduct this study, necessary coordination was made with officials from a residential treatment center for homeless addicts in Alborz province. Likewise; after the explanation of the objectives of the study, an informed consent form was completed by participants. To administer the questionnaires, two trained investigators were recruited and took part in a training session on how to complete them. The SPSS software version 16 was also used to analyze the data. Demographic information and data on the amount and duration of abuse among individuals were investigated using descriptive methods. Then, the means and standard deviations for the first day, the seventh day, the fourteenth day, and the twenty-first day were calculated separately for groups. To examine the changes in the means of the severity of symptoms over three weeks as well as the differences in the severity of symptoms in groups, analysis of variance (ANOVA) for repeated data at a significance level of 0.05 was used.

Table 1. Demographic Characteristics of the Participants in This Study

The results of this study showed that methamphetamine withdrawal symptoms including anxiety, abuse craving, and fatigue in both mild and severe groups were observed in the first 24 hours, the first week, the second week, and the third week; and depression symptoms began to decline significantly within three weeks after withdrawal (P < 0.0001). By conducting analysis of variance (ANOVA) for repeated data and considering addiction severity index in the analysis of the results, it was revealed that the difference between the two groups of mild and severe addicts was statistically significant in terms of the trend and severity of methamphetamine withdrawal symptoms (P < 0.0001). These findings are shown in Table 2.

The issue of sleep, which was assessed in this study only by one item in the fatigue factor, has been investigated in some studies with a separate multiple-choice questionnaire considering several different dimensions such as duration of sleep, sleep continuity, sleep per night, daytime sleep, quality of sleep, depth of sleep, and satisfaction with sleep (23, 31). The results of this study were consistent with the findings by McGregor et al. (23) and Rawson et al. (31). In terms of duration of sleep. They found that drowsiness and sleep duration in these patients reduced over time and there was a significantly downward trend at the end of the twenty-first day. In these two studies; other dimensions of sleep including quality of sleep and depth of sleep were also investigated and it was found that although sleepiness and sleep duration in these patients became normal over time; the quality and depth of sleep among these patients was low even after three weeks, they slept late at night, and woke up more during sleep. However, these issues were not investigated in the present study. The results of this study were not in line with an investigation by Gosop et al. in which they found that the number of hours of sleep per night in methamphetamine abusers on the first 20 days after the withdrawal was significantly lower compared with that in the control group (20).

Since the hardest stage in methamphetamine withdrawal was the first days of withdrawal particularly the first 24 hours according to the results of this study, it was necessary for addiction therapist to consider this issue in preventing the recurrence of abuse. Moreover, the results of this study revealed that withdrawal symptoms reduced over time but abuse craving for methamphetamine particularly in the severe addicted group persisted even within three weeks after they cut it off. It was concluded that if therapist do not pay attention to this issue, it can be an important risk factor affecting the recurrence of abuse among the recovered individuals.

This article was derived from a master’s thesis at the school of public health in Tehran University of Medical Sciences. We express our gratitude to all the faculty members of department of epidemiology and biostatistics who helped us in this regard. This research study was conducted in cooperation with the staff and clients in a residential treatment center for homeless addicts in Alborz province in 2014. Thereby, we appreciated all of them.

Copyright © 2018, International Journal of High Risk Behaviors and Addiction. This is an open-access article distributed under the terms of the Creative Commons Attribution-NonCommercial 4.0 International License (http://creativecommons.org/licenses/by-nc/4.0/) which permits copy and redistribute the material just in noncommercial usages, provided the original work is properly cited
download pdf 104.56 KB Get Permission (article level) Import into EndNote Import into BibTex
Number of Comments: 0