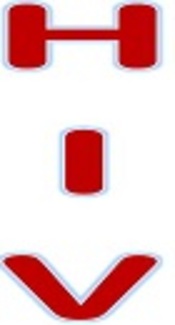 A total 110 patients aged over 16 years old (83 males) were included in the study. Unsafe injecting drug use was the major HIV transmission route (59.1%). Mean psychological health score was significantly higher in males compared to females (P = 0.048). Also, a gender difference was observed for mean social support score, although it was non-significant. The regression analysis showed that females versus males and AIDS patients versus HIV infected patients had lower score of psychological well-being, moreover, social support positively and independently related to the score of psychological well-being (β = -0.505; 95% confidence interval: 0.360 to 0.649).

The findings suggest that female patients, those living in the AIDS stage, and those with poor social support are more vulnerable to having lower level of psychological well-being. Harm reduction programs should be reinforced in such groups.

Human immunodeficiency virus (HIV) infection affects all aspects of life, including psychological, physical, and social aspects, and also causes fear of living with the disease. Family members and care takers of these patients might also be affected by these challenges. Furthermore, HIV infection can lead to loss of social, occupational, residential, and economic opportunities (1).

Patients with HIV/AIDS have reported experiences of stigma and discrimination regarding public support and health care. Inappropriate and derogatory behaviors can make patients secluded. The fear of notoriety and rejection by relatives and friends can lead to these patients trying to hide their disease so that, it can induce problems in prevention of disease transmission and receiving care and treatments (2).

This disease changes people’s lives. It causes a decrease in self-confidence, increase in the feeling of vulnerability, physical symptoms, and disturbed thoughts in patients. It disorganizes daily performance, social activities, and peace of mind. Other complications include frequent physician visits, high treatment costs, and drugs side effects (3).

The World Health Organization (WHO) states that social and psychological support can help cope with related problems. Patients, who receive appropriate support from their family and community, show increased resiliency and experience less psychological problems. Other effects of good social support are higher tendency to treat and prevent infection transmission (1).

Based on United Nations Programme on HIV/AIDS (UNAIDS) report, it has been estimated that about 75 700 patients with HIV/AIDS lived in Iran during year 2014 (4), nearly 29% were females and about 2% were children under five years old. According to Iran’s ministry of health report, 29 414 individuals with HIV/AIDS were recognized in Iran at the end of year 2014, 89.3% of whom were male. Among them, 483 patients with HIV/AIDS were registered as those under services by Zahedan University of Medical Sciences (south-east Iran) (5).

Harm reduction programs and expansion of counseling services have been priorities for HIV prevention programs.

Behavioral disease counselling centers under the supervision of medical sciences universities are active all over the country for the control and prevention of HIV/AIDS.

These centers provide counseling about training, treatment, prevention, and harm reduction for high risk individuals or patients with HIV/AIDS and sexually transmitted diseases.

The present study aimed at evaluating social support and psychological well-being and assessing the relationship between these two factors among patients with HIV/AIDS, who receive health services from Zahedan University of Medical Sciences. The results could be used to promote harm reduction policies in such patients.

A cross-sectional study was performed during year 2016. The People living with HIV/AIDS (PLWHA) from cities, including Zahedan, Khash, Saravan, Chabahar, Konarak, and Nikshahr were registered in the health centers of Zahedan University of Medical Sciences (ZUMS). For the current study, the researchers considered all patients with HIV/AIDS (age > 16 years), who referred to behavioral diseases counseling centers for receiving health services during April to September, 2016. The patients were invited to participate in the study and the purpose of the study was explained to the patients. This study excluded those, who did not agree to participate in the study.

Data were collected by trained interviewers by face-to-face interviews with HIV/AIDS cases when receiving services.

Ryff's Psychological Well-Being Scales was used to measure psychological health. This questionnaire was designed by Ryff in 1989 and was revised in 2002. This version evaluates psychological health based on 18 questions about six factors: self-acceptance, environmental mastery, positive relations with others, personal growth, purpose in life, and autonomy. Scoring of these 18 questions is done by a six-point scale from one to six; a higher score generally shows better psychological wellbeing (6).

Medical outcomes study Social Support Scale (MOS-SSS) is used to measure social support. The MOS-SSS was designed by Sherbourne and Stewart in 1991. This brief, self-administered social support survey instrument was created for patients in the medical outcomes study (MOS); it is easy to administer to chronically ill patients, and the items are short, simple, and easy to understand. The MOS is a 19-item scale that covers four dimensions, including emotional/informational support, tangible support, positive social interaction, and affectionate support. This scale shows the agreement or disagreement of the phrases with a five-point Likert scale from one (none of the time) to five (all of the time). The lowest score of this scale is 19 and the highest is 95. To achieve the total score, all the scores are pulsed together. A higher score in this scale indicates that testers have the desired social support (7).

These two scales have been frequently used in other studies in Iran and their validity and reliability have been verified for the Iranian population (8).

Continuous and categorical variables were described using means (standard deviation (SD)) and percentages (%), as appropriate. The independent two-sample t-test was used to test differences between the two means. Univariate and stepwise multivariable linear regression analysis using backward methods were performed to estimate the effect of the explanatory variables on psychological health. The results are expressed as regression coefficients (β) (95% confidence interval (CI)), indicating predicting change in mean psychological health per unit increase in the level of the explanatory variables. The level of statistical significance was set at P < 0.05. All the statistical analyses were performed using the SPSS software (version 20).

A total 110 PLWHA (age > 16 years; 83 male) were included in the study. Demographic and epidemiologic information of patients have been summarized in Table 1. The majority of the patients had not completed high school, acquired infection from IV drug abuse, and were in the AIDS stage. Compared with female patients, the males had significantly higher psychological health (P = 0.048), moreover, male patients had higher social support score than females, although it was non-significant.

Table 1. Demographic and Epidemiological Variables of the Patients

a Values are expressed as Mean ± SD or No. (%) unless otherwise indicated.

Based on the Iran ministry of health report in 2015, the most common pathway for HIV infection was intravenous drug injection abuse (67%) and then unsafe sexual contact (18%) (5). In contrast with national reports, sexual transmission pathway (both of unsafe sexual contacts and sex with spouse) was notable in the current study as most females acquired the infection form sex with their husband.

Psychological health score of infected males was significantly higher than females. Although social support score was higher for males, but it was not statistically significant.

Evidences show that the mutual relationship between AIDS and depression is under the influence of biological, psychological, and social factors (11-13).

Almost half of the people with HIV/AIDS have depression, which is two to four times more than the normal population (13).

Results of the study of Prado et al. showed that quality of life of patients with HIV/AIDS is lower than normal individuals or those with other chronic diseases (14).

The study of Masoudi and Farhadi showed that patients, who were more socially supported by their families had less psychological distress, better social performance or self-efficacy, and more feeling of responsibility for society’s health (16).

Various studies have shown the effect of social support on well-being and quality of life of patients with HIV/AIDS. These evidences have stated that social support can improve physical or psychological health outcomes and increase treatment and self-care motivation (17, 18), and also prevent transmission of infection during HIV/AIDS disease (19). Geter et al. performed a systematic review during years 2005 to 2016 and evaluated social and structural determinants of HIV treatment and care among black women living with HIV infection. They found that the main barrier for desirable treatment and care among these women consisted of lack of family and/or social support, weakness in quality of HIV services, and HIV stigma. Also, they concluded that good case management and support services, high racial consciousness, and attention to mental health could have positive effects on health outcome in these patients (20). Another study from Tehran (capital of Iran) by Rasoolinajad et al. showed that HIV stigma was significantly correlated with psychological health, social support, and quality of life. The prevalence of psychiatric disorders was recognized as 78% among these patients (21). Also, Noroozi et al. studied the challenges of confidentiality in Iranian HIV positive patients and concluded that multidimensional support system such as health, moral, psychology, religious, social, and family support, are necessary to improve screening programs and solve the ethical and legal issues (22).

It was also recognized in the current study that social support score has a positive predictive and significant effect on psychological health of patients with HIV/AIDS.

Some limitations of the present study should be considered when interpreting the results. Possibility of selection bias should be noticed because a convenience sample of patients was recruited for the study. Temporality between two variables was not met in the cross sectional design. A study with a large sample size by considering all plausible patients is needed to derive valid relationships.

It seems important to reinforce harm reduction programs and improve social support policies for patients with HIV/AIDS. These interventions can promote psychological health in HIV/AIDS patients and subsequently, improve disease outcomes and ccompliance prevention of disease transmission, especially for women and patients in the AIDS stage.

The authors would like to thank all health workers at Health Care Centers of Zahedan University of Medical Sciences.

Copyright © 2018, Author(s). This is an open-access article distributed under the terms of the Creative Commons Attribution-NonCommercial 4.0 International License (http://creativecommons.org/licenses/by-nc/4.0/) which permits copy and redistribute the material just in noncommercial usages, provided the original work is properly cited.
download pdf 147.90 KB Get Permission (article level) Import into EndNote Import into BibTex
Number of Comments: 0