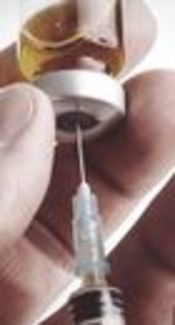 Opioid use makes the largest contribution to drug abuse mortality, while it is increasing in the world, especially in Iran.

The current study aimed at obtain the typical features of corpses under methadone maintenance treatment (MMT) and opium intoxication in Isfahan, Iran.

The current cross sectional study was conducted on 742 opioid overdose deaths from March 2008 to March 2014; data on drug overdose death in forensic center affiliated to Iranian ministry of health and medical education were recorded by checklist.

According to the current study findings, the low-educated and low-income young males were the most high-risk population for drug overdose death in Iran. The essential role of education and job-creation policies to prevent addiction and opium-related death was clarified.

Globally, opioid use carries a higher risk of mortality and is associated with annual mortality rates typically ranging 1% - 3% (1, 2).

Drug trafficking and fast growing drug distribution systems made the drug abuse as a global health problem. The illicit use of opiates contributes to the global burden of diseases resulting in premature disabilities and even death while it is increasing in all countries, especially in the developing countries such as Iran. The geographical location of Iran, particularly its porous 1,923 km-long Eastern border with Afghanistan - the world’s largest illicit opium producer - and Pakistan, converts it into a major transit country for illicit drugs (3).

International narcotics control board (INCB) in 2012 reported that more than 11% of Iranian population abuse drugs and at least, 8% increase is estimated annually (4).

Drug use is associated with physical dependency, socioeconomic complications, and other significant morbidity and mortality related infectious such as HIV (5, 6).

For the first time in 1964, methadone was used as a replacement therapy for heroin dependency in New York (7). Since methadone can be used to treat opioid dependence, it is the preferred medication for drug detoxification worldwide. Addiction symptoms are dissolved in addicts who are on methadone therapy; however, after a chronic administration of methadone, sudden cessation causes a milder, albeit longer in duration, withdrawal syndrome compared with morphine cessation (8).

Although more than 3 decades experience in opioid pharmacotherapy as methadone maintenance treatment (MMT) was successful in reducing losses, injuries, and drug related death (9, 10), although in recently published systematic reviews, the ability of MMT in mortality reduction has not been proved (11). In summary, adverse effects of MMT is included by uncontrolled use and risk of accidentally ingestion which led to poisoning and the benefits are craving reduction for opiums especially heroin and in following protection against criminal activity or HIV infection (8, 12).

Because of cultural, social, and geographical differences in Iranian drug abuser, the current study aimed to retrospective assessment of typical features of corpses due to opium intoxication including those on MMT in Isfahan, Iran, during a 6-year period.

The current epidemiological retrospective, cross sectional study was done during a 6-year period in Isfahan, Iran. In the present study, all opioid-related death including the ones on MMT and overdose death cases (742 intoxication corpses) referred to the forensics center, affiliated to the Iranian ministry of health and medical education, from March 2008 to March 2014 were reviewed. Deaths due to accident, crime, poisoning, suicide, occupational illness or medical procedures are always investigated by a forensic pathologist. All post-mortem toxicology samples taken at autopsy are analyzed in forensic laboratory.

Data extracted from the forensic center records included autopsy reports, toxicological analyses, hospital notes, death investigation, police reports, and demographic information were collected. Data on methadone treatment were obtained from the MMT statistics unit at the department of ministry of health in Isfahan.

Corpses not being autopsied, unidentified bodies, and those without toxicological reports were excluded. Also, the bodies transferred from other cities to the studied center were not enrolled.

Results showed a significant difference among the reported corpses in terms of marital status, occupation, and level of education (P < 0.05). According to the results, most of the bodies were found at home. It should be noted that about 11% - 17% of the cases were transferred to a medical center before death (Table 1).

According to the results of toxicological and laboratory studies, morphine test result was positive in most of the cases (stomach: 45%, viscera: 40.5%, bile: 40.2%, and urine: 49.7%); a significant difference was observed among the results (Figure 1). Frequency of Toxicology Findings by Years based on solar ones (Sample Were Collected from Stomach, Viscera, Urine, and Bile)

Chronic hepatitis was found in 40.7% of the bodies and lung edema is the most pathophysiological finding in the extracted lung tissue. Based on multivariate regression analysis, the distribution of death from drugs abuse was related to pathophysiological findings on liver, lung, and brain (P < 0.05), but not stomach and kidney. There was a significant correlation between chronic hepatitis and gender, and opium use. Older ages also had positive correlation with liver pathological insults (P = 0.042) and lung edema (P = 0.242).

Death from opioid overdose possesses an emerging public health problem in Iran (3). The present evaluation demonstrated that although drug overdose death was high during 2008 till 2014, the rate remains stable. The demographic characteristics of corpses were assimilate to worldwide records, predominantly male, aged on average in their 30s, and drugs injectors (1). The current study is the first report describing the basic demographic and toxicological data on drug overdose death in Isfahan, Iran, from 2008 to 2014.

Overdose risks in Isfahan vary among demographic groups, were the highest rates belong to people aged 20 - 40 years, male, with lower familial support. Unfortunately, the subgroup of 20 - 40 years old was most susceptible to drug abuse. Based on these results, it seems that in Iran younger ages are at greatest risk for addiction and related death. It should be considered in future policies and decision-making of the state system.

On the other hand, most of corpses were unmarried, with lower level of education and income. Consistent with earlier studies in Iran, the reported demographic results were similar (13-15), except in marriage state (15). Based on the findings, job opportunities should be provided, if mortality reduction is desired by the officials (16). Occupation is very important for the development upon career trajectory. Binswanger et al., (16) assessed the main reasons for return to drug abuse among inmates and reported poor social and familial support, financial insecurity, and inadequate housing as the main reasons. Many affected cases in the current study were unemployed or self-employed.

Similar to the other studies (14, 15), in the current study 47.7% of the cases were found dead at home and 14.8% were transferred to medical centers due to one of the severe symptoms of opioid poisoning before death. Different fate might be happened if earlier and timely medical care was applied.

Toxicological assessments in the current study contained morphine, methadone, codeine, opium, alcohol, amphetamine compounds, commonly abused drugs (such as benzodiazepines), and other poisons. It is noteworthy that toxicological analyses of stomach contents were positive for morphine, codeine, or opium. According to the present study, morphine was the most common type of substance found in corpses; other reports declared the range of 30% - 68% (13-15). However, in recent papers published in Iran, methadone was the most common consumed drugs, followed by opium (14, 15). On the other hand, some other studies reported heroin as the first overdosed drug (17).

The difference was predictable due to the number of addicts on MMT. In Isfahan, a growing trend was observed in cooperation with MMT program from 2008 to 2014. This trend showed a high popularity of MMT among addicts. But, according to the toxicological analyses, 99 bodies were positive for methadone overdose, while more than 24.4% of the cases were treated with MMT, here the question is that: could the MMT protocol successfully reduce mortality and complications associated with drug abuse in Iran?

While in a study in New York more than 50% of the bodies were concurrent positive for benzodiazepines, antidepressant, and alcohol as well (13), the current study showed lower rates as 8%, 5%, and 16% for benzodiazepines, antidepressant, and alcohol, respectively. Due to the synergism effects of these substances on depression of respiratory, and cardiovascular system, it is essential to inform addict person above hazardous issue.

In autopsy investigations, lung and liver were the most affected organs. Rate of changes reflecting chronic hepatitis in the liver of bodies was remarkably high (40.7%), represents the facts that the addicts are predisposed to hepatitis viruses infections through high risk behaviors such as unprotected sex, multiple partnership, etc. We found that pulmonary edema, a common complication of opioid, in 62.9% of the bodies. It was similar to the finding of other reports in Iran (18).

In analyses of multivalent regression, the relationship between different factors (age, gender, type of drugs, positive test results for alcohol, benzodiazepines, and antidepressants) and pathologic findings was investigated. The results showed that chronic hepatitis had correlation with gender (P = 0.9) and opium use (P = 0.02). It is predictable because high risks behaviors resulted in hepatitis are more common in males. The study found that non-injecting traditional drugs such as opium led to less exposure to hepatitis than industrial drugs (crack, heroin, morphine, etc.). So, female gender (β:-1.3) and opium use (β:-0.77) have a protective role against hepatitis viruses infections. A direct positive relationship was also observed between pathological complications in liver (degeneration, steatosis, cirrhosis, congestion and necrosis) and age (β: 0.017). Many of such involvements develop over the years after a long period of drug abuse. However, it is prevalent in older ages than youth. On contrary, a significant direct relationship was observed between pulmonary edema and age (P = 0.09), more frequently in younger cases.

Although the current epidemiological study has lots of valuable information, it also has some limitations. It is better to consider cultural factors in a wider time span. Victims should be assessed for psychiatric conditions and its role should also be modulated by other factors in logistic regression. Finally, to combat addiction epidemic, firstly, we must accept thehigh prevalence instead of denying in our country. Off note, criminal justice policies should be adjusted, and treatment of drug users should be considered more seriously.

According to the current study findings, the low-educated and low-income young males were the most high-risk population for drug overdose deaths in Iran. Finally, the essential role of education and job creation policies to prevent addiction was clarified.

Copyright © 2018, International Journal of High Risk Behaviors and Addiction. This is an open-access article distributed under the terms of the Creative Commons Attribution-NonCommercial 4.0 International License (http://creativecommons.org/licenses/by-nc/4.0/) which permits copy and redistribute the material just in noncommercial usages, provided the original work is properly cited
download pdf 237.50 KB Get Permission (article level) Import into EndNote Import into BibTex
Number of Comments: 0