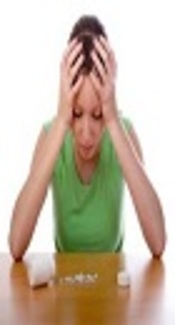 Recurrent and Resistant Torsade de Pointes Due to Methadone Poisoning: A Case Report

Opiate dependence is among the main contributors to diseases worldwide, imposing heavy costs on the healthcare system. As an established approach, substitution therapy by methadone has been long considered as the most effective therapeutic method.

Herein, we present the case of a 40-year-old man, who was referred to the hospital with complaints of sudden and transient loss of consciousness and a history of opiate dependence under methadone therapy, showing recurrent ventricular tachycardia and resistant torsade de pointes.

Poisoning is among the major adverse effects of methadone use, which involves different systems of the body, including the cardiovascular and respiratory systems. Furthermore, effective drugs on QT interval show interferences. Therefore, it is suggested to incorporate relevant recommendations in the new version of the national opiate-dependence therapy protocol.

Opiate dependence is among the main contributors to diseases worldwide, imposing heavy financial costs on the healthcare system (1). Considering the importance of applying a proper approach in the treatment of opiate dependence, several medicinal and nonmedicinal methods have been introduced (2, 3). Methadone maintenance therapy (MMT) is recognized as the optimal treatment for this disorder, which can both improve the physical symptoms of withdrawal and reduce social consequences, such as HIV transmission and spread (2). Nonetheless, there are ongoing concerns about methadone abuse or poisoning in addicts or their family members (4, 5).

The major side-effects of abuse or poisoning by methadone or other opioids include respiratory or cardiovascular complications (6-10). In this regard, strong recommendations have been proposed to examine individuals, who are prone to such conditions prior to methadone therapy, at least via electrocardiography (ECG) (5, 11). Cardiac complications caused by methadone poisoning include prolonged QT interval and increased risk of ventricular arrhythmia, especially torsade de pointes (TdP) (11-13). However, occurrence of this type of ventricular arrhythmia, especially the drug-resistant type, has been rarely reported. The present case report introduces a patient with resistant TdP, induced by methadone poisoning.

The patient was a 40-year-old man, who was referred to the emergency ward of Vali-Asr Hospital (Birjand, Iran), as the main referral hospital for cases of poisoning (14). He had complaints of sudden and transient loss of consciousness in the sitting position. However, he did not mention any signs of lightheadedness, sweating, or chest pain before the event. Also, he did not report any history of diseases, such as diabetes, hypertension, dyslipidemia, stroke, heart attack, or thyroid dysfunction.

The medical history of the patient only showed a 5-year history of addiction, and withdrawal had started a year before with 5 cc of methadone intake per day. According to the patient’s report, he was treated by metoprolol tablets in later visits to the physician. Examination performed by the emergency physician upon admission revealed a blood pressure of 120/80 mmHg, pulse rate of 60 bpm, respiratory rate of 13 bpm, body temperature of 37.1°C, and O2 saturation of 97%.

Examination of different systems of the body did not show any abnormalities. The patient was referred for cardiac care to monitor ECG changes, including T-wave inversion in the inferior leads and prolonged QT interval (Figure 1). In the initial evaluation, troponin I (TPI) was negative, renal function and electrolyte level were normal, and no disorder was found on ECG. As ordered by the cardiologist, the patient was hospitalized in the cardiac care unit (CCU) for 24-hour monitoring due to ECG abnormalities. Three hours after admission, the patient showed ventricular tachycardia (VT), along with loss of consciousness. He was treated with synchronized shocks at 200 J and intravenous magnesium sulfate (2 g). Along with magnesium sulfate, lidocaine infusion at a dose of 2 mg/kg/h was initiated because of recurrent and resistant VT (Figure 2).

Within 8 hours, recurrent TdP was reported, which was exacerbated by a drop in heart rate. Because of the patient's resistance to antiarrhythmic drug therapies, overdrive pacing was performed at a rate of 90 bpm to cut the VT (Figure 3). During overdrive pacing, the patient’s VT was completely suppressed. After 48 hours, the pacemaker was removed, and the patient was transferred to the cardiology ward, as his heart rate was over 60 bpm and he showed a normal QT interval, a normal sinus rhythm, and nonrecurrence of arrhythmia although the pacemaker was off.

After the patient’s condition was stable, the medical history-taking revealed that he had tried to commit suicide by taking 200 cc of methadone syrup, equal to 1000 mg of methadone. Accordingly, he received psychiatric counseling. After 24 hours, he was discharged from the cardiology ward in a good general condition and advised to discontinue methadone treatment and start psychotherapy.

Addiction is associated with not only high rates of mortality and morbidity, but also serious familial, legal, and social consequences. Drug dependence is of notable significance in Iran, with a relatively high prevalence because of the geographical location of the country and neighboring countries, such as Afghanistan (15). Overall, the high incidence of severe health complications from addiction, besides the relative ineffectiveness of abstinence treatments in addiction management, has promoted MMT programs across the country. Domestic and international studies have also shown that MMT programs can control addiction-related damages in patients and reverse the process (16).

Numerous extensive studies have been conducted to evaluate the association between methadone dose and prolongation of corrected QT (QTc) interval. A few authors have reported a significant direct relationship and claimed that the risk of QT prolongation increases, as the methadone dose increases (17-20). Nevertheless, some researchers believe that QTc interval prolongation may happen even at therapeutic doses of methadone (21-23).

Another cause of TdP persistence in our case may be related to the long elimination half-life of methadone. On average, bioavailability of methadone is higher than that of other opioids, and in case of overdose, the elimination half-life is about 65 hours (13). Other risk factors for TdP in the literature include high-dose methadone therapy, HIV infection, female gender, hypokalemia, liver cirrhosis or renal failure, and simultaneous consumption of drugs (such as beta-blockers), which increases the serum methadone concentration.

It should be noted that the latest version of the national opiate-dependence therapy protocol for methadone recommends ECG only for patients with a history of cardiovascular problems, individuals above 50 years, and patients with other risk factors for cardiac arrhythmia. As for the increased risk of prolonged QT interval, recommendations are limited to physical examination (16). Given the high prevalence of methadone poisoning and cardiac complications, changes in the national protocol and ECG examination of all patients undergoing methadone therapy seem necessary (4, 11).

Another possibility is that patients taking methadone may use newer drugs and are consequently at risk of dangerous drug interactions whenever using other drugs in combination with methadone (e.g., prolongation of QT interval). In the present case, another reason for the patient's susceptibility to TdP was the concomitant use of metoprolol as a beta-blocker and methadone. Since the latest version of the opiate-dependence therapy protocol for methadone fails to mention drug interferences leading to increased QT interval (e.g., interactions with beta-blockers), it is recommended to consider expert comments in this area (16).

Methadone poisoning is among the major adverse effects of methadone use, which involves different systems of the body, including the cardiovascular and respiratory systems. Also, effective medications on QT interval may have interactions with methadone. Therefore, it is suggested to incorporate relevant recommendations in the new version of the national opiate-dependence therapy protocol.

The authors express their gratitude to the cardiovascular research center of Birjand University of Medical Sciences, as well as the authorities of Vali-Asr educational hospital of Birjand, especially the achieves department for their assistance in preparing this report.

Copyright © 2018, International Journal of High Risk Behaviors and Addiction. This is an open-access article distributed under the terms of the Creative Commons Attribution-NonCommercial 4.0 International License (http://creativecommons.org/licenses/by-nc/4.0/) which permits copy and redistribute the material just in noncommercial usages, provided the original work is properly cited
download pdf 4.63 MB Get Permission (article level) Import into EndNote Import into BibTex
Number of Comments: 0