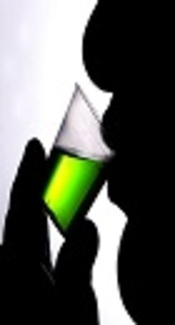 Feelings of hopelessness could be a potential sign of relapse in opiate addiction.

We investigated statistical relationship of self-reports of hopelessness by patients in methadone maintenance treatment (MMT) to concurrent drug abuse.

Mild to moderate reports of hopelessness among MMT patients were unrelated to their concurrent abuse of opiates, cocaine, and oxycodone.

Quality of life is a clinically important issue in opiate addiction and in methadone maintenance treatment (1) as it is linked to behaviors such as suicide attempts. Suicide attempts in opiate dependent persons are close to 13.5 times more frequent than in the general population (2). Suicide is a major cause of mortality among opiate addicts (3). A recent prospective study of 19,479 persons presenting with self-harm to emergency departments identified the patient’s feelings of hopelessness as a very important predictor of suicide (4). A limitation of that study was a reliance on clinical impressions and a dichotomous coding (hopelessness present versus absent) rather than measuring hopelessness on a score continuum from its absence to extreme severity. The hopelessness scale developed by Beck (5) provides a refined measure of hopelessness and is well suited for studies of opiate addicts in methadone maintenance settings. Relapses in such populations are common and can be monitored via random routine urine tests. We expected that methadone patients with urine tests positive for concurrent substance abuse would probably report higher level of hopelessness. Their feelings of hopelessness might make them more vulnerable to such relapses to substance abuse. Over time, the concurrent substance abuse impairs their quality of life and thus presumably enhances their sense of hopelessness.

We investigated whether scores on Beck Hopelessness Scale (5) of patients in methadone maintenance treatment (MMT) are statistically correlated with concurrent abuse of opiates, oxycodone, benzodiazepines, and cocaine.

The outcomes of random urine tests of MMT outpatients (34 men, 18 women) for whom current scores on Beck Hopelessness Scale (BHS) were available were entered into an SPSS data file. The Beck Hopelessness Scale is a 20 item questionnaire that quantifies self-reports of feelings of hopelessness. The minimum score is zero and the maximum is 20. The normal range is defined by scores from zero to 3 points. Mild hopelessness category includes scores from 4 to 8 points, moderate from 9 to 14, and severe hopelessness is indicated by scores above 14 points. When completing this questionnaire, our patients were asked to describe how they felt within the last 7 days. Their results of urine screening tests for opiates, cocaine, oxycodone, and benzodiazepines were recorded for all 52 patients for the period of the last 7 days. During these 7 days, each patient had undergone urine tests at least once, but not more often than 3 times (average number of tests = 1.7, SD = 0.6). The key variable, the outcome of urine tests, was calculated by dividing the urine test outcomes by the number of times the patient was tested. The calculation was carried out separately for each of the following classes of addictive chemicals: opiates, cocaine, oxycodone, and benzodiazepines.

None of the 52 patients reported suicidal ideation on admission to treatment or at the time of this study. Similarly, there were no known suicide attempts immediately prior to admission or during the treatment.

With respect to urine tests, 23.1% of the patients tested positive for opiates at least once in last 7 days, 19.2 % for cocaine, and 17.3% for oxycodone.There was no significant Pearson correlation between the BHS scores and these 3 types of urine tests: the overall level of hopelessness was uncorrelated to such concurrent substance abuse in our sample (P > 0.05, 1-tailed). Outcomes of these 3 types of urine tests were also uncorrelated (Pearson r, P > 0.05, 1-tailed) with age and with gender.

Only 7.7 % of our patients (N = 4) tested positive for benzodiazepines (3 females, one male): this number is too small for meaningful statistical tests with respect to correlations to hopelessness or age or gender. Larger samples of patients would be needed.

Each of the 20 items of Beck’s scale could be conceived as mapping a special aspect of hopelessness. From this perspective, it is of interest to statistically examine if any of these 20 aspects was associated with an abuse of a particular category of drugs assessed via urine tests (cocaine, oxycodone, opiates) in our study. We calculated a correlation matrix between the set of the 20 Beck’s items and the set of the 3 drugs of abuse. Given the large size of the correlation matrix and the exploratory nature of this part of our investigation, we adopted the significance level of P < 0.01 (2-tailed) to reduce chance level findings and to focus on the most salient trends only. The only significances found involved the abuse of oxycodone. The patients who abused oxycodone were more likely to respond with true to Item 7 (My future seems dark to me) and to Item 14 (Things just don’t work out the way I want them). The correlations were of moderate size: r = 0.36 to Item 7 and r = 0.37 to Item 14 and thus they are not likely to be meaningful predictors in clinical work with individual methadone patients.

Methadone maintenance therapy (MMT) has been empirically shown to reduce the risk of suicide for male patients (6). A further step in minimizing suicidal behavior in this population of methadone patients can be provided by psychologists or social workers trained in Cognitive-Behavior Therapy (7) for depression and anxiety. Some of our patients were already exposed to at least basic principles of Cognitive Behavior Therapy (CBT) in various counseling centers free of charge or for a fee by private professionals. The participation in methadone treatment and the exposure to elements of CBT have presumably jointly lowered the level of hopelessness in our sample of patients. This perhaps explains why only less than a third of our patients (30.8%) scored in the pathological range on Beck Hopelessness Scale (scores above 3 points).

The main contribution of this study lies in publishing the finding that, in our sample, the hopelessness scores did not statistically correlate with concurrent abuse of opiates, oxycodone, or cocaine. One reason for this may be the adverse impact of restricted or skewed range in the hopelessness scores on Beck’s scale. The adverse impact of restricted range of data on correlation coefficients is explained in more detail in classical textbooks of statistics (8, 9). The theory of restricted range also applies, by a logical extension, to severely skewed distributions as in our study: only 6 patients in our sample of 52 scored in the categories of moderate and severe hopelessness on Beck scale. Our correlational results are thus predominantly based on a comparison of patients with normal BHS scores to those scoring within the mild range on Beck’s scale. The results might be different on new patients at the time of their entry to methadone treatment, when they are presumably still more depressed and likely to experience higher levels of hopelessness.

The correlation of oxycodone use to Beck’s items “my future seems dark to me” and “things just don’t work out the way I want them” could perhaps be linked to analgesic properties of that substance: future studies would need to include measures of pain (e.g., the Brief Pain Inventory) to examine if those using oxycodone suffer from uncontrolled chronic pain.

A major limitation of our study lies in its cross-sectional nature and in the small number of urine tests over a short time span (none of our patients was tested more than 3 times over the 7 days of this study). A prospective study over at least 6 months on patients entering methadone treatment, with repeated measures of hopelessness and repeated urine tests, could provide valuable information on the changes in hopelessness scores and their relationship, over time, to urine tests for concurrent substance abuse. Various doctoral dissertations in this area could be carried out by focusing on additional variables such as variation in the methadone or suboxone dose, number of past suicide attempts, method of the attempted suicide, scores on measures of pain or measures of sleep quality, or psychopathology measures such as the Millon Clinical Multiaxial Inventory at the onset of methadone treatment and 6 months later. An important step in this direction has been the study by Mokhber, Afshari, and Farhoodi (6).

The inclusion of data on past or concurrent psychopathology appears to be of particular importance for future studies, especially in studies with longitudinal design, as there is a complex interplay between methadone and pre-existing psychopathology. Antipsychotic effects of methadone were reported by some clinicians and researchers. For example, a placebo-controlled study by Brizer et al., (10) determined that patients with treatment-resistant chronic paranoid schizophrenia who received methadone plus neuroleptic showed significant improvement.

The study by Maremmani et al., (11) concluded that stabilization dosages need to be higher in patients with a major psychiatric illness than in those free of such diagnosis and that those with major psychiatric illness take longer to reach stabilization phase in methadone treatment and need an especially cautious attention from clinicians during the tapering of methadone. A recent study by Maremmani et al., (12) determined that methadone proved to be therapeutically more effective on patients characterized by “sensitivity-psychoticism,” whereas buprenorphine was more effective on patients displaying a “violence-suicide” symptomatology. Case studies led by Khazaal in Switzerland and by Sadek in Canada suggest that methadone reduces the frequency of pre-existing obsessive compulsive symptoms and also may reduce severe depression or anxiety: these symptoms may resurface if methadone is tapered below a certain minimal level (13-15).

Concurrent alcoholism may be a severe confounding factor in the studies of hopelessness in methadone patients: future studies in this area would benefit from including laboratory tests such as the carbohydrate deficient transferrin test (16) to detect intensive ethanol consumption.

It is also of interest in this context that a genetic factor involving the single nucleotide polymorphism (SNP) of the cannabinoid receptor type 1 gene (CNR1) named rs2023239 was recently determined to provide an independent protective effect against lifetime major depressive disorder among opiate dependent outpatients (17). European studies suggested that potential predictors of suicidal risk among methadone patients include not only depression and alcoholism but also certain somatic comorbidities (18, 19). For example, positive tests for hepatitis C virus were found to be associated with higher suicidal risk (19). An inclusion of such somatic variables in future research on methadone patients is worthwhile.

We thank the patients in the methadone clinic for their participation in this medical study.

Copyright © 2018, International Journal of High Risk Behaviors and Addiction. This is an open-access article distributed under the terms of the Creative Commons Attribution-NonCommercial 4.0 International License (http://creativecommons.org/licenses/by-nc/4.0/) which permits copy and redistribute the material just in noncommercial usages, provided the original work is properly cited
download pdf 86.99 KB Get Permission (article level) Import into EndNote Import into BibTex
Number of Comments: 0