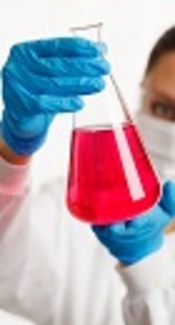 The aim of this study was to consider the dissociative experiences among patients referred to Addiction Treatment Clinic of Baharan Hospital of Psychiatry, Zahedan, IR Iran.

In this descriptive cross-sectional study, 231 patients, referred to MMT Clinic of Baharan Psychiatric Hospital in Zahedan, were studied. Sampling was convenient and patients were divided to two groups, including those receiving less than 60 mg of methadone daily (group A) and those receiving equal or more than 60 mg of methadone daily (group B). Dissociative experiences scale (DES) and addiction severity index (ASI) forms were completed. Finally, data were analyzed by using SPSS version 19 and independent t-test.

Based on the current study, it can be concluded that different dosages of methadone induce the same chemical dissociation and this has no significant relationship with different areas of ASI.

Today, substance use disorder has turned to a complicated global problem, particularly in third world countries. Iran is one of the greatest victims of substance abuse due to its geographical location as well as its historical and social background. Despite enormous financial and human resource expenses on drug trafficking over the past two decades, attempts have failed to fulfill people’s expectations, since most of the fight was against supply rather than demand (3).

The DSM-5 defines dissociation as “a disruption of and/or discontinuity in the normal integration of consciousness, memory, identity, emotion, perception, body representation, motor control, and behavior”. Dissociation symptoms can potentially disrupt every area of psychological functioning (1).

A dissociative experience is a defense mechanism in crises and/or coping with stress (4, 5). During a traumatic experience, dissociation enables a person to see the event as an observer, stop feeling pain or distress, and protects the person against awareness of the full impact of what has occurred (6).

Although the least effective dose of methadone is 60 mg daily, it seems that a dose of 40 to 50 mg per day and even lower has satisfactory results as well. Increasing the dose of methadone (especially equal and more than 60 mg per day) in patients with substance use disorder may improve long-term outcome, yet it may increase side effects, such as long QT syndrome, cardiac conduct disorders, infertility, osteoporosis, and chronic gastroenterology (constipation) (8).

Although data on the association between substance use disorder and dissociation are not defiantly demonstrative, there are evidences that the two phenomena are related (2).

The current study was conducted to investigate the prevalence of dissociative disorders among patients with substance use disorder referred to the Addiction Treatment Clinic of Baharan Hospital.

This descriptive cross-sectional study was conducted on 231 patients referred to MMT Clinic of Baharan Hospital of Psychiatry in 2015. Sampling was convenient.

Individuals younger than 18 and older than 50 years, with a history of physical illness, psychosis or mania, homeless people, those cancelling the treatment during study, besides imprisoned or detainees’ imminent people, and those with serious medical conditions were excluded.

This questionnaire consists of 28 questions and must be completed by patients. Item scores range from 0 (never) to 100 percent (always). This questionnaire has three factor structures, including amnestic dissociation, experiences of depersonalization, de-realization, and absorption and imaginative involvement (11). The total score for the whole scale is achieved by calculating the average score for all items, by adding all item scores and dividing the total by 28; the cut-off point was 30 (12). The internal consistency of DES among items was high at α = 0.70; test-retest reliability is appropriate at r = 0.84 (Bernstein and Putnam, 1986) and coefficient alpha for the current sample was 0.94 (13). In Sajadi et al.’s study, Cronbach’s α was 0.92 (14).

The addiction severity of patients was also evaluated according to the addiction severity index (ASI). The ASI is a semi-structured interview and can be conducted for individuals trained by clinicians and researchers. The ASI investigates seven aspects of a patient's life, including medical, employment/support, drug and alcohol use, legal, family/social, and psychiatric. The ASI obtains lifetime information about problematic behaviors as well as problems within the past 30 days.

The ASI-Lite contains 22 less questions than the ASI, and omits items relating to severity ratings and a family history grid. Predictive validity was around 0.76 to 0.91 and its sensitivity and specificity was 0.85 and 0.8, respectively. The reliability of the test was 0.91. Internal consistency with Cronbach’s α was 0.65 to 0.89 (15-18).

Informed consents were signed by all participants. All patients, who referred to MMT Clinic of Baharan Psychiatric Hospital during the study period, were asked to express their conscious satisfaction after providing necessary explanations about the method of implementation and objective of the project as well as completing the DES-predefined survey patiently and accurately. According to the answers to DES, the prevalence of their dissociative experiences was assessed. The relationship between addiction severity and dissociative disorders of patients were also examined. Finally, results of all surveys were analyzed by SPSS version 19 and independent t-test.

Table 1. Mean Age and DES in Each Group

Table 2. Frequency of Patients with DE Score More Than 30a

Table 3. Comparing the Areas of Addiction Severity in Patients Based on DES

In Somer et al.’s study, the detoxified and the MMT patients were compared, which demonstrated that the prevalence of dissociative disorders were higher in detoxified group around three folds compared with MMT patients. Trauma history and addiction severity were similar between the two groups. Consequently, the higher incidence of dissociative disorder among detoxified patients may be related to the nature of the two treatment methods. This theory is in agreement with chemical dissociation. Chemical dissociation can be used as a protection against painful memories and experiences as the addicted patient misuses drugs or patients on methadone maintenance treatment misuse methadone as a replacement for illegal drugs (2). However, the recovered opioid use disorder patients may feel pain, distress, and unfavorable emotions, which may force them to seek an alternative psychologic coping mechanism since they lost their protective blunting cover made by the drug (19, 20). Although pathologic dissociation is destructive in many ways, it can be offered as a powerful mechanism to suppress traumatic experiences and memories (21).

In the current study, there was no difference on DES among patients treated by different dosages of MMT. Also, ASI was the same in patients with and without dissociative disorders.

Kianpoor et al. calculated the mean DES scores of prisoners as 45.8% and indicated that 74% of their study subjects scored higher than 30. However, imprisonment may justify these high rates (25). In general, it seems that the rate of dissociative disorders is higher among individuals with history of addiction in Iran compared with other countries (24). Nevertheless, further studies should be done to evaluate this hypothesis. On the other hand, some researchers including Schafer et al. refused to accept the relationship between dissociative disorders and drug abuse (26).

According to Ghafarinezhad et al.’s study in 2013, who studied patients treated with methadone and healthy non-addicted people as the control group, it was indicated that the prevalence of dissociative disorders was significantly higher in the case group in comparison with control group (24).

In another study by Karadag et al. in 2005, conducted on 215 patients with substance use disorder, who were included voluntarily in the study, they concluded that according to DES, 36.7% of subjects were affected by dissociative disorders. Prevalence of such disorders was higher among young people compared with the elderlies and patients with this disorder had greater willingness to use a number of drugs simultaneously.

Based on the current study, it can be concluded that different dosages of methadone induces the same chemical dissociation, and this has no significant effect on different areas of ASI. According to the higher incidence of side effects with equal or more than 60 mg methadone per day, the sensible reason to increase the dose of methadone may be the patient’s unwillingness to take the drug and to keep the patient at the MMT. Despite studies done in this area, further studies are required to be conducted to obtain definite results.

This study had several limitations. The first was the use of convenient sampling and self-report data gathering. Furthermore, this was a cross sectional study with a relatively small sample size.

Copyright © 2019, Author(s). This is an open-access article distributed under the terms of the Creative Commons Attribution-NonCommercial 4.0 International License (http://creativecommons.org/licenses/by-nc/4.0/) which permits copy and redistribute the material just in noncommercial usages, provided the original work is properly cited.
download pdf 133.01 KB Get Permission (article level) Import into EndNote Import into BibTex
Number of Comments: 0