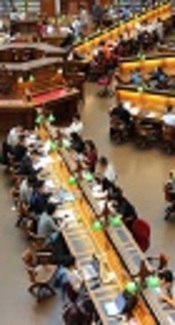 The Prevalence and Associated Factors of Extra/Pre-Marital Sexual Behaviors Among University Students in Kerman, Iran

Extra/pre-marital sexual behaviors (EPSB) are considered as an important problem, especially among the young generation.

This study was conducted to estimate the prevalence and determinants of EPSB among university students in Kerman, Iran.

This cross-sectional study was conducted on 2157 students in 2016. This study used different data collection methods such as direct and network scale-up (NSU). A self-administrated questionnaire was completed by the participants for direct data survey. Then NSU data were gathered through the interview by a trained same-sex interviewer.

Our findings showed that extra/pre-marital sexual relationships are relatively common among university students, especially males. We found lower percentages in the indirect NSU method, which is mainly because of nature of such behaviors that are invisible in society and we could not provide estimation for visibility.

Extra/pre-marital sexual behavior (EPSB) is an increasingly important area in public health, especially among the young population (1). It is estimated that EPSB is responsible for 4% of disability-adjusted life years (DALYs) in the world among youth group aging from 15 - 24 years old (2, 3). As EPSB had an increasing trend in most countries recently, thus it’s a serious concern that may threaten public health (4).

EPSB led to social and health problems in the young (5). Pre-marital relationships and pre-marital sex experience increase divorce risk (6). Poor education about sex before marriage in adolescents and the lack of awareness of adolescents about sexual relationships (7), leads to increased risk of sexually transmitted infections (STIs) (e.g. HIV), unplanned or unwanted pregnancy, illegal and unsafe abortion, and even in some cases leads to death (8, 9).

Due to the social stigma of EPSB in a traditional society like Iran, direct methods may not show the best estimation of the behavior. It seems that in recent years in Iran, the prevalence of these behaviors has been increased, especially in student populations. In addition, the number of studies, which address this issue in university students was not enough in recent years (12, 13, 16). This obviates a need to better understand of EPSB among university students.

The main purpose of this study was to determine the prevalence of EPSB and associated factors by the direct method and network scale-up (NSU) as an indirect method in the last year and before university entrance in students in Kerman universities. Since the study covered three major southeast universities in Iran, it provides valid results for health managers and policymakers to make preventive decisions.

We conducted a cross-sectional survey among 2157 university students in three main universities (one medical, two non-medical universities) in Kerman, southeastern of Iran, from January to February 2016. The participants were 1307 males and 850 females. Kerman University of Medical Sciences (KUMS), which is under the supervision of the Ministry of Health and Medical Education, includes medical, paramedical, and health-related disciplines at under- and post-graduate levels. Shahid-Bahonar University, affiliated to the Ministry of Science and Technology, trains students in engineering, agriculture, art, social and basic sciences, and veterinary medicine at under- and post-graduate levels. Shahid-Chamran also is affiliated to Ministry of Science and Technology. Only male students in undergraduate engineering fields are enrolled in this university. The Ethical Committee of KUMS reviewed and approved the study design and all procedures (IR.KMU.REC.1393.163). The aims of the study were first explained to the participants and they were assured of the confidentiality of the data.

Students in the first year of their college studies were excluded. From each university, 720 students were recruited in a convenient sampling with the maximum coverage of departments and faculties.

In order to minimize the level of information bias, confidential and anonymous questioners were distributed to the participants after the explanation of a trained person from the research team and taking verbal consent.

In the first section of the study, the participants answered a self-administrated questionnaire in which we directly asked students whether they had EPSB at least once in the last year and before their university entrance. The students were asked to drop completed questionnaires in a box.

In the second section, data were collected by NSU questionnaire. This method asks about EPSB in the respondent’s close friends. A trained same-sex interviewer asked the students about how many of their close friends had EPSB at least once in the last year. The close friend in our study was defined as ‘a university student who was at that university and the respondent knew him or her by name and face, contact with him/her several times in a week, spent at least two hours per week with him/her or had close direct contact with him/her at least two hours per week outside the classes (17). NSU questionnaire was completed by interviewers in a private place at university. Based on the average number of close friends that respondents know who have had EPSB and the average personal network size (total of close friends), the proportion of students who have had EPSB was estimated by the indirect method (17).

The questionnaire was excluded in case of the respondents had provided contradictory answers to a self-administrated questionnaire of direct method survey. We adjusted for the clustering effect of universities in the analysis using survey analysis. All estimates were weighted based on the inverse probability weight of College sampling.

We estimated the prevalence of EPSB using descriptive statistics and 95% confidence intervals (CI) for direct and indirect methods. We used the chi squared test for analysis of categorical variables. T test also was used to compare the means. Additionally, univariable and multivariable logistic regression were used to investigate the association between EPSB and some associated factors such as frequency of close friends’ network, age, gender, marital status, living status, academic degree, and university. We used direct method data to investigate the correlation of EPSB and risk factors. Data were analyzed using Stata 14.2. In all analysis, univariable and multivariable, the p-value was considered 0.05.

Table 1. The Demographic Characteristics of University Students' Participants in the Study, Kerman, 2016a

Table 2. Prevalence of Extra/Premarital Sexual Behaviors in Universities Students by Direct (in the Last Year and Before University Entrance) and Indirect (NSU) Method, Kerman, 2016

b Direct (in the last year) vs. indirect.

4.3. The Association Between Extra/Pre-Marital Sexual Behaviors and Demographic Variables by Direct Method in the Last Year

Table 3. The Association Between the Demographic Variables and Extra/Premarital Sexual Behaviors by Direct Method in Universities Students Kerman, 2016

In our study, the prevalence of the last year EPSB (in student course) was similar to findings in Iran and Ethiopia (18, 19). Various reasons such as the lack of parent surveillance in universities may cause a start and increase in EPSB after entering university (18). Students with no speaking about sexual behavior in families are usually more at risk of sexual behaviors (20). Actually, training parents about sex can positively affect the prevention of extra/pre-marital sexual behaviors (21). Some students are starting sexual behavior under the pressure of friends in the student period and consequently, this determines the necessity of warning students about finding a friend (22). Therefore, the reasonable relationship between parents and educating students about sexual issues and the selection of a friend can have an effective role in reducing extramarital sexual behaviors in the student period.

In our study, the prevalence of EPSB was higher among male students. This finding was compatible with the finding in Shahroud and Mashhad, Iran (19, 23). In societies like Iran, the differences between genders could explain these differences. The prevalence of drug use (such as Alcohol, Cannabis, and Heroin) was higher among male versus female students (24). It seems consumed drugs elevated odds of sexual activity (25). Moreover, in a conservative context like Iran, families are more worry about the behavior of their daughters and are more aware of their behaviors (7). In addition, boys prefer virgin girls (26). Thus involvement in sexual behaviors is more prevalent in boys (25).

We found most female students started their sexual behaviors after the entrance to the university. However, the most sexual behaviors of the male students started before student course (19). This can show that families are more careful about the behaviors of their children, especially girls but after they enter a university this surveillance will decrease (27). Sexual health education for daughters should be initiated by mothers but fears about stimulating the curiosity of adolescent and temptation to engage in sexual relation, insufficient knowledge of parents about sexual and inability of mothers in communication, are barriers to education (28). Contrary to parents’ concern about youth’s sexual knowledge, sexual awareness and education can reduce sexual behaviors (29, 30). When they do not receive information from mothers, an adolescent may get sexual information from unreliable sources (such as friends, satellite, TV, and internet) and this sources my increase EPSB among adolescent (26). Regarding the increase of male and female relationships and the probability of transmission risk of infection in the student community, training about sexual behaviors is essential for students.

Consistent with the study in Tehran, the most prevalent sexual behaviors was watching pornography (31). Increasing access to the media and its impact on youth has increased the experience of having EPSB (26). Adolescents who receive more sexual information from media have more sexual activities and more intentions to start sexual intercourse (32). Watching pornography increases the risk of having multiple sex partners among young population (33). In the study in Sudan, there was a connection between watching pornography and anal sex experience in female students (34). With increasing access of all students to cell phones and the Internet (32), it seems that we are facing an increase in watching pornography and its effect on the health of the young population. Sex education through social networks may reduce the risks of STIs (35).

This study had some limitations. First, as EPSB is a taboo among Iranian people, some of the participants may not want to talk about that. To reduce this limitation, we assure students confidentiality of their answers. Second, about 17% of the students did not answer the questions completely and we omitted the questionnaires. Therefore, due to these two limitations, we encountered to under-reporting of the behaviors. Third, the estimate of the prevalence in direct and indirect methods was under the influence of sociality desirability bias, transmission error, and barrier error; thus we recommend indirect methods without correction of these errors could underestimate more than direct method and it is necessary to estimate these corrections among Iranian students.

A significant percentage of students experience EPSB such as watching pornography, SSP, and SNSP, especially in the student period. We faced an increase in the prevalence of these behaviors in the student course compared with before student course in both genders. Lack of awareness, lack of centers in sexual health and fertility, a poor family relationship between parents and young people, and the impact of the media on young people have led to sexually hazardous behaviors and are associated with STIs such as HIV and unwanted pregnancy (26). Since EPSB are taboo and some students were unaware of their friends’ sexual behaviors, we obtained little information through the indirect method. Therefore, it seems that the use of a direct method for behaviors such as EPSB in some population groups can provide more reliable information.

Copyright © 2019, Author(s). This is an open-access article distributed under the terms of the Creative Commons Attribution-NonCommercial 4.0 International License (http://creativecommons.org/licenses/by-nc/4.0/) which permits copy and redistribute the material just in noncommercial usages, provided the original work is properly cited.
download pdf 145.98 KB Get Permission (article level) Import into EndNote Import into BibTex
Number of Comments: 0