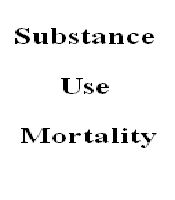 Challenges of Substance Use Disorders in Iran: A Letter to the Editor

Substance use mortality data in most Middle Eastern countries are limited and under-recorded (1). Improving the quality and quantity of substance use mortality data in Middle Eastern countries is the key challenge in developing appropriate responses to substance use mortality, as well as availability, transparency, and integrity of substance use data across the region's countries (1). According to the Iranian forensic medicine organization's data, the mortality rate from opiate and psychotropic use in the whole country was 3.82 per 100,000 individuals between March 2015 and March 2016 (2). In Iran, drug and alcohol use disorders are considered a puzzle, and each of the problems can be considered a piece of this puzzle; the items in the list are unordered and the numbers don’t represent priority.

2- Mortality and attributable burden from illicit drug use were considerably higher for males than for females in Iran (2, 4, 5).

3- Changes in the social norms of the younger generation and decline of social stigma about drug and alcohol consumption (5); in other words, social and cultural changes, and peer group influence play an important role in initial substance use among adolescents.

4- Gender and geographical differences among the deceased due to illicit drug use and incompatibility between spatial distribution maps derived from Ministry of Health data and Iranian forensic medicine organization, means that previous studies found evidence of spatial heterogeneity and gender inequality in illicit drug-related deaths across the country (4, 5).

5- The consequences of war between Iran and Iraq, including the lack of development of Western provinces and the unemployment rate higher than the average of the country.

6- The increasing trend of synthetic drugs instead of natural ones, especially among young individuals and adolescents (6); also, in the recent years, the tendency towards substance consumption has increased among young females.

7- Self-medication in Iran, with rate of 53%, has a high prevalence rate and there is an open access to various types of painkillers and nonmedical use of prescription-type opioids can lead to drug addiction (7).

9- Establishing a relationship between illicit drug use and non-marital sexual activity for providing the cost of illicit drug purchasing among Female Sex Workers (FSWs) (8); injecting drug use, sex with people who inject drugs, and substance use among FSWs are related to increasing risk of HIV outbreak in the population (8).

10- Increased drug impurities, such as lead in opium and increased lead poisoning deaths (9), as well as deaths from homemade alcohol poisoning that is caused by a lack of monitoring and quality control of homemade alcohol drinking that is done in Iran in order to produce low-price alcoholic beverages (10).

11- The increasing trend in drug-related mortality is predicted in females, which can be considered as an important clue to highlight substance use disorders among Iranian women (4).

12- Considering the conservative context of Iran and the stigma associated with substance use (particularly in females), fatal drug overdose data might be prone to under-reporting (5).

Overall, increasing access to substance use treatment services, gender-specific awareness, and focusing on high-risk age groups to highlight the risk factors of drug and alcohol use were recommended (4, 5). To monitor the prevalence of various substance use (e.g., illicit drug use, alcohol consumption), repeated national population size estimation studies are recommended. In addition, there is a need to ensure evidence-informed response with adequate coverage of harm reduction interventions. Moreover, consistent with the community management of opioid overdose program introduced by World Health Organization, providing tailored services to prevent premature opioid-related deaths in Iran is also required.

The authors would like to thank Dr. Mostafa Shokoohi (Department of Epidemiology and Biostatistics, University of Western Ontario, ON, Canada) for improving the English of the current manuscript.

Copyright © 2019, Author(s). This is an open-access article distributed under the terms of the Creative Commons Attribution-NonCommercial 4.0 International License (http://creativecommons.org/licenses/by-nc/4.0/) which permits copy and redistribute the material just in noncommercial usages, provided the original work is properly cited.
download pdf 74.62 KB Get Permission (article level) Import into EndNote Import into BibTex
Number of Comments: 0