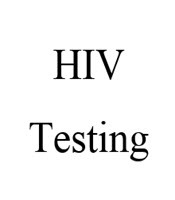 Challenges of Seeking HIV Testing Among Marginalized Populations in Iran: A Letter to the Editor

Despite the decreasing AIDS-related mortalities in several countries worldwide, an increasing trend of newly diagnosed HIV cases were found in many countries, including Iran over the past decade (1). In Iran, people living with HIV/AIDS often face stigma and discrimination across different healthcare settings (2, 3). Voluntary HIV counseling and testing, as one of the most cost-effective strategies, have been widely used in HIV/AIDS prevention and control programs (4). In Iran, people who inject drugs (PWIDs) and female sex workers (FSWs) are the two main marginalized populations at the risk of HIV infection. These populations are known as bridging groups in the transmission of HIV to the general population (5, 6). Indeed, FSWs are known to be a hard-to-reach population since they hide their identities in the conservative context of Iran (7). Although data on FSWs is relatively limited, an estimated overall HIV prevalence in Iranian FSWs was 4.5% in 2010 (8) and FSWs do not seek testing at voluntary counseling and testing centers. Therefore, the number of FSWs receiving HIV rapid testing services at these centers has not been considerable (6, 7). Despite free access to HIV testing, only 27.5% of FSWs received HIV testing in 2010 (6). Considering the point that less than 14% of Iranian young adults (19 - 29 years old) had ever tested for HIV in 2013 (9). In addition, HIV incidence is significantly higher for those with a history of alcohol use and illicit drug injection among Iranian FSWs (5). Barriers to HIV testing are associated with several different factors such as age, knowledge of HIV/AIDS, household wealth, and education level (10). On the other hand, some of the marginalized populations are exposed to a significantly higher chance of receiving HIV testing. For instance, people who perceive themselves at the risk of HIV, have received free condoms, started sex work at an older age, have had extramarital sex, have higher HIV-related knowledge, and those who know an HIV testing site (6, 9).

Intervention to help FSWs evaluate their potential risk for HIV infection could be an effective strategy for increasing HIV testing uptake among FSWs. This intervention includes extending the harm reduction program focused on unsafe drug injections, promoting de-stigmatization of HIV testing, developing a free condom distribution program, and making more visible HIV testing sites, as well as identification of the other potential barriers to HIV testing (6). Based on the fact that identifying the barriers to HIV testing among Iranian young adults remains a public health priority (9), the interventions that are aimed at increasing frequent HIV testing for vulnerable/marginalized populations such as PWIDs and FSWs are recommended, especially those interventions that utilize social media, public awareness campaigns, and mobile HIV counseling and testing services. These recommended interventions lead to reducing HIV testing-related stigma among the general population as well as those at risk of HIV infection and promoting de-stigmatization for seeking HIV testing in Iran. Given the above-mentioned issues, HIV testing rates among Iranian marginalized populations were far below the "UNAIDS 2020 targets".

The authors would like to thank the Clinical Research Development Center of Imam Reza Hospital for their wise pieces of advice.

Copyright © 2019, Author(s). This is an open-access article distributed under the terms of the Creative Commons Attribution-NonCommercial 4.0 International License (http://creativecommons.org/licenses/by-nc/4.0/) which permits copy and redistribute the material just in noncommercial usages, provided the original work is properly cited.
download pdf 76.45 KB Get Permission (article level) Import into EndNote Import into BibTex
Number of Comments: 0