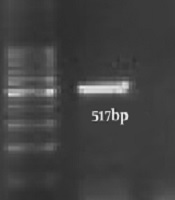 how to cite: Ramezani M, Hakimi H, Zainodini N, Rahnama A, Sayadi A. Survey on the Prevalence of Chlamydia trachomatis and Neisseria gonorrhoeae Infections and Their Possible Effects on Seminal Quality in Infertile Men. Int J Infect. 2019;6(4):e101243. doi: 10.5812/iji.101243.

Sexually transmitted infections (STIs) are a subject of great concern in public health, particularly in the field of reproductive medicine.

This study aimed to detect the presence of two sexually-transmitted bacteria, C. trachomatis and N. gonorrhoeae, in the semen samples of infertile men referred to a medical diagnostic laboratory in Rafsanjan city by PCR and also to investigate their possible effects on semen parameters.

Semen samples of 309 infertile men who were asymptomatic for genital tract infections were evaluated using the PCR method. In addition, the analysis of semen parameters was performed according to the WHO guidelines.

The average age of the participants was 32.67 ± 17.02 years and 11.65% of cases were positive at least for one of the two tested bacteria; 11.32% for C. trachomatis and only 0.32% for N. gonorrhoeae. Furthermore, there was a direct significant correlation between chlamydia infection and at least two variables of sperm quality; activity, and live ratio (P < 0.05).

The results demonstrated that C. trachomatis are widespread among males, and this infection may lead to an effect on semen parameters such as activity and live ratio.

Sexually transmitted infections (STIs) are a subject of great concern in public health, particularly in the field of reproductive medicine. Genital tract infections are responsible for about 15% of male infertility (1). Some men may have asymptomatic genital tract infections such as chlamydial infections, which can be detected in their seminal fluid (2). Gonorrhea caused by Neisseria gonorrhoeae is also among the common causes of STIs. So far, many studies have reported the frequency of Chlamydia trachomatis infection in men and women consequently, however, the frequency of this pathogen changes remarkably in various studies. In the report of 2015, C. trachomatis prevalence for males and females was high and ranged from 0% to 23.3%, and 0% to 32.7%, respectively in Iran (3). In the 2018 report in Iran, out of 1080 patients, 155 (14.3%) were diagnosed with C. trachomatis. Among them, 11% had semen abnormalities based on the findings of PCR and ELISA tests (4).

In the United States, the Centers for Disease Control (CDC) and Prevention reported an increasing incidence of gonorrhea with a yearly incidence of more than 800000 new gonorrheal cases. Although the number of reported cases decreased slightly in 2013, it increased by 5% in 2014 and reached the highest level since 2008 (5). C. trachomatis and N. gonorrhoeae are the most common reportable diseases in North American countries and have been associated with nearly 1.5 million people with reproductive morbidity in both women and men (6-8). In men, C. trachomatis has been linked to different urogenital infections including urethritis, prostatitis, and epididymitis (2). However, the effect of C. trachomatis infection on male factor infertility is still under debate; therefore, multiple studies have demonstrated the deteriorating effects of this bacterium on semen parameters or sperm function (9, 10). Age distribution of N. gonorrhoeae infections show similarity with C. trachomatis. Additionally, N. gonorrhoeae usually confined to cause occasionally epididymitis, which can be complicated by arthritis, meningitis, or endocarditis (11). The majority of people with C. trachomatis infection are unaware of their infection because they do not have any symptoms that would prompt them to seek medical care and have a significant impact on infertility, thus, the investigation of the prevalence of STIs (12).

A total of 309 consecutive infertile men aged 20 - 60 years attending the Medical Diagnostic Laboratory of Rafsanjan city were included. All subjects were assessed by the history of infertility and semen analysis and were of sexually active age. The infertile participants were undergoing semen analysis as part of a workup for infertility investigations. The study has been approved by the Medical Ethics Committee of Rafsnajan University of Medical Sciences (IR.RUMs.REC.1394.137). To investigate the association between the seminal detection of C. trachomatis and N. gonorrhoeae with main semen parameters, all data were collected using Sperm Processor PVT LTD software (Chamber, HFT Company, India). All semen samples were produced within the clinic environment after a period of 2 - 7 days of sexual abstinence and collected into sterile containers previously have shown to have no cytotoxic effects on human spermatozoa according to the WHO 2010 guidelines (13). Samples were placed in an incubator and liquefied at 37ºC for up to 30 minutes before analysis. The following parameters were determined before storing at -20ºC for further use; sperm concentration, rapid progressive motility seminal volume, sperm concentration, sperm activity, live ratio, WBC density, and pH.

For DNA, extraction of samples was used of Sinaclon kit method (Iran), according to the manufacturer’s instruction: 100 µL of the sample was mixed by 400 µL of Lysis Solution and vortexed 15 - 20 sec, completely. Then, softly pipetted to remove any aggregation, clot, or insoluble materials. Next, 300 µL of precipitation solution was added, mixed by vortexing for five seconds, and then centrifuged at 12000 g for 10 min; and the supernatant was discarded. Furthermore, 1 mL of wash buffer was added to the pellet, vortexed by 3 - 5 seconds and centrifuged at 12000 g for 5 min. Thenceforth, the wash vuffer poured off completely and dried pellet at 65ºC for 5 min (up to dry). Finally, 30 µL of the solvent buffer was suspended in pellet by gentle shook and placed at 65ºC for 5 min. The wall of the tube was washed for the mix of any residual pellet by softly pipetted. Then, the supernatant was centrifuged 30 seconds at 12000 g, and supernatant contains purified DNA. determine DNA concentration spectrophotometrically or visually was done after electrophoresis in fresh 1% agarose gel. The total DNA was then solved in 30 mL of DNAase-Free water. Finally, the DNA purity was assessed (represented by the A260/A230 and A260/A280 ratios) (The data has not shown).

To investigate the association between the seminal findings of C. trachomatis and N. gonorrhoeae with main semen parameters, all data were analyzed by SPSS 13.0 software. The statistical significance of the differences between groups regarding age, seminal volume, sperm concentration, sperm activity, live ratio, WBC density, and pH presented as mean values with standard deviation (SD) that were assessed using Fisher’s exact test. Semen characteristics were compared between semen-positive and semen-negative for C. trachomatis and N. gonorrhoeae infections in different age groups by the Pearson chi-square test.

A summary of abnormalities in the seminal parameters of positive cases was shown in Table 2. According to the results of the Fisher test, chlamydia infection had no significant detrimental effect on semen volume, pH, WBC density, and concentration, (P = 0.42, P = 0.192, P = 0.138, and P = 0.461, respectively). However, there was a positive significant correlation between the chlamydia infection and the variables of sperm activity, and the live ratio (P < 0.05). Also, chlamydia infection failed to change the three following physical parameters of the semen; color, smell, and viscosity.

Table 2. Determine the Frequency and Significance of Chlamydia trachomatis Infection in Infertile Men on Seminal Variablesab

According to the statistical analysis of the data in Table 3, there was no significant relationship between age group and seminal parameters.

Table 3. Determine the Frequency and Significance of Chlamydia trachomatis Infection in Infertile men According to Age Group with these Infectionsab

The role of some sexually transmitted bacteria such as C. trachomatis and N. gonorrhoeae as primary factors of genital infections and STIs both in males and females are unquestionable (16). Besides, significant cases of genital infections are asymptomatic, and as a result stay undetected and without any suitable therapeutic interventions, therefore, most infected people transmitting the infection to their sexual partner. Thus, it is indispensable to have a purposeful national plan to disrupt the transmission chain of these infections and as a result to prevent their negative impacts on the male and female reproductive system (3). In our PCR-based study, the prevalence of C. trachomatis and N. gonorrhoeae in infertile men were 11.32% and 0.32%, respectively. Although the younger age groups (< 25 years) are considered as the highest prevalence rate, in the present study, this infection had the highest rate of frequency among males of the age group of 20 - 40 years (88.57%). In addition, the only positive N. gonorrhoeae infection was detected in this age group. Previous studies reported that the prevalence of genital C. trachomatis infections in men had a wide range of variations. In their study, Gdoura and associates showed that the prevalence of C. trachomatis infection in males was 41.4% (6), while in the Daudi research in 2004, only 2.7% of semen samples were positive for C. trachomatis in male partners of infertile couples (2). In Iran, the frequency of this infection in males was reported from 12.3% to 17% (3). According to most reported Chlamydia infections, at least 50% of infected men are asymptomatic and generally, coexisted with gonorrhea infections (17).

In the 2016 report of Iran, the prevalence of N. gonorrhoeae was detected by around 2% in cases of infertile men (18). In a study by Sellami et al. in 2014, the prevalence of this bacterium alone was 8.2% in infertile men (19). In a study in 2012, the prevalence of N. gonorrhoeae in infertile men referred to the Canadian infertility clinic was at least 0.53% (20). Furthermore, the prevalence of these microorganisms, we appraised the relation between sperm quality and these pathogens. Past research on the effects of these pathogens on semen quality indicated inconsistent outcomes. Some surveys have revealed a high occurrence of chlamydia infections between infertile males and confirmed the effectiveness of these infections on semen parameters (21-24). Though, other researchers have indicated that there is no correlation between semen quality and these infections. Our study demonstrated that C. trachomatis was related to sperm activity and live sperm ratio and this is compatible with past surveys in the world (21, 22). However, there was no significant relationship between N. gonorrhoeae and infertility in men in this study. The current differences can be illustrated by the ability of this bacterium to stick to spermatozoa and its effect on activity and live sperm ratio.

The findings of the present study indicated that the PCR method is a beneficial method for epidemiologic studies of C. trachomatis and N. gonorrhoeae. Our results also illustrated that C. trachomatis were widespread among infertile males in Rafsanjan, and chlamydial infections could affect some semen parameters. Accordingly, the necessity of controlling STIs and their complications is of paramount importance and should be into account by the health care policymakers.

Copyright © 2020, International Journal of Infection. This is an open-access article distributed under the terms of the Creative Commons Attribution-NonCommercial 4.0 International License (http://creativecommons.org/licenses/by-nc/4.0/) which permits copy and redistribute the material just in noncommercial usages, provided the original work is properly cited.
download pdf 232.40 KB Peer Review Comments ( 126.22 KB) Get Permission (article level) Import into EndNote Import into BibTex
Number of Comments: 0