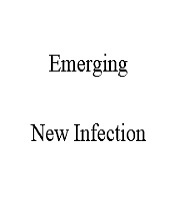 In 1894, Emil von Behring treated diphtheria with antisera, and in the process discovered passive immunity. He won the Nobel prize in Medicine in 1901 for this discovery. Since then, antibodies have been used to prevent or treat many infections like Tetanus, Botulism, Hepatitis A, Chickenpox, Rabies, Measles, etc. (2).

Convalescent plasma is plasma obtained from people who have recovered from an infection. It contains antibodies that can confer passive immunity. Convalescent plasma has been used successfully and without complications during past outbreaks of SARS-CoV in 2003 (3), Ebola in 2015 (4), and Influenza A (H1N1) in 2009 (5). Given that a vaccine against SARS-CoV-2 is at least months away, convalescent plasma could be a potential treatment option for COVID-19.

A case-series of 5 critically-ill patients treated with convalescent plasma was reported by Shen et. al. in March 2020. It was reported that viral load reduced in all 5 patients following the treatment, and 3 out of 5 patients were discharged from hospital (6). This study is however limited by the fact that there was no control group, therefore it is not possible to ascertain if these patients could have recovered without the treatment. Continued administration of steroids and antiviral agents after the administration of convalescent plasma confound the results. However, the results make a compelling case for conducting randomised controlled trials of convalescent plasma in treating COVID-19. Passive immunity is more effective as prophylaxis than as therapy. However, prophylactic use of convalescent plasma against COVID-19 is not possible due to the scarce nature of convalescent plasma. A donor weighing 60 kg may not safely donate more than 690 mL of plasma twice a week, and the protocol followed by Shen et al. (6) required the transfusion of 400 ml of plasma per recipient.

Detailed protocols for the generation of such recombinant antibodies can be found in the literature (8), the discussion of which is outside the scope of this article. Briefly, lymphocytes can be isolated from the peripheral blood of people who have recovered from COVID-19, and having a sufficiently high neutralizing antibody titer. The entire repertoire of antibody genes can then be expressed as a phage display library. SARS-CoV-2 can be grown in an appropriate cell line like VeroE6 or Vero/hSLAM, and the display libraries can be panned against the cell line to select antibodies with the highest affinity. These antibodies can then be cloned and using a high yield expression system, can be isolated from this system. The generation of these monoclonal recombinant antibodies may take a few months. Therefore simultaneously, lymphocytes isolated from convalescing patients must be cultured and immortalised using EBV (9) or CD40L/IL4 (10) and polyclonal antibody cocktail can be isolated from this culture. Such a polyclonal antibody cocktail can be made available in a few weeks. Antibodies thus isolated can be trialled in in-vitro studies to assess efficacy in reducing viral load. Antibodies found to be efficacious in-vitro can be trialled in COVID-19 patients to assess therapeutic benefit. In-vivo experiments and clinical trials can also be conducted with these antibodies to assess if they can be used to confer passive immunity against SARS-CoV-2 in non-infected healthy persons.

Though active immunity confers long lasting protection, passive immunity from convalescent plasma and recombinant antibodies isolated from convalescent whole blood confers immediate protection against disease, and in the middle of a raging pandemic like the one we are currently facing, it is just what we need. We should be focusing our energies on tapping its potential.

Copyright © 2020, International Journal of Infection. This is an open-access article distributed under the terms of the Creative Commons Attribution-NonCommercial 4.0 International License (http://creativecommons.org/licenses/by-nc/4.0/) which permits copy and redistribute the material just in noncommercial usages, provided the original work is properly cited.
download pdf 73.81 KB Peer Review Comments ( 107.79 KB) Get Permission (article level) Import into EndNote Import into BibTex
Number of Comments: 0