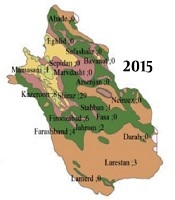 Malaria, a mosquito-borne infection, is caused by protozoan parasites invading the red blood cells of both humans and animals. Iran is an endemic site for malaria with 1 - 10 cases per one million dwellers, in which 90% of cases occur in southern parts of Iran.

Based on the results of the current study, 5 space-time clusters were discovered for malaria, indicating that malaria followed a time-space trend in the area (P value < 0.05). The Most Likely Cluster (MLC) contained almost 50% (6/12) of all cases during 1/7/2015 and 31/7/2015 in Firoozabad (P < 0.05); however, non-statistically significant clusters were detected which had clinically important information on the canons of the outbreaks.

Malaria did not occur uniformly in Fars province during 1/1/2011 and 31/12/2015. Detected space-time clusters could help Public health managers and policymakers dedicating clinical staff and facilities to more needy areas and consequently reduce the rate of disease in the area.

Malaria is more prevalent in tropical and semi-tropical areas, including Sub-Saharan Africa, Asia, and Latin America (2-4). 214 million malaria cases were observed universally, resulting in 434,000 deaths, of which 90% occurred in Africa (5). Iran is as an endemic site for malaria with 519 cases in 2013, from which 80% were vivax (6, 7). Iran showed a 75% reduction in malaria infection between 2000 and 2013; however, the incidence rate of malaria was 10 to 100 cases per 100,000 inhabitants. 90% of cases were seen in south-eastern parts, including Sistan and Baluchistan, Hormozgan, Kerman, and Fars provinces. Precipitation and immigratebility of the residential areas are from the most important causes for high prevalence in these parts (8, 9).

Some diseases are recurrent to a specific space and time. The usual way of assessing these variables was to categorize one dimension and analyze it in another dimension or vice-versa. However, modern technologies such as ArcGIS and SaTScan, with which permutation scan modeling was used, have enabled us to investigate the space and time features of these variables at the same time. This work was the first methodology to check the space-time trait of malaria simultaneously and detect the space-time clusters in Fars province-Iran during 2011 and 2015 (10-13).

Time-series data, including 357 malaria cases recorded from 19 cities, were used retrospectively to detect the space-time clusters of malaria in Fars province-Iran during 2011 and 2015. Since it was a retrospective study, no consent form was applied; however, all the ethical steps including data collection and analysis as well as reporting the results were performed in accordance with the standards approved by Ethics Committee of Ministry of Health, Treatment, and Medical Education under ethics number of IR.SUMS.REC.1396.S755.

The space-time trait of a variable was evaluated using the space-time permutation model introduced by Kulldorff using permutation scan statistics (10). Finally, only clusters were reported with no geographical overlap. The same analysis was conducted to detect clusters within large clusters.

A quadratic trend was seen in the annual rates of malaria cases during 2011 and 2015 in Figure 1. 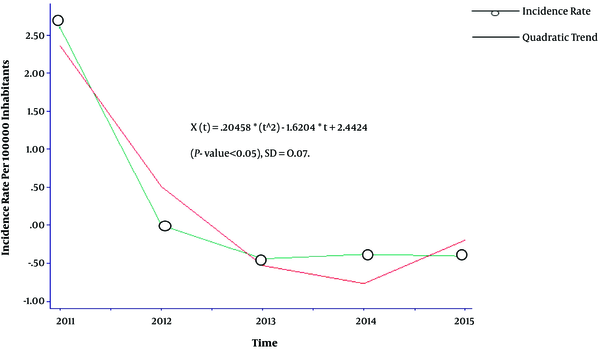 Figure 2 shows the monthly trend of malaria cases from January 2011 to February 2015.

The number of malaria cases by month of year of onset in Fars province- Iran from 2011 to 2015 (m1 is the first month of the year (January).

aValues are statistically significant at 0.05 level.

aValues are statistically significant at 0.05 level. 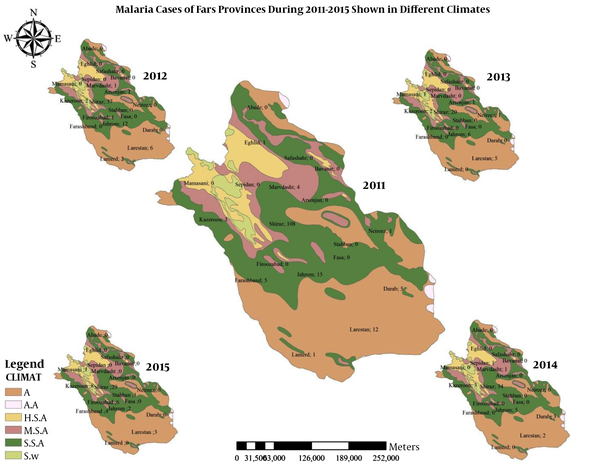 The geographical distribution of malaria cases in Fars province-Iran during 2011 - 2015 in six different climates. Note: Six climatic categories based on the humidity of the area are shown in different colors.

The detected space-time clusters showed that malaria followed a space-time feature in the area during 2011 and 2015. 5 clusters were found of which the MLC in Firoozabad as the canonical site for malaria was the only significant cluster. It included 50% of all cases during 1/7/2015 and 31/7/2015. MLC contained almost 1.7% of all cases over the study period. In the current study, the purely temporal analysis revealed an outbreak from June to September (from 2004 to 2006), which was in concordance with the MLC time frame (June (2017)).

Also, the detected time frame of MLC from April 2004 to November (2007) was in agreement with the transmission period of malaria in Fars province (14).

In a study in China, the purely temporal analysis resulted in three clusters happening from March to August (in 2005), from May to October (in 2006), and from March to April (2007). These periods encompassed the transmission period of malaria mainly from April to November. In addition, space-time clustering in the current study detected three clusters, including MLC occurring in 1/1/2005–31/5/2007, one SCs in 1/2/2005–28/2/2007, and another SCs in 1/1/2005–31/1/2005. All these periods covered the transmission time of malaria and proved the efficacy of this methodology on malaria (15).

In a previous study done on cutaneous leishmaniasis (CL), a disease with a very high prevalence in Fars province resulted in discovering space-time clusters in the area. it showed that permutation scan modeling was efficient enough in detecting outbreaks of infectious diseases in the area (11-13).

Unlike our quadratic trend of malaria during 2011 and 2015 in Fars province, some studies showed a decreasing trend over time, especially in vivax malaria (15-17).

Clinical and statistical preferences have always been controversial; permutation scan statistics results in statistically significant and non-significant clusters. Non-significant clusters are clinically canons of infection. Methodologically, it is a drawback in permutation scan modeling. As a solution, Population Attributable Risk (PAR) could help to decide between clinical and statistical significant clusters. PAR is a value between 0 and 1, and the closer this number is to one, the more likely it is to be a real cluster (15). Another limitation was that the surveillance system in Iran was passive. For example, many patients did not go to the health centers, and consequences were not registered in the health system; this leads to underestimating the disease prevalence. Finally, there was a variety of meteorological factors in Fars province, such as precipitation and wind velocity, which were not included in the study. The sero-epidemiological traits of reservoirs and agents and hosts’ genetic features were not considered as well.

Although the data were old, it was the first methodology evaluating space and time traits of malaria in the south of Iran. Mathematically, it was shown that malaria did not follow the uniform distribution over time and space in the area, and space- time clusters could function as an early warning system to the health system. In other words, the findings could be useful in organizing the priorities of facilities in high-risk areas.

This article was extracted from the PhD dissertation (proposal No. 12439) written by Marjan Zare and approved by Research vice-chancellor of Shiraz University of Medical Sciences. Hereby, the authors would like to thank Ms. A. Keivanshekouh at the Research Improvement Center of Shiraz University of Medical Sciences for improving the use of English in the manuscript, and also Hamidreza Zare TV & Digital Art graduate for improving the figures in the manuscript. The abstract is presented at the 6th international conference on epidemiology and public health hold on 23-25 October, 2017 Paris, France.

Copyright © 2020, International Journal of Infection. This is an open-access article distributed under the terms of the Creative Commons Attribution-NonCommercial 4.0 International License (http://creativecommons.org/licenses/by-nc/4.0/) which permits copy and redistribute the material just in noncommercial usages, provided the original work is properly cited.
download pdf 2.22 MB Peer Review Comments ( 97.59 KB) Get Permission (article level) Import into EndNote Import into BibTex
Number of Comments: 0