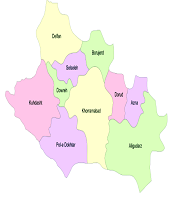 Q fever is caused by the bacterium Coxiella burnetii. To date, no studies have been conducted on the rate of Q fever infection among the veterinary staff in Lorestan province.

The present study aimed to investigate the seroprevalence of infection in the veterinary staff.

This cross-sectional study was conducted from April to July 2019 on 92 samples collected randomly from Lorestan province on veterinary staff who had a history of contact with livestock and were tested via indirect immunofluorescence kit.

In this study, 77 (83/69%) samples were positive, and 15 (16/3%) samples were negative. There were no statistically significant relationships between residence, contact with livestock, and work experience.

According to the results of this study, the high seroprevalence of a Q fever was observed among Veterinary staff, which further reveals the necessitates of diagnosis, treatment, and prevention of the disease in order to prevent unwanted complications in people in contact with livestock.

Q fever is a zoonotic disease with widespread multiple reservoirs mostly reported in domestic and wild mammals, birds, and arthropods such as ticks (1-3). It is essentially an occupational disease that is prevalent in animal breeders, slaughterhouse workers, veterinary workers, or laboratory workers (4). However, the prevalence of Q fever is likely to be underestimated because the clinical signs in both acute and chronic forms of Q fever are nonspecific, and the incubation period is relatively long (5). Serological methods are usually preferable to other methods in epidemiological studies. Indirect immunofluorescence (IFA) is a sensitive, practical, and convenient method with relatively good properties and has been identified as a reference method for this disease (6, 7). Based on previous studies in Lorestan province, the presence of Coxiella burnetii bacteria has been confirmed in the livestock population of the province. According to the livestock situation of the province, the presence of bacteria in the human population is not far from the mind (8-12).

The present study aimed to conduct the serological examination of Q fever among the veterinary staff of Lorestan province by the IFA method.

In this study, we assessed the seroprevalence rate of Coxiella burnetii in Lorestan Veterinary Staff with a history of livestock contact by IFA from April to July 2019.

After obtaining the code of ethics committee number (LUMS.REC.248) from Lorestan University of Medical Sciences, to investigate the presence of antibodies against Coxiella burnetii in the serum of veterinary staff of Lorestan province, we referred to veterinary offices in different cities of Lorestan province, and blood samples obtained. (Figure 1). Blood sampling was performed by the nurse after their informed consent. 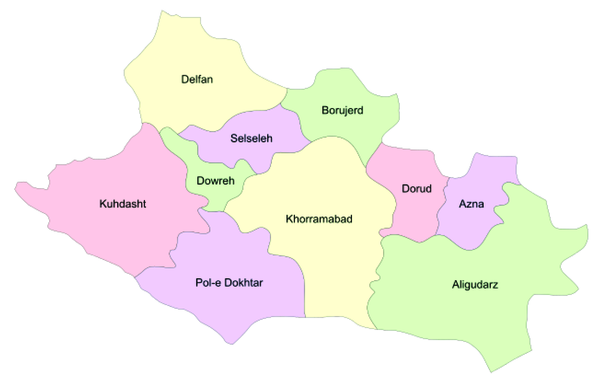 After taking the blood sample by syringe, the blood was poured into sterile test tubes without anticoagulant, and the test tube was coded. Then, the test tubes were transferred to the immunology laboratory of Lorestan University Veterinary School, and after one hour of incubation at 37°C, via an applicator, the formed clot connections were separated from the tube wall. Then the tubes were centrifuged at 3000 rpm for 10 minutes. The serum formed by the sampler was gently removed from the top of the tube and transferred to pre-coded microtubes, which were then placed in a freezer at -20°C for long-term storage.

Out of 78 people living in the city, 82.1% were diagnosed positively, and out of 14 people living in the village, 92.9% were diagnosed with the disease, which was not statistically significant. Considering the P value (0.314), which is greater than the significance level of 0.05, there was no association between the results of serology and residence in veterinary staff of Lorestan province (Table 1).

Table 1. The Results of Coxiella burnetii Serology in Veterinary Staff of Lorestan Province Based on Location and Work Experience

Also, the results of the chi-square test showed that the relationship between Coxilla Burnetti serology results in veterinary staff of Lorestan province, with work experience, is not statistically significant (P value = 0.451) (Table 1).

Q fever is a zoonotic disease reported in geographical areas with different climates, such as Iran. The increase in seroprevalence in this study maybe due to the population studied who had a long history of contact with livestock and frequent contacts with disease reservoirs. The results of this study indicated that indirect immunofluorescence assay (IFA) was a sensitive method, as mentioned in the sources as a reference method (11, 12).

This is the first study in Iran on the veterinary staff who have not been vaccinated for Q fever using the IFA method. In this study, the prevalence of very high phase II C.burnetii in the Veterinary Staff population with a history of contact with livestock was found to be positive (83/69%).

A few studies have been performed in other populations in Iran with the mentioned method.

Metanat et al. (2011) evaluated 105 patients with a possible diagnosis of brucellosis via the IFA technique to detect serum anti C. burnetti antibodies. 35.2% of patients had a positive serum titer against C. burnetti (13).

The results of this study do not agree with the study conducted in Zahedan due to the difference in climatic conditions in different cities of Iran and the difference in the study population. Most of the positive examples of the study are rural people with a history of contact with livestock. The results of these two studies indicate the high prevalence of the disease among humans, especially those who have been in contact with livestock.

Various studies have shown the prevalence of Q fever in the human population by serological methods. Khalili et al. (2013) studied the prevalence and risk factor of Q fever among veterinary students in Kerman with the ELISA method. Among 121 serums were taken, 42 (34.7%) serum samples were positive (14).

Roji et al. (2012) conducted a study in the Netherlands and collected the sera of 674 veterinary students and tested them for Coxiella burnetii IgG antibody by indirect immunofluorescence method. Among the mentioned samples, 126 (18.7) % had IgG antibodies against Coxiella burnetii (16).

Most previous studies showed that the prevalence of Q fever was higher in people who have been in contact with livestock than in other people, which is consistent with the results of this study.

Coxiella burnetii strains have been diagnosed with varying degrees of severity in different parts of the world that strongly affect the epidemic profile of the disease (14). The genetic diversity of these strains may indicate that Coxiella strains are less severe in Iran. High seroprevalence of Q fever without recording clinical symptoms can be caused by the virulence of these strains.

In this study, we expected that the rate of positive immunofluorescence test would be higher with increasing work experience, but no statistically significant difference was observed. The high percentage of contamination, despite the lack of significant correlation in statistical tests, is probably due to airborne transmission of Coxiella, which is consistent with the results of other studies (18, 19).

Q fever test is not defined in the daily serological evaluations of patients, thereby ignoring a high percentage of clinical cases of this disease, which requires at least more attention in patients with compatible symptoms and occupational exposures. Although Q fever has been reported in Iran, the actual status of the disease in Iran is still unknown, and the similarity of the symptoms of the disease with malta fever and influenza has been greatly underestimated.

Due to the high serum prevalence of Q fever in veterinary staff, it is recommended that the Veterinary Organization and the Ministry of Health subsidize the production of diagnostic kits and vaccines to prevent this disease.

This research is based on a dissertation. The project executives are obliged to acknowledge and appreciate the support and cooperation of the health centers of Khorramabad city and Lorestan University, as well as with Fariba Hadipanah, who helped us in our sampling.

Copyright © 2021, International Journal of Infection. This is an open-access article distributed under the terms of the Creative Commons Attribution-NonCommercial 4.0 International License (http://creativecommons.org/licenses/by-nc/4.0/) which permits copy and redistribute the material just in noncommercial usages, provided the original work is properly cited.
download pdf 371.81 KB Peer Review Comments ( 114.68 KB) Get Permission (article level) Import into EndNote Import into BibTex
Number of Comments: 0