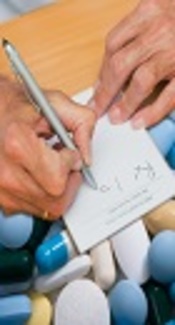 Surgical antimicrobial prophylaxis refers to a brief course of antibiotic given just before surgery. Surgical site infection increases the hospital stay and prophylaxis has the potential to shorten hospital stay and fasten return to normal activity after discharge from the hospital. Therefore, the present study was undertaken to observe and analyse antimicrobial prescription pattern in patients that had undergone surgery at a tertiary care hospital.

This was a prospective case series study, with 200 patients irrespective of age or gender, presented to the surgical wards of a tertiary hospital and undergoing surgical intervention, conducted from October 2016 to April 2017. Permission of the institutional ethics committee was obtained before commencement of the study. Data was collected from all patients with the help of predesigned, pretested, and structured questionnaires. By comparison with international guidelines and national guidelines, the antibiotic prescription patterns were assessed. The researchers also observed whether a fixed protocol was followed for antimicrobial use for surgical prophylaxis.

Overall, 200 patients were studied, with a mean age of 40.2 and a range of 23 to 70 years old with 64% being males and 36% being females. The surgeries of these patients were hernioplast 36%, PCNL 8%, haemorrhoidectomy 20%, appendicectomy 4%, hydrocoel surgery 16%, lipoma excision 12%, and cholecystectomy 4%. The percentages of antibiotics used for these surgeries were cefotaxime 44%, amikacin 88%, ceftriaxone 52%, metronidazole 30%, and cefixime 54%. These were then compared with the International and National guidelines for surgical prophylaxis.

Third generation cephalosporins were the preferred antibiotics for pre-operative use as well as for use in combination with aminoglycoside and metronidazole for better postoperative antibiotic coverage. This seems to be due to multiple factors in Indian settings, which makes Indian practitioners administer antibiotics for a prolonged duration.

Antibiotics are substances, which are obtained from one microorganism and prove fatal for other microorganism at low concentration. Antibiotics can either destroy 2 organisms (bactericidal) or prevent multiplication (bacteriostatic).

Antibiotics have 2 indications in surgery:

- Use antibiotics in a manner that is supported by incidence of effectiveness.

- Minimize the effect of antibiotic on the patient’s normal bacterial flora.

- Cause minimal change to the patient’s host defences.

Surgeries can be categorized to four classes with increasing infection of bacterial contamination and subsequent incidence of postoperative infections (2):

- Clean wound; these are not inflamed or contaminated and do not involve surgeries on an internal organ.

- Clean-contaminated wounds; these have no evidence of infection at the time of surgery but do involve surgeries on an internal organ.

- Contaminated wounds; these involve operating on an internal with spilling of contents from the organ into the wound.

- Dirty wound; these are wounds in which a known infection is present at the time of surgery.

Although a wide range of organisms can cause infections in surgical patients, antimicrobial agents that are prescribed should protect all expected infections considering the local resistance pattern and cost of drugs; thus, narrow spectrum and less expensive antimicrobial agents should be the first choice for prophylaxis during surgery (3).

Therefore, the present study was undertaken to observe and analyse antimicrobial prescription pattern in patients undergoing surgery in tertiary care hospitals and compare them with International (4) and National guidelines (5), which may provide benefit to a large portion of the population.

This prospective case series study was conducted from October 2016 to April 2017, at a tertiary care hospital in Navi-Mumbai. Two hundred cases presented to the surgical wards of this tertiary level hospital and undergoing surgical intervention were included. Permission of the institutional ethics committee was taken before commencement of the study. An informed written consent was taken from each patient before being included in the study. Those, who did not undergo a surgical intervention and those, who did not give consent for participation were excluded from the study.

This study compared the antibiotics prescribed in the surgical wards with the international guidelines (developed jointly by the American society of health-system pharmacists [ASHP], the infectious diseases society of America [IDSA], the surgical infection society [SIS], and the society for healthcare epidemiology of America [SHEA]) (4) and national guidelines (developed by national centre for disease control) (5) and observed whether a fixed protocol was followed for antimicrobial use for surgical prophylaxis.

The antibiotics prescribed for every individual patient were noted in detail (route, dose and duration) in the case record form followed up by analysis of the prescription pattern. It was also attempted to analyse the percentage of drugs prescribed by generic names. Data was entered in the MS-Excel software. Numerical data was summarized using means. Categorical data was summarized using percentages.

Types of surgeries performed are shown in Figure 1.

All surgeries were further categorized as per absence or presence of infection before surgery (Haley RW (2)).

Figure 2 shows the various antibiotics prescribed in the surgical wards. All prescribed antibiotics were listed in the national essential drug list except amikacin.

Table 1 to Table 3 shows details of antibiotics prescribed for various categories of surgeries.

Fixed protocols for various categories of surgeries were not observed.

The current study indicated that all patients received 3rd generation cephalosporins either alone or in combination with aminoglycoside. Metronidazole was prescribed for contaminated surgeries of gut and gall bladder, in which anaerobic organisms are expected to be present. It was tried to analyse the antibiotic prescription pattern and compare it with the patterns provided by International guidelines (4) and national treatment guidelines (5).

In Indian studies conducted by Rehan (6) and Parulekar (7), at a tertiary care hospital, 3rd generation cephalosporins were prescribed to almost half of all the patients, who received preoperative antibiotics and for a prolonged duration of 5 to 10 days post surgery, which was inappropriate according to SIGN and ASHP guidelines. Similar studies conducted in other countries (8-16), revealed a high frequency of prescription of antibiotics when not required, inappropriate choice, and use of antibiotics for a prolonged duration. In the current study too, a similar prescription pattern was found, where 3rd generation cephalosporins were prescribed to all patients preoperatively. Overall, 58% of participants received ceftriaxone and 42% received cefotaxime prior to their surgery and postoperative antibiotics were continued for a prolonged duration of 5 to 8 days.

A protocol to administer surgical prophylaxis should be generated for the hospital, taking into account the infection rates along with the common types of infecting organisms. Policies to formulate and promote the development, dissemination, and adoption of evidence-based antibiotics should be made. The policy should be simple, clear, and implementable. There should be constant monitoring with periodic audit to ensure adherence is warranted. This will ensure that clear protocol based guidelines are followed thus minimizing resistance and over use, as recommended by Agrawal (17) and Maria Aparecida (18) in their studies.

Third generation cephalosporins were the preferred antibiotics for pre-operative use as well as for the use in combination with aminoglycoside and metronidazole for better postoperative antibiotic coverage. Thus, this seems to be due to multiple factors in Indian settings, which makes Indian practitioners administer antibiotics for a prolonged duration. Thus, the study documents a need to reform the current antibiotic usage and development of hospital-based antibiotic guidelines for rational utilization.

Copyright © 2018, International Journal of Infection. This is an open-access article distributed under the terms of the Creative Commons Attribution-NonCommercial 4.0 International License (http://creativecommons.org/licenses/by-nc/4.0/) which permits copy and redistribute the material just in noncommercial usages, provided the original work is properly cited.
COMMENTS