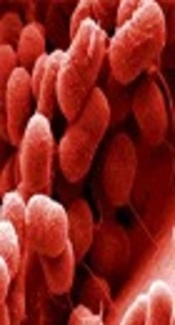 Acinetobacter baumannii are opportunistic pathogens that are found in abundance in Zabol. Due to their unique capability for long-term survival in the hospital environment, the chances of becoming infected with the bacteria are very high. Therefore, identifying potential sources of infection in the donor is very important. The aim of this study was to determine antibiotic resistance in Acinetobacter isolates.

A cross sectional study was performed to evaluate 30 strains of Acinetobacter baumannii, isolated from urine culture of hospitalized patients (Amir- Al- Momenin Hospital, Zabol, South Eastern Iran) with urinary tract infections during a period of 6 months and antibiotic resistance was determined by the disk diffusion method and minimum inhibitory concentration for the antibiotic gentamicin was found with the microdilution method.

The results showed that in this study, all antibiotics used on Acinetobacter were effective antimicrobial agents, and only four positions (13.33%) and 26 sensitive points (86.66%) to these antibiotics have been accessed. After chloramphenicol, gentamicin was found as the most active antibiotic in a way that 7 sensitive samples (23.33%) and 23 officials (76.66%) were observed. Results of minimum inhibitory concentration (MIC) showed that four strains of Acinetobacter could grow at all concentrations of gentamicin, while the highest MIC was equal to 1024 micrograms per milliliter.

This study demonstrates the increasing resistance of many strains of Acinetobacter baumannii, thus new antibiotics and new treatments are needed.

The role of Acinetobacter in clinical infections is its resistance in dry and humid environments. The same occurs in warm negative bacteria. This issue is important because thorough it, the bacteria gains resistance mechanisms to antibiotics and thus increases the number of patients with clinical infections. Due to its compatibility with various situations, it can cause clinical epidemic of infections. The hospital environment acts as a source of bacteria as indicated by many studies.

At medical centers, bacteremia, meningitis, respiratory tract infections, urinary tract and surgical wound infections, are created (1). The importance of these bacteria in hospitals needs to be investigated. Members of Acinetobacter baumannii cause antibiotic resistance, which constantly increase to the point that today, with the emergence of highly resistant strains (multidrug-resistant (MDR) and extensively-drug resistant (XDR) Acinetobacter), their treatment has become a problem (2).

These bacteria are known as tropical and humid pathogens because of the higher prevalence of infections during summer than other seasons, respectively. One problem is the emergence of strains of multidrug-resistant Acinetobacter baumannii with different classes of antibiotics, such as beta lactams, aminoglycosides, and fluoroquinolones (3).

The bacteria float in the environment in two ways, free and attached (biofilm), and are available at different levels. The dominant form was attached to microorganisms in nature and emerged as a reservoir for the bacteria that are floating (4, 5).

Biofilm formation occurs in a process, including reversible and irreversible sticking and formation of colonies (5). In addition to natural environments, such as dental biofilm and rumen, biofilms also form in agricultural and industrial systems and medical environments (6). Many factors, such as microbial biofilm formation speed and characteristics of the study, such as the structure, composition and culture conditions, have been explored (7). The aim of this study was to determine antibiotic resistance in Acinetobacter baumannii isolates from patients.

A cross sectional study was performed to evaluate 30 strains of Acinetobacter baumannii, isolated from urine cultures of hospitalized patients (Amir- Al- Momenin hospital, Zabol, south-eastem Iran) with urinary tract infections during a period of six months. After sampling, the swab was placed in 50-mL Falcon tubes containing 20 mL of sterile saline that was transported to the laboratory. After sampling, the swabs in the Falcon tube were vortexed several times, then the Falcon tube content was transferred to blood agar containing 5% sheep blood and Mac environments Cancan containing antifungals amphotericin B (2 µg/mL) and Griseofulvin (1 µg/mL). Falcon saline remained in the tubes for 20 minutes at 4000 rounds (rpm) and then centrifuged to BHI broth with antifungals and a part of the environment were taken and located, 24 hours at 30°C in a shaker incubator groups. After that period, the broth on solid media-rich blood agar and agar medium containing antifungal Mac Cancan was moved again and was incubated at 30°C. Slide preparation and also growing ability on the Mac Cancan were studied. Oxidase test, DNase, TSI, O-F containing 10% glucose, SIM, citrate was done for them.

2.2. Preparation of Standard Solution of Half McFarland

To prepare the solution, there should be 5.0 mL of barium chloride M 048/0 to 36/0 to 5/99 mL of M H2SO4 solution which is added and then the resulting solution is held in screw-cap tubes around them covered with foil with the size of 5 to 4 mL. The samples were divided and placed in a completely dark area.

Thirty strains of Acinetobacter baumannii were isolated with sensitivity to antibiotics Gentamicin (GM), Ampicillin (Am), Nalidixic acid (CN), Amikacin (AN), Cefixime (Pm), Cefepime (CP), Chloramphenicol (CL), Ceftazidime (CAZ), and Ceftriaxone (CRO). Antibodies were prepared using the Kirby-Bauer disk diffusion standard method and were evaluated. For this purpose, first of all, strains of bacteria, with concentrations of 5.0 McFarland in Mueller Hinton broth were prepared and cultured on Mueller Hinton agar. Disc antibiotics under sterile conditions on agar containing bacteria cultivation Hyntn molars were placed near the edge of the plate. Each plate, as a positive control, was placed in hard water. Plates were incubated for 24 hours at 37°C and the diameter of a deterrent was used to evaluate and determine the resistance, and susceptibility to antibiotics was measured. Each test was performed three times independently and data were analyzed using the SPSS statistical software. The results of the analysis of the data were compared with a standard table NCCL.

2.4. The Minimum Inhibitory Concentration of Antibiotics (Gentamicin and Kvlyntyn)

To determine the minimum inhibitory concentration of antibiotics, the micro broth dilution method was used. To this end, the antibiotics with various concentrations in nutrient broth medium were prepared as a culture medium without antibiotics as well as control of the microplate 96 is prepared and ultimately μl10 of bacterial suspension of opacity equivalent to half of McFarland the medium is added and the microplate are placed at 37°C for 24 hours. Next, last Rqty that changed color and opacity was seen as the minimum inhibitory concentration (MIC).

All the experiments and measurements were repeated at least three times. Descriptive statistical analyses were performed using the SPSS version 19 software.

In this study, the antimicrobial activity of antibiotics Am, CN, AN, Pm, CP, CFM, CAZ and CRO were studied. In this study, of all antibiotics used on Acinetobacter, Chloramphenicol was the most effective antimicrobial agent and only four positions (13.33%) and 26 sensitive (86.66%) host to these antibiotics were seen (Table 1 ) after Chloramphenicol, the most active antibiotic gentamicin was as sensitive as 7 samples (23.33%) and 23 officials (76.66%) was observed (Table 1).

Table 1. Percentage of Antimicrobial Susceptibility of 30 Strains of Acinetobacter baumannii

Chloramphenicol showed the highest inhibitory concentration of 256 micrograms per milliliter in two strains of bacteria observed; numbers 4 and 5 (Table 2).

Acinetobacter is an opportunistic pathogen and one of the major nosocomial infections in the past 30 years. The bacteria, especially strains resistant to multiple drugs and producing ESBL, are the causative agent of serious infectious. Treatment of such infections is difficult due to their great resistance to antimicrobial drugs (7).

The results of this study showed that four strains (13.33%) and 23 strains (76.66%) in the presence of antibiotics Kvlyntyn and Gentamycin showed the most inhibitory concentration; for the gentamicin 1024 micrograms per mL for Kvlyntyn 256 micrograms per mL.

Wang et al. in 2003 (9) and Smolyakov et al. in 2003 (10) showed that most strains were sensitive to amikacin, ampicillin Sylyn-sulbactam, ceftazidime, white Pim, gentamicin, imipenem, meropenem, piperacillin-tazobactam and polymyxin B.

In Joshi et al.'s study in 2003 (11) showed that multiple resistance to antibiotics is on the rise and resistance is up to 45% and 75%, respectively.

A large number of antibiotic resistant studies aimed at determining the sensitivity of antibiotic resistance of strains isolated from clinical samples, and in this study after the isolation of Asntv bacteria from clinical samples (urine catheter, sputum, and wound blood), antimicrobial susceptibility testing was done using a without Bayr of antibiotic, amikacin, ciprofloxacin, gentamicin, imipenem, ceftriaxone, trimethoprim, sulfamethoxazole piperacillin, and cefotaxime. The findings and conclusions of this study showed that after the isolation of 225 strains of Acinetobacter baumannii from clinical samples, the highest sensitivity was to piperacillin, gentamicin and ciprofloxacin and most strains of Acinetobacter baumannii were resistant to gentamicin which is probably due to indiscriminate use of these antibiotics (12).

Considering the high rates of drug resistance in isolates from hospitals, the study recalls that in the country, large differences in the rates of resistance to different antibiotics can be seen so that environmental factors and patterns of use of antimicrobial agents must be considered. The aim of this project was to determine the prevalence of infections caused by these bacteria and their resistance to different antibiotics in different wards of hospitals in Kerman, and to investigate the prevalence of these bacteria based on a hospital. Resistant strains in different parts of the hospital were identified and the necessary steps for appropriate treatment were taken.

The authors would like to acknowledge Fereshteh Javadian from the University of Zabol for providing the facilities for the research.

Copyright © 2018, International Journal of Infection. This is an open-access article distributed under the terms of the Creative Commons Attribution-NonCommercial 4.0 International License (http://creativecommons.org/licenses/by-nc/4.0/) which permits copy and redistribute the material just in noncommercial usages, provided the original work is properly cited
download pdf 97.14 KB Get Permission (article level) Import into EndNote Import into BibTex
Number of Comments: 0