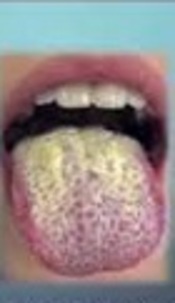 Nowadays, opportunistic fungi, mainly Candida albicans, are the most joint reason of life threatening albicans isolated from patients to putrefaction in immunodeficiency sacks. Increasing resistant strains of C. albicans are an original problem in human immunodeficiency virus infectious patients. In recent years, the maximum important reason of illness and mortality, especially in hospitalized patients, is common in systemic fungal infections, which is caused by pathogenic yeast. In addition, antifungal treatments with conventional drugs have not been completely effective.

The aim of this study was the evolution of susceptibility of strains of Candida albicans isolated from patients to Fluconazole as well as determination of antibiotic resistance genes.

The extracts of the Teucrium polium and Citrullus colocynthis were prepared using a rotary device. A total of 2 medicinal plant extracts, Teucrium polium and Citrullus colocynthis, were used to determine their minimum inhibitory concentrations (MICs) (Mg/mL) and minimum fungicidal concentrations (MFCs) against 7 clinical isolates of C. albicans. The disc diffusion susceptibility of C. albicans isolates were analyzed by standard methods. Then, reversing the fluconazole resistance gene by using polymerase chain reaction product was evaluated and electrophoresis. Data analysis was performed using software.

The existing study showed that the ethanoic juice of T. polium and C. colocynthis powder has pronounced repressive acting versus C. albicans of the get result it can be end that however ethanol in itself- has antifungal acting.

Although fungal infections are less popular than bacterial and viral putridity have been in the past, in recent decades they have been responsible for a dramatic increase in the incidence of disease. In a survey conducted between 1979 to 2000, in America, the incidence of fungal infection has increased 207% (1). In a survey conducted in America between 1997 and 1980 showed that the increased mortality is due to fungal infection and is one of the most common causes of death in the 7th upgraded (2). Predisposing factors, such as broad and long-term use of antibiotics, corticosteroids, immunosuppressive drugs and diseases field, such as diabetes, malignancies, and caused candidiasis than in the past, especially fungal diseases, are on the rise. In a study of Candida species, the 4th factor of morbidity and mortality due to circulatory infections emerged and 35% of bloodstream infections resulting in death have been included (3). The causal agent of opportunistic fungal genus Candida, which cannot coexist in the gastrointestinal tract, mucous membranes, skin, other animals, and even in humans are consistent. The host resistance factors for local or systemic conditions that are primary or secondary in effect reduces patient risk factors, which will be capable of causing disease in any area of the body. There are limitations such as the small number of antifungal drugs, their toxicity to the cells of the body, or decrease sensitivity to these drugs, a series of Candida species, has always been considered as the main complexities in the treatment of disease (4).

T. polium L. (Lamiaceae) has numerous pharmacological properties. These include calcium antagonistic, anorexic, intestinal motility and hypertension, anti - ulcer, anti - inflammatory, antipyretic and antibacterial actions, glycemic and hypo - lipidemic effects, treat liver disease, and diabetes. The extract is also used as an antiemetic, an antispasmodic, an anti-inflammatory, an antipyretic, an analgesic, and an anti-carminative (5). The antibacterial activity of T. polium extracts can be attributed to its contents in flavonoids. In general, the methanol extraction of T. polium plant material yielded to flavonoids (6).

Citrullus colocynthis from the Cucurbitaceae family is used to treat fever, liver, abdominal diseases, and heart problems (6). Root extract is used to treat jaundice - urogenital diseases and rheumatism (7). The seeds are diuretics (8). Its fruit is used in gastrointestinal tumors, causing cancer impairment. In addition, it is effective in leukemia and joint pain. Fluconazole is the most commonly used drug for the treatment of udder candidiasis. This medicine has been studied for the treatment of HIV (9).

Expansion of resistor to fluconazole in the ill has become an adult relevance and is generally dependent with the point of immunosuppression and the collected value of drug (10). Furthermore, Fluconazole has been applied efficiently to treat this infection in the ill and embrace head and neck glow, as the dominant organism has been C. albicans (11).

The aim of this study was the evolution of susceptibility of strains of Candida albicans isolated from patients to Fluconazole and determination of antibiotic resistance gene.

The plants of T.polium and C.colocynthis were collected from Sistan and Balouchestan province of Zabol city. The leaves of T.polium and C.colocynthis fruits were dried and grinded. A total of 10 g of dried powder of the plant were placed in 100 ml of ethanol, methanol, and ethyl acetate solvents for 24 hours. Finally, they were filtered using filtering paper, and concentrated using a rotary machine, dissolved in a DMSO solvent, and stored in a refrigerator at 4°C.

Samples were isolated from women suspected of Candidiasis vaginalis (Amir - al - Momenin Hospital, Zabol, Iran) during 2015 - 16. After receiving the specimen from the vagina with sterilized swabs, the specimens in the Falcon containing 1 cc of the physiology serum were transferred to the laboratory. In the laboratory, vaginal swab specimens were placed in a Sabouraud Dextrose Agar medium and then placed in a 37 - degree incubator for 24 hours.

In this part, in order to prevent the growth of saprophyte fungi, cicloheximide, and to prevent the growth of bacteria, chloramphenicol was added to the Sabouraud Dextrose Agar medium. The samples were taken from a white yeast colony obtained from the Sabouraud Dextrose Agar medium, stained with lactophenele cathene blue, and drained on a Lame. After confirming the colony under a microscope, it was cultured in a chromogen agar culture medium and through the formation of color, Candida albicans species were identified.

In order to investigate the antifungal effects of plant extracts, the minimum inhibitory concentration of growth (MIC) and minimum fungicidal concentration (MFC) by microdilution method in 96 parts microplates were done as follows: first, 100 μL sterile from sabouraud dextrose broth medium (Merck, Germany) was poured into a row of microplate wells. Then, 100 μL of the highest concentration of solution of the extract was added to the first well and mixed well. From the 1st well, 100 μL of the solution was taken and added to the next wells containing only 100 μL of the culture medium. This process proceeded from the 2nd to the 3rd well, and so on to the 10th well, to produce all the desired concentrations. In addition, 100 μL of the 10th well was discarded to make the volume of all wells identical. The 11th well was placed as a positive control containing 100 μL of sterile SDB medium and 100 μL sterile liquid medium was poured into a 12th well as a negative control. Further, 10 μL of fungal suspension was added to all wells. Then incubation was performed. A well without turbidity means that the fungus has not grown. The last dilution in which no turbidity was detected was taken as a 10 μL MIC and transferred to a Petri dish containing SDA medium. The concentration in which fungus did not grow on the culture medium was considered as MFC (12).

Statistical analysis was performed using SPSS version 15, the mean differences analysis was done, and tables were drawn with Excel 2010 software. Results were evaluated at a significant level of P < 0.001. In recent decades opportunistic infections caused by fungi such as Candida yeast have increased dramatically and therefore, caused the attention of researchers to search in relation to new antifungal drugs, especially paid medicinal plants.

In the study of Zerroug et al., who investigated the antimicrobial activity of T. polium extract against E.coli, B. subtilis, P. diminutus, Paracoccus paratrophus, and Micrococcus luteus, the results showed that the inhibition zone against B. subtilis, M. luteus and P. paratrophus bacteria was 3.7, 2 and 2 mm, respectively (13).

In an investigation carried out by Esmaeili et al., the results of the antimicrobial effects of T. polium showed considerable inhibitory effects of this plant on most gram-positive and gram - negative bacteria, which was more effective than antibiotic, as the mean of inhibition zone diameter of Staphylococcus epidermidis, E. coli, and Salmonella were 32, 30, 35 mm, respectively. However, in our study, E. coli samples were resistant to all 3 (aqueous, ethanoic, ethyl acetate) extracts (15). In another research, Darabpour et al., studied the antimicrobial effect of ethanoic and methanol extracts of leaves of the plant on pathogenic bacteria (B. anthracis, B. cereous, S. aureus, S. epidermis, Yersinia enterocolitica, E. coli, Salmonella typhimurium, Bordetella bronchiseptica, Proteus mirabilis, and Antinomyces pyogenes). The results obtained from the ethanoic extract indicated that Staphylococcus epidermis is the most sensitive bacteria and Salmonella typhimurium, Staphylococcus aureus and E. coli bacteria are the most resistant species to this juice. In our study, staphylococcus and E. coli also showed resistance to all 3 types of (aqueous, ethanoic and ethyl acetate) juice (16).

In a study by Rodge et al., which investigated the antimicrobial activity of C. colocynthis against E. coli, S. aureus, Shigella, C.albicans bacteria, the results showed that estrogens, methanol, ethanol, and water extracts are inhibitors of bacteria (18).

Our studies demonstrated that of all experiment strains, 65.3% were resistant to nystatin and 73.3% to fluconazole. In the study of Saranya, antifungal capacity experimental was done for 26 Candida albicans isolates by the Disc Diffusion Method. The organisms showed complete resistor to Itraconazole 26 separate (100%), Clotrimazole 26 (100%), Nystatin 24 (92.31%), Fluconazole 21 (80.77%), and Keto conazole 17 (65.38%). The organisms demonstrate highly susceptible alone to Amphotericin B 23 (88.46%) (20). The study of Maroszynska, demonstrated that of all experiment races, 7% were resisting to nystatin, 32% to fluconazole, 23% to voriconazole, and no race amplify in the attendance of caspofungin (21).

In the study of Henry et al., Azole - dependent upregulation was not limited to ERG11: 5 of 5 ERG genes experimental whose yield action upstream and downstream of lanosterol demethylase in the sterol biosynthetic transmission were as well as upregulated (22).

In the study of Xu et al., the prevalence of ERG11 gene in 23 samples (8 susceptible and 15 resistant) of Candida albicans was investigated.

A total of 19 missense mutations were discovered. of them, 2 mutations, G487T (A114S) and T916C (Y257H), coexisted solely in 14 fluconazole - resistant separate. To know the resisting device in the separate with G487T and T916C mutations, we contrast the explanation of 5 resisting - relevant genes in the 14 azole - resisting separate with those in the sensitive kind race ATCC 10231, Saccharomyces cerevisiae AD/CDR1, and AD/CDR2 (24). The results of this study indicated that extracts of T. polium and C. colocynthis, especially C. colocynthis extract, collected from Sistan region, showed good antimicrobial activity against Candida albicans.

We would like to thank all individuals who collaborated and helped us to complete this project.

Copyright © 2018, International Journal of Infection. This is an open-access article distributed under the terms of the Creative Commons Attribution-NonCommercial 4.0 International License (http://creativecommons.org/licenses/by-nc/4.0/) which permits copy and redistribute the material just in noncommercial usages, provided the original work is properly cited
download pdf 640.97 KB Get Permission (article level) Import into EndNote Import into BibTex
Number of Comments: 0