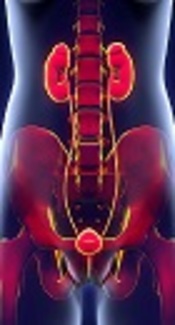 In this descriptive study, 270 children with urinary tract infection were studied. The sampling method was convenient. Information was gathered from patients and their files. Data was analyzed by the SPSS version 18 software, using Chi Square and T-test.

The most prevalent disease of the urinary system is Urinary Tract Infection (UTI), specially in children, with a prevalence of 9% in more than 38 C febrile infants below 60 days old (1, 2). Urinary Tract Infection is diagnosed when 105 colonies are cultured in urine sampling with the clean catch method, more than 104 in catheter sampling, and any colony count from suprapubic urine sampling (2-5). Escherichia coli is the most common infecting organism in uncomplicated UTI. It causes about 85% of community-acquired infections and approximately 50% of nosocomial infections. Other gram-negative microorganisms causing UTI include Proteus, Klebsiella, Citrobacter, Enterobacter, and Pseudomonas spp. Gram-positive pathogens, such as Enterococcus faecalis, Staphylococcuss aprophyticus, and group B streptococci, can also infect the urinary tract. Anaerobic microorganisms are frequently encountered in suppurative infections of the genitourinary tract (6-10). Different types of UTIs are cystitis, pyelonephritis, and renal abscess in the kidney or its surrounding. Urinary tract system and urine itself should be sterile, naturally. At least one episode of UTI is experienced in children by the age of 11 years old and this happens in 8% and 10% of females and males, respectively, and during life time is 30% in females and about 1% in males. About 75% of infants below three months old with bacteriuria are male; this value reaches 10% between three to eight months, and after 12 months of age it is seen in girls only (11). Urinary Tract Infection in children does not have clear signs and symptoms compared to adults and it changes with growing up due to the unusual symptoms presentation like losing weight, Failure to Thrive (FTT), anorexia, icterus or fever of unknown origin (12, 13), yet in infants it is usually presented with FTT, nutritional disorders, diarrhea, fever of unknown origin and increased bilirubin gastrointestinal symptoms like colic, irritability, and agitation (7-12). Children of two to six years of age may have gastrointestinal symptoms as well; however, classic signs and symptoms of UTI, including urgency, dysuria, frequency, and lower abdominal pain, also appear.

Urinary Tract Infection accrues in males more than females in the first month of life (13-15) and is more common in females from the second month to adulthood. Furthermore, UTI relapse is two or more episodes of infection in a six-month period (16). Recurrence occurs with two types of relapse and reinfection. Infection repetition with the previous infection pathogen is called relapse. However, reinfection is considered when infection reoccurs with another pathogen different from the previous infection episode. Relapse usually occurs two weeks after the end of treatment and reinfection occurs months after the first episode of infection (17). Children below six years of age have are at greater risk of reinfection (6% to 18%). The risk of reinfection within a year in a patient with one episode of infection is nearly 25% and it reaches 50% in those with two previous episodes of infection and 80% in children with three previous episodes. Diagnosis is based on history taking and physical examination. Early complications of UTI are septicemia or bacteremia and delayed, such as hypertension, chronic renal failure, and reflux nephropathy. Therefore, prompt diagnosis and treatment is of great importance. Scar is the most common kidney parenchymal disease due to pyelonephritis and is one of the most important causes of hypertension in children and young adults (16, 18-21). Prevention from repetitive infection and its complication is the most important goal of treatment, yet achieving this target needs a close consideration of different factors, such as age, gender, and underlying diseases. Behavioral disorders, such as delaying urination or defecation, should be assessed in children with UTI to prevent further episodes of infection. On the other hand, urinary tract anomalies, such as vesicoureteral reflux (VUR) are considered as an important predisposing factor for UTI, which increase the risk of infection up to 37% (19, 22, 23). The importance of performing such study is apparent considering the high prevalence and important complications of UTI. Therefore, the present study aimed at assessing UTI prevalence and its underlying factors in children aged two months to 15 years admitted to pediatric clinics of Zahedan City, Iran.

This study was a retrospective analytic cross-sectional study with the aim of assessing UTI prevalence and its underlying factors in children. The patients were selected for the study from 2016 for one and a half years. They were followed for at least 6 months for responding to treatment. Medical records of all patients aged two months to 15 years were assessed and from them, those with two or more episodes of UTI in the last six-month were selected. The sampling was hospital-based. The sampling was performed amongst those, who referred to pediatric clinics of Zahedan City, Iran.

Exclusion criteria were one episode of infection and lack of attendance to follow-up to assess reinfection. Using sample size formula for cross sectional study “N = (Zα / E ) 2 P(1-P)” with considering Zα = 1.96, α = 0.05, E = Marginal error = 0.25, and the interest proportion of P = 0.69, 270 samples were required for the study. Convenient sampling was used until the sample size was achieved. Several variables were recorded in designed forms, including age, gender, recurrent UTI, urinary tract anomaly, cultured bacteria, and elimination syndromes. After obtaining an approval from the ethics committee, patients’ documents were assessed and required information was recorded in special forms. In case of any reported anomaly, it was verified using ultrasonography. All data were recorded in special forms regarding the above-mentioned variables and bacteria grown on culture. Data was analyzed using SPSS 18 (SPSS Inc., IMB Corporation, Chicago, Illinois, USA) with application of Chi-square and Fisher’s exact tests. The significance level was considered at P ≤ 0.05.

Jantunen et al. (24) showed that UTI occurred in most neonates due to reversion. In another study by Snodgrass et al. (20), the prevalence and risk factors of renal scar were assessed in patients with febrile UTI compared to healthy children; from the study it was found that 4% had congenital renal dysplasia and 15.5% had focal defect.

The factors associated with more risks of scar formation were reflux, especially grades 4 and 5, recurrent UTI with fever and older age. Urine analysis and culture easily detects UTI and unwanted complication can be avoided by prompt diagnosis and appropriate management. Recurrent UTI should be treated more aggressively than a simple episode of infection (21, 25-27).

Vachvanichsanong et al. (15) conducted a follow up study for one year to evaluate the prevalence and to determine the risk factors of recurrent UTI in children. In their study, which included all UTI children aged less than 15 years old, over a ten-year period at hospitals, they found that recurrent UTI in normal children was low; while in children with a genitourinary (GU) anomaly or other underlying disease indicating an immune compromised host, the recurrence rates were significantly higher. The major significant risk factor of recurrent UTI was genitourinary anomaly (GA) and children with GA or VUR had recurrence rates of 43% or 37%, respectively. The results of Vachvanichsanong et al.’s study were in the same line as the current results in relation to the risk factors of recurrent UTI. Although different results concerning recurrence have been found in different studies, such differences can largely be explained by different methodologies, ages of children, and durations of follow-up. Panaretto et al. (28) reported a recurrence rate of 10% for UTI in normal preschool children and 30% in children with VUR. In accordance with the present study results, Panaretto et al. (28) reported that urinary tract abnormality, such as VUR, were more common in patients with recurrent UTI.

Mingin et al. (29) reported that 32.1% of children with febrile UTI developed its recurrence. Pennesi et al. (30) found that only 4.4% of children with UTI aged less than three years had recurrent UTI after their first UTI. The results of Mingin et al. (29) and Pennesi et al. (30) were comparable with the current study in age group of < 3 years and febrile status was the main cause of recurrent UTI. Therefore, the results of the present study varied because of the goals and methodology.

More recent studies concluded the prediction model of recurrent UTI and allowed for early recognition of patients at risk for long-term morbidity.

Sutton et al. (36) investigated recent literatures on first febrile UTI addressed to a broad range of areas regarding the care of hospitalized patients. Overall, studies supported deep attention to the potential risks, expenses, and invasiveness of various approaches for evaluation. Proposed updates to practice included utilization of urinalysis for screening and diagnosis, transitioning to oral antimicrobials based on clinical improvement, and limiting the routine use of voiding cystourethrogram and antimicrobial prophylaxis. Swerkersson et al. (37) observed similarity between groups of patients regarding gender or age and progression, regression, and unchanged status. In progression, amongst children with vesicoureteral reflux (VUR) grade III to V, 65% had recurrent UTI. Both VUR grade III to V and recurrent UTI were associated with progression. In the regression group, high percentage had no VUR or grade I to II, and 10% had recurrent UTI. They concluded that young children with febrile UTI do not develop renal damage and if they do, the majority remain unchanged or regress over time. However, up to one-fifth of children with renal damage diagnosed after UTI are at risk of renal deterioration. These children are characterized by the presence of VUR grades III to V and recurrent febrile UTI and may benefit from follow-up.

From the study, it was concluded that recurrence was a serious problem in UTI. Furthermore, it was demonstrated that age, gender, dysfunctional elimination syndromes, and urine culture were similar in patients with and without recurrent urinary infection; however, VCUG and ultrasonography abnormal results were more prevalent in patients with recurrent UTI. It is suggested to perform further investigations to assess urinary infection recurrence and administer antibiotics in patients at risk of recurrent episodes of UTI. The long-term health of UTI children needs to be monitored in both normal children and children, who have a GU anomaly, even when antibiotic prophylaxis has been prescribed for indicated cases.

The authors would like to gratefully acknowledge the medical students for providing information from the patients’ medical records.