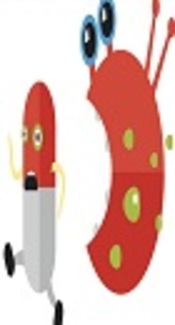 Study of Drug Resistance of Pseudomonas aeruginosa in Yazd, Iran, During 2015 - 2016

Pseudomonades are gram-negative, aerobic bacillus bacteria that are mobile and can be found in small numbers in the normal flora of intestine and on the skin of humans. These bacteria can enter the sites with the impaired normal defense to cause diseases. P. aeruginosa in immunocompromised patients, cutaneous membranes injuries, intravenous or urinary catheters, and neutropenia or cystic fibrosis can lead to infections. Pseudomonas is resistant to many antibacterial drugs and their resistance has increased in the last years.

The aim of this study was to examine the drug resistance of Pseudomonas aeruginosa in Yazd, Iran, during 2015 - 2016.

This study was done on 191 positive cultures for P. aeruginosa from May 2015 until May 2016 in Shahid Sadoughi and central laboratories. The questionnaires were filled out through checklists and data were analyzed in SPSS16 using Chi-Square test. In this study, the sensitivity was evaluated according to the type of antibiotics, location of sampling, and the type of the specimens.

The bacteria had most sensitivity to imipenem (55%) and then to amikacin (45%). In addition, the highest resistance was to ceftriaxone (100%). The bacterial resistance to other types of antibiotics was as follows: Meropenem (100%), ciprofloxacin (100%), ceftazidime (95%), and cefotaxime (10%). There were no significant differences between antibiotic sensitivities according to the type of specimens while there was a significant difference between antibiotic sensitivities based on the location of the clinic.

According to the results of this study and resistance changes through the years, it is suggested that drug resistance of these bacteria is investigated periodically.

The ascent in antimicrobial utilizes and a rule for non-concordant treatments has brought about a sensational increment in the advancement of numerous safe pathogen strains. Along these lines, there is an expansion in treatment disappointment rates, mortality, and cost of administration (1).

Numerous bacterial pathogens have turned out to be impervious to anti-infective regimens and turn into a genuine general wellbeing worry with financial and social ramifications all through the world. Antimicrobials protection is a growing problem in developing countries (2, 3).

Pseudomonas aeruginosa (P. aeruginosa) is a universal living being available in numerous assorted ecological settings and is a conspicuous reason for nosocomial diseases all around the world (4-6).

The capacity of this bacterium to get by on negligible wholesome prerequisites and to continue against an assortment of physical conditions has enabled it to drive forward in both group and healing facility settings (7). Hospital repositories of P. aeruginosa incorporate respiratory hardware, cleanser, disinfectant, wipe, sink, counterfeit fingernails, hot tubes, physiotherapy and hydrotherapy pools, gastrointestinal tract of patients on anticancer treatment, mucosa and skin of patients treated with expansive range anti-toxins, bring down respiratory tract of mechanically ventilated patients, and lastly the hands of healing center faculty, causing the steady perseverance of P. aeruginosa contamination in the hospitals.

In hospitals, P. aeruginosa can be confined from an assortment of sources, including respiratory tract, urinary tract, consumed and twisted delicate tissue and shallow and profound contaminations and furthermore the instances of sustenance harming, orthopedic task and injuries (8-15). Pseudomonas infection frequently has a deferred introduction and may turn into an endless contamination following crack repair (16).

P. aeruginosa has the ability to convey plasmids containing qualities that direct antimicrobial protection and this component has prompted the presence of a few strains that are resistant to antibiotics (16).

The aim of this study was to investigate the drug resistance patterns of P. aeruginosa in Yazd, Iran.

From May 2015 to May 2016, a total of 191 positive culture samples for P. aeruginosa collected from shahid sadoughi and central laboratories were investigated regarding their drug resistance pattern.

In this cross-sectional study, the samples were collected as census from all positive cultures of Pseudomonas aeruginosa by a checklist that was previously provided by the researcher and confirmed by qualified professors.

The samples were obtained in a sequential census of all positive cultures in terms of Pseudomonas aeruginosa in two laboratories at the designated time.

Data collection was carried out based on a questionnaire that was previously designed in terms of the type of antibiotic, according to the objectives, and approved by the supervisor.

The information contained in this questionnaire was divided into four parts including 1) Sampling site, including Yazd Shahid Sadoughi hospital and central laboratory, 2) Sample source, including blood, urine, etc., 3) Antibiotic type tested in Antibiogram. In this study, the disc diffusion sensitivity test was used to evaluate the sensitivity and resistance of Pseudomonas aeruginosa against antibiotics. In the disc diffusion method, a certain amount of bacteria is set according to the existing standards in terms of the degree of dilution that has already been identified. Special culture media are added to the same plates in terms of diameter, depth, etc., and discs. The standardized antibiotic filter paper is placed on the plate surface. After the time, it takes to grow the microbes; if the antibiotic is able to prevent the growth of the microorganism, it does not grow around the bacterial disk and the bacteria is sensitive to the antibody. If the biotype is more sensitive, there will be no larger growth halo. It measures the aura and compares them to the special table, and ultimately comments on antibiotic susceptibility or resistance to the antibiotic. 4) Patients including inpatients and outpatients.

Detection and differentiation of sensitive, semi-sensitive, and resistant conditions from each other are performed based on the diameter of the around of the colony as millimeters and according to the relevant table in each laboratory. The data were collected, recorded in SPSS 16 software, and analyzed using Chi-Square test.

In addition, the highest resistance was belonged to ceftriaxone (72.9%) and then cefotaxime (66.3%).

The frequency distribution of Pseudomonas aeruginosa resistance pattern, based on the type of antibiotic, is given in Table 1.

Table 1. The Frequency Distribution of Pseudomonas aeruginosa Resistance Pattern, Based on the Type of Antibiotica

Antibiotic resistance pattern based on the type of sample is given in Table 2.

Table 2. Antibiotic Resistance Pattern Based on the Type of Samplea

According to significant criteria, including P value < 0.05, there was a significant relationship between antibiotics of imipenem, amikacin, meropenem, ciprofloxacin, ceftazidime, and cefotaxime and laboratory place (Table 3).

According to significant criteria, including P value < 0.05, there was a significant relationship between Imipenem and Meropenem antibiotics and the type of admission (Table 4).

Table 4. Resistance Pattern Based on the Type of Admissiona

The results of the present study showed that the bacteria had most sensitivity to imipenem (55%) and then amikacin (45%). In addition, the most resistance was to ceftriaxone (100%). The bacterial resistance to other types of antibiotics was as follows: Meropenem (100%), ciprofloxacin (100 %), ceftazidime (95%), and cefotaxime (10%).

A study conducted to determine the antibiotic susceptibility patterns among 600 isolates of Pseudomonas aeruginosa obtained from patients at two hospitals in Tehran, Iran. The most rates of resistance were related to tetracycline (92%), carbenicillin (62%), and cefotaxime (56%), in sequence. The imipenem-resistant isolates showed a high rate of susceptibility to colistin (89%) and polymixin B (95.5%) (17). Therefore, resistance to antibiotics such as ceftazidime and ciprofloxacin was less than the resistance rates found in the present study.

Another study investigated the susceptibility of Pseudomonas aeruginosa (isolated from the sputum of patients with respiratory infections) to beta-lactam antibiotics. The resistance of strains to antibiotics was as follows: 19 strains (8.8%) to meropenem, 34 (15.7%) to imipenem and ceftazidime, 50 (23.1%) to cefsulodin, 72 (33.3%) to panipenem, 76 (35.2%) to piperacillin, and 90 (41.7%) to cefpirome (18). The resistance rates were lower in comparison with the rates in the present study.

A study identified the susceptibility patterns of Pseudomonas aeruginosa isolated from airway samples in Sivas, Central Anatolia, showing that the highest resistances were related to ampicillin/sulbactam with 98.8%, ticarcillin 40.1%, aztreonam 66.6%, cefotaxime 75.4%, ceftriaxone 84.2%, cefoperazone 39.0%, ceftazidime 50.8%, gentamicin 57.5%, tobramycin 58.4%, amikacin 25.4%, ciprofloxacin 16.1%, and imipenem/cilastatin 21.6% (19). The sensitivity to amikacin was highly similar to that in the present study.

Anil et al. studied the antimicrobial resistance of P. aeruginosa in clinical isolates from hospitalized patients. The isolated pathogens showed resistance to cefoperazone-sulbactam (34.48%), ciprofloxacin (27.59%), and amikacin (17.25%). The rates of resistance to Co-trimoxazole, piperacillin, ceftriaxone, and chloramphenicol varied from 51.00% to 73.00% (20). This study also showed a high sensitivity to amikacin, which is similar to the present study.

The bacteria had most sensitivity to imipenem (55 %) and then amikacin (45 %). In addition, the highest resistance was to ceftriaxone (100 %). It is suggested that drug resistance of these bacteria is investigated periodically.

The authors would like to thank the infectious diseases research center of Yazd Shahid Sadoughi University of Medical Sciences for their kind assistance in performing this study.

Copyright © 2018, International Journal of Infection. This is an open-access article distributed under the terms of the Creative Commons Attribution-NonCommercial 4.0 International License (http://creativecommons.org/licenses/by-nc/4.0/) which permits copy and redistribute the material just in noncommercial usages, provided the original work is properly cited
download pdf 97.50 KB Abstract XML Get Permission (article level) Import into EndNote Import into BibTex
Number of Comments: 0