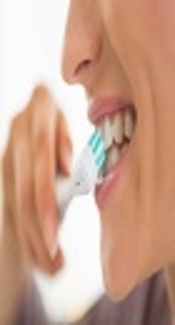 The Effect of Cigarette and Hookah Smoke on Oral Bacterial Growth, Streptococcus mutans and Streptococcus sanguis: An In vitro Study

Streptococcus mutans and Streptococcus sanguis are two important bacteria of the oral microflora. S. mutans is the most important cause of dental caries and S. sanguis plays an important role in formation of microbial plaque.

The present study aimed to determine the effect of cigarettes and hookah on thebacterial growth of S. mutans and S. sanguis.

The standard strains of S. mutans (PTCC = 1683) and S. sanguis (PTCC = 1449) were cultured on blood agar and incubated for 48 hours in different environments, including atmospheric air, carbon dioxide, three types of cigarette smoke (Winston, ultralight Winston, and Kent), and fruity tobacco. Then, the diameter of colonies was measured and data was compared using statistical tests, such as one-way ANOVA.

These findings showed that the growth of S. sanguis was significantly greater than S. mutans in all groups, except in the Winston group.

The prevalence of smoking and tobacco use is increasing in the world (1, 2). In Iran, about 12.5% of the adult population are daily cigarette smokers with a mean age onset of 20.5 years, while the prevalence of hookah smoking is 2.7% with an average of 3.5 times a day (3).

Tobacco smoking, the most of which is through cigarettes, increases the risk of all-cause mortality, and is responsible for 90% of causes of cancer, cardiovascular diseases, ischemic heart disease, chronic obstructive pulmonary disease, and stroke (4, 5). In addition it is the first cause of preventable death with more than 4000 compounds and 40 carcinogens, mainly nicotine and carbon monoxide (6). Despite the known hazards of smoke and various harm-reduction strategies and policies to reduce the rate of smokers (7), the prevalence of smoking is increasing around the world, estimated at 1.5 billion in 2015 (8), which is postulated to be due to underestimating the personal harm of smoke (9). Despite some advertisement on less harmful effects of hookah, it is proven that it is not only similar to cigarettes regarding nicotine exposure, it has greater CO, and smoke exposure (10).

In addition to the increased risk of bacterial and viral infections, such as pneumonia and peptic ulcer, it also increases the risk of periodontal diseases (11) and subgingival calculus deposition (12); second-hand smoke is also suggested to increase the risk of dental caries in children (13), which is hypothesized to be due to the immunological response and deteriorating effects on microbial flora (14).

Studying the oral microbial flora introduced streptococci as the main group of early colonizers in the oral biofilm with a fundamental role in the development of oral diseases (15). Studying the subgingival microbiology assessment has identified Streptococcus (S.) mutans as the main cause of dental decay; S. sanguis also plays a role in the oral plaque (16). The risk of respiratory infections also increases in smokers, possibly due to provision of an environment for bacterial colonization (17), especially in sterile sites, such as trachea and altered epithelial secretion and inflammation (18).

Considering the increased risk of periodontal diseases, and the major role of S. mutans and sanguis in oral diseases, studies have investigated the effect of smoking on the growth of these two bacteria (19).

Considering the increasing rate of cigarette and hookah abuse in Iran and the small number of studies on the bacterial agents responsible for tooth decay, the present study aimed to determine the effect of cigarette and hookah on the bacterial growth of S. mutans and S. sanguis in order to provide additional clinical proofs for cutting cigarettes and hookah in case of increased periodontal diseases by overgrowth of S. mutans and sanguis.

This present experimental laboratory study (in-vitro) is done in the immunology of infectious diseases research center, Rafsanjan University of Medical sciences, Rafsanjan, Iran from January to May 2018. S. mutans (PTCC = 1683) and S. sanguis (PTCC = 1449) that were prepared from the industrial and infectious bacteria and fungus of Iran were used (PTCC). Initially, these microorganisms were kept at 37°C for 24 hours in liquid medium of Tryptic Soy Broth (Merck KGaA, Darmstadt, Germany) for growth. Then, they were linear cultured on solid blood agar (Merck KGaA) and kept at 37°C for 72 hours, so colonies be identified and separated; next, a single colony of this miro-organism was taken and transferred to sterile physiologic serum (prepared at laboratory).

Bacteria were prepared at 0.5 U McFarland and the swab was dipped with the bacteria and cultured on disposable plates (Padtan Teb, Tehran, Iran) containing blood agar medium by spread plate method so that bacterial colonies grow separately on the medium; then, cultured plates were kept still for 2 - 5 minutes to demoisturize and let the bacteria stay on the surface. Plates were coded and transferred to the respective containers. A minimum of 50 colonies per strain was estimated as sample size using Cohen’s table. For each strain of bacteria, 30 blood agar plates (60-well plates for both strains) were used. Six containers included three types of cigarettes, including conventional Winston® (Winston-Salem, North Carolina, US) containing 9 mg and 12 mg tar, ultra-light Winston® (Winston-Salem, North Carolina, US) containing 4 mg and 4 mg tar, and Kent® (Kent, Istanbul, Turkey) containing 0.7 mg and 8 mg tar, fruity hookah (Thunder Company, Shiraz, Iran), normal air, and carbon dioxide (CO2). A total number of 25 mediums, 5 in each group, were selected. For preparation of cigarettes’ smoke, a compartment with doors and two inner and outer taps were connected to the inlet valve via a converter; the outer tap was evacuated through connector converter to a vacuum pump and the smoke of half of the cigarette’s length was entered to the container, devoid of normal air. Hookah smoke was prepared in the same way from fruity hookah for 1 minute; conventional air was selected as negative control and CO2 as positive control. Then, the containers were kept at 37°C for 48 hours and the diameter of the grown bacteria was measured under loop microscope by caulis (Asim Instruments, Sialkot, Pakistan) with an accuracy of 0.01 mm and recorded and compared between the groups as the main outcome of the study. In the end, the data collected in the groups studied were compared statistically.

The collected data was analyzed using SPSS software version 21. Values for diameter of the grown colonies (mm) were reported by minimum, maximum, and mean ± standard deviation (SD). Kolmogorov-Smirnov test was used to assess the normal distribution of data, which showed normal distribution of colony size distribution (mm) in different mediums and Levene’s test was used to measure the variance difference, which showed homogeneous variance in the size of the colonies (mm) in different mediums (P > 0.05). Thus, bacterial growth was compared among the groups by One-way ANOVA; in case of significant difference, Tukey’s multiple comparison test was used to determine the effect of different mediums. The mean diameter of the grown colonies (mm) were compared between two types of bacteria using independent two-sample t-test. The significance level of all statistical tests were considered at 0.05.

In this study, the growth rate of S. mutans and S. sanguis increased in all mediums, compared to air, which, in turn, increased the size of colonies (mm) at different values in the mediums. Bacterial growth was 80%, 100%, 61%, 48%, and 59% in carbon dioxide, Winston, Kent, Ultralight Winston, fruit tobacco, respectively, for S. mutans (P < 0.001 (and 134%, 38 %, 169%, 105%, 61%, respectively, for S. sanguis, which were higher than ordinary air (P < 0.001). Mean, SD, minimum, and maximum values of mean colony diameter is compared among the 5 groups in Table 1. As demonstrated, there was a significant difference between the colony diameters of both bacteria among the groups.

Table 1. Comparison of Mean Diameter of the Grown Colonies (mm) in Different Mediums

Comparison of the mean diameter of the grown colonies (mm) in different mediums between the two types of bacteria in Table 2 showed significantly more bacterial growth of S. mutans in all mediums (P < 0.001), except in Winston cigarettes (P > 0.108).

Table 2. Comparison of Mean Diameter of the Grown Colonies (mm) in Different Mediums Between the Two Types of Bacteria (N = 5)a

The present study compared the bacterial growth of S. mutans and S. sanguis in 5 groups, including the smoke of Kent, Winston, ultralight Winston, fruity hookah, CO2, and air, each on 5 cultural plates and the results indicated significantly greater bacterial growth of both bacteria in all mediums than air. In addition, the growth of S. sanguis was significantly greater than S. mutans in all mediums, except Winston. Despite the fact that nicotine concentration of Kent is less than the two others, the growth diameter of both microbes was greater in Kent, which indicates the role of some other factors rather than nicotine.

Regarding the effect of hookah on bacterial overgrowth of S. mutans and S. sanguis, as far as the authors are concerned, no in-vitro study has addressed this issue and this study is the first study in this regard, although studies have studied the association of hookah smoking on oral and periodontal diseases (24-26). Although hookah is smoked in some countries, its use is very prevalent among Iranians, especially youths (27). Thus, while the nicotine content and plasma levels are not different between cigarette and hookah (10), the concept of the general population is that hookah has less harms, and it is therefore used frequently in Iran, especially in women (28), which according to the results of the present study can have deteriorating effects on the oral health of women and their children, who are in close contact with their mother. Therefore it is necessary to emphasize the effect of hookah smoking on bacterial overgrowth of the oral cavity in future studies and include educational programs for Iranians to reduce its use.

The present study had a major strength that was the method of smoke collection, which was similar to the way a human smokes a cigarette or hookah. In addition, these smokes were compared with pure CO2 to study the effect of CO2, as well. Yet, the present study had some limitations, including the fact that the bacterial growth was measured by the colonies’ diameter, while cell count could give more detailed results. In addition, the pure concentration of nicotine, carbon monoxide, and other metabolites could not be measured, as they might alter, although we chose 5 plates for synchronizing any difference among the collected smokes in each group.

The present study forms an enhanced internal validity of results due to the exclusion of extraneous variables. However, oral cavity, especially the microbial biofilm, harbors various microbial species and hence numerous bacterial interactions exist, any of which may be affected by cigarette smoke, which limits the external validity of the results of present study. We believe that future studies are needed to address the issue in vivo to shed more light on the subject.

In conclusion, the results of the present study showed overgrowth of S. mutans and S. sanguis by carbon dioxide, Winston, Kent, Ultralight Winston, and fruit tobacco, compared to ordinary air, while the growth of S. sanguis was statistically greater than S. mutans in all groups, except in the Winston group. According to the results of the present study, in line with the literature, it is suggested that health policy makers implement measures to decrease the rate of smoking cigarettes and hookah, due to their significant increase in the bacterial overgrowth of the oral cavity and their role in periodontal diseases.

We thank the research deputy of Rafsanjan University of Medical Sciences, Rasfsanjan, Iran.

Copyright © 2018, International Journal of Infection. This is an open-access article distributed under the terms of the Creative Commons Attribution-NonCommercial 4.0 International License (http://creativecommons.org/licenses/by-nc/4.0/) which permits copy and redistribute the material just in noncommercial usages, provided the original work is properly cited
download pdf 128.94 KB Abstract XML Get Permission (article level) Import into EndNote Import into BibTex
Number of Comments: 0