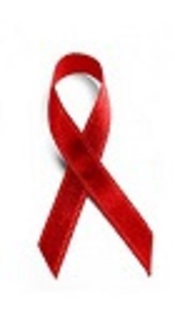 Vitamin Deficiency and HIV Infection, A Retrospective Study Looking at Possible Causal Factors in the Hispanic Population with HIV

The cause of vitamin D deficiency in the Hispanic population with HIV has not been studied in great detail. This deficiency may be related to the underlying chronic disease or to the lack of sun exposure and other notable factors. The current standards that have been applied to non-HIV patients may in fact not be applicable to the HIV population.

This study attempted to evaluate the possible relationship between HIV and vitamin D deficiency in a Hispanic patient population residing in El Paso, Texas.

94 HIV-infected patients were surveyed over a period of 12 months. Data was collected from their records regarding CD4 count, HIV viral load, use of anti-retroviral drugs, vitamin D levels, and status of prescription for vitamin D.

We found no correlation between the highly active antiretroviral therapy (HAART) and vitamin D deficiency. We also did not find evidence that antiretroviral (ARV) therapy was correlated to lower vitamin D levels in these patients.

Further studies are needed to examine the relationship between vitamin D deficiency and HAART.

Possible causes for vitamin D deficiency may be a consequence of HAART treatment, especially with the non-nucleoside reverse transcriptase inhibitor (NNRTI) efavirenz (4, 5). While most of these studies have been conducted on North American and European HIV-patient populations, there is a lack of data concerning non-white patient populations.

For this study, the records of 94 HIV-infected patients were reviewed over a period of 12 months from the indigent community clinic in El Paso, Texas. These patients were included because all had the proper data to conduct the analyses needed for this study. No random assignment was used because randomization would have significantly minimized the sample size.

The sample included 80 men, 1 transgendered female, and 12 women. The mean age of our patient group was 46 years. Data was also collected on patient’s viral load, CD4 count, whether or not they were on Anti-retroviral drugs, vitamin D levels, and whether or not patients had been prescribed vitamin D supplementation. Ethnicity was reported as 95% Hispanic. Of the 94 patients, 36 had reported receiving a prescription for vitamin D. However it was not noted the full course of their treatment and how compliant they had been with their medication. We noted the number of patients who had the typical characteristics of metabolic syndrome typified by hypertension (HTN), diabetes mellitus (DM), and hyperlipidemia (HL). There were 36 patients who had a diagnosis of HTN, 17 patients with a diagnosis of DM, 4 patients with high abnormal glucose or pre-diabetic status, and 42 patients with a diagnosis of HL. There were 2 patients diagnosed with AIDS.

Results for the male vitamin D deficient subgroup (N = 37) individuals indicated that the correlation between decreasing vitamin D level and increasing age (r2 = 0.1094) was both positive and statistically significant (P = 0.0455), while the correlation between CD4 count and age (r2 = 0.0) was positive but not statistically significant at P < 0.05.

Multiple regression analysis examined the effect of CD4 count and age on vitamin D levels. Only age was found as a variable that offered statistically significant effect (P < 0.46360). The results are summarized in the data tables below.

aAlthough technically a negative correlation, the relationship between the two variables is weak.

aAlthough technically a positive correlation, the relationship between the two variables is weak.

aAlthough technically a positive correlation, the relationship between the two variables is weak.

aAlthough technically a negative correlation, the relationship between the two variables is weak.

The current established literature lists vitamin D deficiency as a persistent risk factor for various long-term chronic illnesses. Most observational studies point to the growing connection between vitamin D deficiency and the increased risk of diabetes, multiple sclerosis, rheumatoid arthritis, hypertension, cardiovascular disease, infections, renal abnormalities, and many cancers (6, 7). The main source of vitamin D is synthesized by the skin following exposure to ultraviolet light, which converts 7-dehydrocholesterol (a precursor of lanolin) to pre-vitamin D (8). This can then enter circulation and be metabolized into its active form of 25-hydroxyvitamin D (8). Additional vitamin D sources include certain food such as salmon and other “oily” fish, cod liver oil, egg yolk and other fortified foods (9). Despite this wealth of sources, persistent vitamin D deficiency is a growing concern. The National Health and Nutrition Examination Survey (NHANES) examined the prevalence of vitamin D among 4495 adult participants from 2005 to 2006. They found that the overall prevalence of vitamin D deficiency to be 41.6% with the highest levels of deficiency found in blacks (82.1%), followed by Hispanics (62.2%) (3). Their survey further concluded that non-Caucasian race, lack of a college education, obesity, prevalence of low high-density lipoprotein cholesterol, poor overall health, and no daily milk consumption were statistically significant and independent risk factors associated with vitamin D deficiency (3).

Highly active antiretroviral therapy (HAART) is an important part of treatment for the estimated 33 million people worldwide living with HIV (10). With increased life expectancies, HIV patients are experiencing more chronic adverse drug reactions as well as age-related morbidities such as neurocognitive disorders, cardiovascular disease, metabolic illness, and cancer (11), with many of these diseases occurring earlier in HIV patients in comparison to the general population (10). A proposed mechanism for these observations is that low levels of vitamin D negatively impacted by HAART therapy are contributing to the rise in chronic morbidities (10). Recent studies have shown vitamin D impairment occurring in patients receiving protease inhibitors (PI) and nonnucleoside reverse transcriptase inhibitors (NNRTI). PI such as darunavir and ritonavir, seem to interfere with vitamin D metabolism by inhibiting vitamin D 1 alpha and 25 alpha-hydroxylation in both hepatic and monocytic cultures (10).

One study that looked at HIV retroviral treatment on adult patients from nine different countries found that serum vitamin D levels decreased significantly from initiation of treatment at baseline to 24 weeks (4). These effects were most pronounced in efavirenz-containing cART regimens (4). Another study on a more limited demographic patient population found similar results; patients from the MONET trial increased their vitamin D levels once their treatment regimens were switched from efavierenz and/or zidovudine to darunavir/ritonavir (5). The exact type of anti-retroviral therapy was not recorded in our study, and it was not noted whether patients had recently adjusted their medications during the survey period of our study. Only 3 patients had no anti-retroviral therapy during the study period.

It is important to note that VDD also has a direct effect on the absolute recovery of CD4+ T cells during antiretroviral treatment. One study that measured various levels of vitamin D in patients taking HAART therapy over a period of 18 months found that patients who were categorized as VDI or VDD had a persistently lower absolute CD4+ T cell recovery count during follow-up (12). These results are very similar to another multi-national study that found patients with VDD/VDI had an association with incidence of AIDs-defining events, virological failure, and death over 96 weeks of follow-up (13).

Our study sought to determine if the same levels of vitamin D Insufficiency could be observed in a predominantly Hispanic population. We found that age was significantly correlated with vitamin D levels and that age and CD4 count were also significantly correlated. We did not find evidence that HAART was correlated to vitamin D levels in these patients. This may be a function of different HAART. It is important to have a more thorough history of the kind of anti-retroviral therapy patients were placed on as a function of their illness, as well as the complications they may have experienced. It should also be noted that in our study, while the exact timeline for HAART therapy was not established, the average CD4+ T cell count was recorded at 294, which is considered the lower end of normal. When stratified for gender, our results were more pronounced in men than for women. This, however, could be a reflection of the presence of more men than women in our study.

Limitations of our study included a small sample size and missing information about current diet, exposure to sunlight, and education level. Significant findings were that of CD4 counts versus age and vitamin D levels versus age. Definitive correlation between HAART and vitamin D levels could not be established. Since our study is only a preliminary report, further data is needed to ascertain whether HAART could impact the baseline vitamin D levels in HIV patients who are already predisposed to vitamin D insufficiency. In addition, further studies are needed to evaluate the relationship between advanced immunodeficiency (CD4 counts less than 200) and Vitamin deficiency.

Copyright © 2018, International Journal of Infection. This is an open-access article distributed under the terms of the Creative Commons Attribution-NonCommercial 4.0 International License (http://creativecommons.org/licenses/by-nc/4.0/) which permits copy and redistribute the material just in noncommercial usages, provided the original work is properly cited.
download pdf 87.11 KB Get Permission (article level) Import into EndNote Import into BibTex
Number of Comments: 0