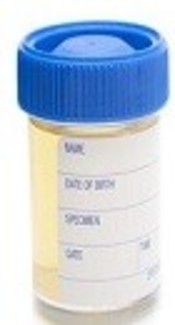 Although urinary tract infections (UTIs) are one of the common infections, especially among elderly, the gold standard diagnostic method is still bacterial culture. Since large percentages of urine culture are negative, it seems that specialists should pay more attention to other bacteria, such as fastidious bacteria. The aim of this study was to use the method of fastidious bacteria isolation for urine samples of elderly females with negative results for conventional culture.

This study was conducted at Imam Khomeini hospital and fastidious bacteria from urine samples of 1075 females older than 60 years were isolated and identified. Developing changes in culture media and incubation conditions and gas levels led to isolation of fastidious bacteria.

After overnight aerobic culturing of 1075 urine samples, 383 cases had positive, 99 cases had low counting, 159 cases had mixed, and 434 cases had negative test results. Among 434 negative cases obtained from these methods, and using fastidious bacteria in this study, 147 subjects had Fastidious bacterial, more than 50% of which was associated with infection symptoms, indicating a significant difference.

For the isolation and detection of urinary tract infections in elderly female patients with negative aerobic and night culture results, especially if it was associated with the presence of symptoms, culturing the samples in additional and selective environments with changes in the incubation conditions is necessary in order to isolate bacteria.

Today, urinary tract infections are considered as one of the infectious and hospital diseases with the highest incidence in elderly, and a high number of laboratory samples demonstrate the importance and extent of this problem (1). Furthermore, UTI is broadly defined as an infection of the urinary system and may involve the lower urinary tract or the lower and upper urinary tract combined (2). In both males and females, the prevalence of asymptomatic bacteriuria increases with age. Additionally, in some cases, such as advanced renal scarring, and kidney and urinary tract stones result in negative urine culture, especially for elderly with chronic pyuria (3, 4). Urinary Tract Infection occurs more often in females than in males (5). In elderly adults, both urinary infection and asymptomatic bacteriuria (ASB) are common; in females older than 80 years old living in the community, the incidence is reported as almost 20% (6). In addition, UTIs represent a significant health care burden. Overall, 15.5% of infection diseases hospitalization is caused by UTI in adults, especially in patients older than 65 years old. Urine is a good medium for bacteria growth, therefore, it is not surprising that they frequency grow in the urinary tract.

For managing decisions, determination of the precise etiology of infection in individual patients helps in management, is of prognostic and epidemiological value, and may have profound public health and infection control ramifications. Fastidious bacteria are one important agent of UTI. Culture recovery of these organisms, even from adequate clinical specimens, is logistically demanding, often costly, and lacking in both timeliness and sensitivity.

Generally, acceptance of significance of bacteria is, the presence of a single microorganism at a concentration of almost 10 × 105 colony-forming units (CFU)/mL in voided urine specimens (7). However, lower limits, such as 10 × 104, were suggested for children, males, and patients with underlying diseases or for particularly fastidious microorganisms (8).

Ordinary culture media are designed to produce common uropathogenes yet do not support the growth of many slow-growing, fastidious, or anaerobic organisms (3). Considering the above-mentioned issues, this study attempted to turn clinical microbiologists to the belief that more attention should be paid to bacteriological urine tests of elderly females and the limitations of traditional methods should be recognized using the new technique for fastidious bacteria with the aim of better diagnosis and treatment of urinary tract infections in elderly females and its adjacent organs and to prevent reversible use of antibiotics.

This cross sectional study was conducted from October 2014 to June 2015. Overall, 1075 urine samples were collected for rapid isolation and identification of fastidious bacteria from elderly females within the age range of 83 to 61 years old, who referred to Imam Khomeini hospital, Tehran, Iran. Samples were transferred to the research laboratory of medical basic sciences department, University of Welfare and Rehabilitation Sciences. Urine samples included initial urine, mid-stream specimen urine (MSU) and supra pubic aspiration.

In the present study, in the first step, urine samples were cultured on Mueller-Hinton (MH), Maccancky agar (MC), and chocolate agar (CHA). The researchers considered net growth and more than 105 per mL of urine as positive. The bacteria, which were not able to grow on routine media, were cultured on enriched blood agar (BA), cysteine lactose electrolyte deficient agar (CLED), and chocolate agar along with changes in the incubation conditions with 7% carbon dioxide with five days of incubation at 37°C being used and plates were evaluated every 24 hours (6) for confirmation of fastidious bacteria.

In addition to the first part, for microscopic analysis of urine, the samples were centrifuged and examined for pyuria and if more than five leukocytes were observed in a field microscope, then it was considered as pus in the urine (4).

The medical records were studied to determine the symptoms and antibiotic use and then all the results were reconciled with the control group and also evaluated (9-11).

The statistical analyses for this study were performed using SPSS 13.0. Data were analyzed and presented as mean ± SEM.

The results showed that from 1075 urine samples of elderly females under aerobic and overnight conditions, 383 were determined as positive cases, 99 cases were low account, 159 were mix, and 434 samples were negative cases (Table 1).

Table 1. Preliminary Study Using Common Practice on 1075 Urine Samples of Older Females with 1075 as the Total Number of Cases

More than 50% of them were associated with symptoms of infection (Table 3). Elderly females’ age distribution is shown in Table 4.

Uropathogens express common virulence factors that enable them to successfully establish infection in the urinary tract. However, most of the time the urinary tract resists infection, and if infection is established, it remains contained within this tract unless in the presence of predisposing conditions (12). The incidence of UTIs has increased substantially over the past 30 years, with greater prevalence in females than males (13), mainly owing to an increase in the population of elderly and immune-compromised individuals, as well as the rise in the use of indwelling urinary catheters (14).

In urinary tract infection, choosing the urine sampling technique could impact the diagnostic accuracy and thus lead to possible over or under-treatment. Currently, no evidence-based consensus exists regarding the correct sampling technique of urine from females with symptoms of urinary tract infection in primary care (15). Wolfe et al. (16) showed that uncultivated bacteria are clearly present in the bladders of some females. It remains unclear if these bacteria are viable and/or if their presence is relevant to idiopathic urinary tract conditions. The above results revealed that approximately one-third of patients with negative culture results, can have positive results for fastidious bacteria, especially those with negative cultures with infected symptoms. Therefore, in order to isolate and detect urinary tract infections in patients with negative aerobic and overnight culture results, especially if they are associated with the presence of symptoms, it is necessary to culture the samples in additional and selective environments with changes in the incubation conditions for isolating the bacteria. On the other hand, Hasan et al. (17) confirmed that for an effective treatment, physicians should distinguish urinary tract infections caused by different organisms. In addition, appropriate clinical information could provide clues for better diagnostic evaluation and determination of susceptibility to antimicrobial agents as well addressing host factors that contribute to the occurrence of infection.

While differentiating UTI from ASB is difficult and misclassification may occur in many tests, accurate percentage of the incidence of UTI in the elderly is challenging. Due to the low prevalence of infection because of fastidious bacteria, diagnostic specificity is absolutely mandatory. The predictive value of a positive test result with these organisms becomes unacceptably low if the test that is used for diagnosis yields even small numbers of false-positive results. For these reasons, the culture remains a useful tool in establishing an etiologic diagnosis of infection due to these agents.

According to the results regarding fastidioan organisms, by changes and genetic mutations in bacteria, the current researchers decided to develop changes in the techniques of isolation and detection of urinary tract infections and thereby provide optimal solutions for better patient treatment and reduce the use of antibiotics and the development of secondary pathogens and nosocomial infections and also prevent the development and progression of chronic pyuria.