The Seroprevalence of Toxoplasma, Cytomegalovirus and Rubella Infections in Women with Abortion in Kurdistan Region of Iraq: A Brief Report

How to Cite: Hussein N, Balatay A A. The Seroprevalence of Toxoplasma, Cytomegalovirus and Rubella Infections in Women with Abortion in Kurdistan Region of Iraq: A Brief Report. Int J Infect.6(1):e86734.
doi: 10.5812/iji.86734. 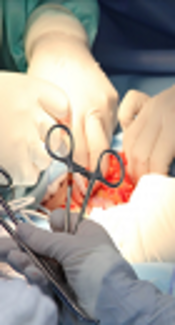 Infection with toxoplasma, cytomegalovirus (CMV) or rubella is associated with negative pregnancy outcomes.

The aim of this study was to determine the prevalence of anti-toxoplasma, CMV and rubella IgM antibodies in women with abortion.

This was a cross sectional study conducted in Kurdistan region of Iraq. Samples were collected between January 2015 and October 2018. Women with a recent history of abortion were included in the study and electrical chemiluminescence immunoassay (ECLIA) was used to determine the IgM positivity.

The prevalence of toxoplasmosis, CMV, and rubella IgM positivity was low in women with abortion. It seems that infections with these microorganisms are not major causes of abortion in the studied region.

Toxoplasmosis is a parasitic infection caused by the intracellular protozoan Toxoplasma gondii (1). According to the geographical area, the prevalence rates of toxoplasma in women of reproductive age or pregnant women ranges from 10% to 75% (1). Congenital toxoplasmosis occurs in approximately 1.5 cases per 1000 live births (2). Acute toxoplasmosis is usually subclinical with no or mild symptoms. However, acute infection acquired during pregnancy can cause negative pregnancy outcomes. Worldwide, cytomegalovirus infection is one of the most common viral infections. The seroprevalence of CMV in the adult population ranges from 50% in developed countries to 90% in some developing countries (3). In the most severe cases of congenital infection, this virus might cause abortion and stillbirth. In milder cases, CMV congenital infection can cause hearing loss, vision loss, microcephaly, and seizure (3, 4). The risk of primary CMV infection is around three percent, and 0.5% of live birth babies are born with congenital CMV infection (3, 4). Anti-CMV IgM antibody positivity indicates primary infections or reactivation of infection, both of which are associated with congenital abnormalities in pregnancy (5).

German measles is caused by rubella. Such an infection during pregnancy is associated with an overwhelming consequence on the growing fetus (6). A collection of congenital anomalies caused by rubella is known as congenital rubella syndrome. Additionally, German measles during pregnancy may lead to abortion and stillbirth (6). While a positive anti-rubella IgG indicates a previous exposure or immunization, IgM positivity indicates recent infection, which is associated with negative pregnancy outcomes (6).

Several reports have documented the relationship between these infections and abortion (4, 7-9). No study has been conducted in the region investigating the prevalence of these infections in women with abortion. The aim of this paper was to investigate the prevalence of anti-toxoplasma, CMV, and Rubella IgM in women with early pregnancy loss in Kurdistan region of Iraq.

This was a cross sectional study conducted in the Kurdistan region of Iraq. Samples were collected from five major cities, including Duhok, Summail, Zakho, Akre, and Amedi. Samples were collected between January 2015 and October 2018. Inclusion criteria were a history of abortion within the prior four weeks, abortion with no clear causes, and consent to participate in the study. Patients with chronic diseases, including hypertension and diabetes, were excluded.

In total, 5 CC of blood was taken from patients and the serum was separated by centrifuging samples for five minutes at 1500 g. Then, all samples were kept at -20° before testing. IgM antibodies against the organisms were tested using ECLIA (Cobas, Roche, Germany). All tests were conducted in duplicates.

This project and the consent were approved by the ethics committee of the college of pharmacy, University of Duhok. Informed consent was obtained from all recruited subjects.

This project was carried out to show the prevalence of acute toxoplasmosis, CMV, and Rubella infections in women with early loss of pregnancy. More than 30% of the world’s population were infected with toxoplasma (10). Such an infection is associated with negative outcomes in pregnancy. In a study conducted in Japan, the overall seroprevalence of Toxoplasma was 10% (11). In a study conducted in Turkey, women at the childbearing age were tested for anti-toxoplasma IgM and IgG, and 1.34% and 24.61% of the samples were tested positive for IgM and IgG, respectively (12). In another study conducted in Iran, T. gondii IgG and IgM antibodies were detected in 27.2% and 1.2% of women with abortion (4). In the same study in Iran, no association was found between toxoplasmosis and abortion (4). In the current study, 2.8% of women, who had abortion were tested positive for anti-toxoplasma IgM. Thus, the prevalence of acute toxoplasmosis was low in women with abortion in the region of study. More studies are needed to investigate the role of toxoplasmosis in the development of congenital abnormalities. No treatment is required for such immunocompetent patients (13, 14). The treatment for toxoplasma in immunocompetent patients is only indicated in pregnancy and three months before conception, otherwise no specific treatment is required (13, 14).

CMV IgG and IgM prevalence has been reported in the range of 23% to 100% and 2.5% to 8.0% in the childbearing age and pregnant women from different regions of Iran (4). In a study conducted in the USA, the seroprevalence of CMV IgM was 2.8% (15). Additionally, IgM seroprevalence in French women in the reproductive age was reported as 4.1% (16). In the current study, the prevalence of IgM positivity was 2.27%. Acute CMV infection is a self-limiting disease and no specific treatment is required (13, 17). Some reports showed a benefit of valacyclovir in treating congenital CMV infection. However, the role of this medication is still under investigations (18).

Additionally, a study conducted in Iran showed that more than 96% of the recruited women in Iran were positive for anti-rubella IgG (19), and 55% of women in Turkey were found to be positive (20). In another study conducted in Iran, rubella IgG and IgM seropositivity were detected in 75.3% and 1.2% in women with abortion (4). In the current study, 1.73% of the recruited patients were anti-rubella IgM positive. The low positivity may reflect the strength of the vaccination program that was started in the late 80s of the last century.

In conclusion, the prevalence of acute toxoplasmosis, CMV, and rubella is low in women with abortion. It is recommended that patients should be screened for those infections within an acceptable timeframe. There is no antiviral treatment for CMV and rubella after abortion as the infection is self-limiting. The indications of treatment in acute toxoplasmosis is when it occurs during pregnancy or before planned conception by 12 weeks.