Hepatitis A Infection Presented with Pancytopenia, a Case Series in Children 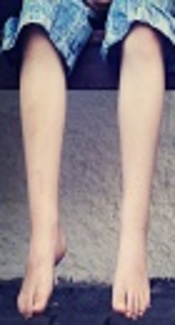 Extrahepatic presentation in hepatitis is a relatively uncommon clinical condition. In particular, pancytopenia related to hepatitis is a rare phenomenon encountered in these patients. Pancytopenia can be associated with a variety of hepatitis viruses; however, its association with hepatitis A virus (HAV) is unusual.

In current case series, we reported 11 children who presented with three suppressed blood lineages, including white blood cells, platelets, reticulocytes, and hemoglobin with mean values of 2.4 × 103/µL, 54.5 × 103/µL, 1%, and 9.4 g/dL. Of these 11 children, 5 were boys. The mean age was 6.5 years old. The patients presented with abdominal pain, hepatitis, and pallor. Biochemical analysis showed liver function enzymes were increased in all patients. Serologic studies for antibodies against viral components, including hepatitis B (HBV), hepatitis C (HCV), and HAV, as well as cytomegalovirus (CMV) showed positive results for anti-HAV IgM. Coombs tests were negative in all the patients.

Clinicians should consider extrahepatic presentations of hepatitis infections, especially HAV infection that may present with non-specific clinical features. This can help health care providers to timely and correct diagnosis and treatment of this infection.

Hepatitis A virus (HAV) is a member of picornavirus family. The infection is transmitted by oral contamination of fecal-infected nutritional materials. HAV infection is especially widespread in developing nations suffering from low-standard sanitation system (1). Diagnosis of the infection in acute phase is based on supporting clinical and serological findings as well as liver function tests, including alanine aminotransferase (ALT) and aspartate aminotransferase (AST) tests.

Although hepatitis A infection is common in children, its clinical manifestation is generally unusual in children. Nevertheless, these patients may present with non-specific digestive symptoms and pain in upper quadrat of stomach. Unlike hepatitis B (HBV) or hepatitis C (HCV) infections, affecting of other body systems besides liver is not common in HAV infection (2). However, tissues such as lymph nodes, muscles, skin, as well as kidneys have scarcely been among target organs in HAV infection (3). Being familiar with extrahepatic manifestation of HAV infection is necessary for all physicians, especially pediatricians for timely diagnosis of the infection.

A variety of hematological manifestations have been described in acute HAV infection. Some of these include hemolysis (4). In fact, hemolysis presents the most common hematologic abnormality in patients with HAV infection (5). Etiologies for hemolysis of red blood cells have been proposed due to glucose-6 phosphate dehydrogenase deficiency and autoimmune hemolysis in this condition (5). Other reported hematological problems have been aplastic anemia, immune thrombocytopenia, and pure red cell aplasia (5). Aplastic anemia, is an extremely rare phenomenon in HAV infected patients with a few cases reported (3). Hepatitis-associated aplastic anemia can be a progressed disease that it may be terminated in death if left untreated (6). In this case series, we described the clinical features of childhood HAV infection complicated with pancytopenia.

The patients referred to the gastroenterology clinic of Amir-Al-Momenin Hospital of Zabol city, Sistan and Baluchestan, south-east of Iran during 2015 - 2018. The patients had been diagnosed with acute HAV infection by positive anti-HAV IgM antibodies and presented with hepatitis and abdominal pain. They were severely pallor suggesting low hemoglobin levels.

Blood samples were collected from the patients to investigate laboratory findings, including liver enzymes, complete cell blood count (Sysmex K1000, Japan), and reticulocyte count by standard protocols. For ruling out other viral etiologies, anti-HBsAg and anti-HCV antibodies were evaluated by specific ELISA kits. The SPSS software version 16 was used to analyze the data. A P ≤ 0.05 was considered statistically significant.

We reported 11 children (mean age of 6.5 years) who suffered from variable cytopenia associated with HAV infection. Of these 11 children, 5 were boys. The patients presented with abdominal pain, hepatitis, and pallor. Laboratory analyses revealed a reduction in white blood cell counts, platelets counts, hemoglobin level, and corrected reticulocyte counts. Biochemical analysis showed liver function enzymes were increased in all patients. Serologic studies for antibodies against viral antigens, including HAV, HBV, and HCV showed positive results for anti-HAV IgM. Coombs tests were negative in all the patients. Details on cell counts and other laboratory parameters of the patients were described in Table 1.

Extrahepatic manifestation of hepatitis may present a few weeks before clinical jaundice in acute hepatitis infection (1). Hepatitis-associated aplastic anemia has been traditionally accompanied with non-A, non-B, and non-C viruses (7). In a study on patients with aplastic anemia, 25% had a history of hepatitis which none of them were related to type A, B, C, D, E or G hepatitis (8). The current case series is among few studies reported pancytopenia related to HAV infection. Previously, Das et al. reported a 10-year-old girl infected with HAV that developed pancytopenia (3). In addition to HAV, hepatitis due to other viruses, including hepatitis G (HGV) and HCV has also been described along with pancytopenia (9, 10). Despite that this is unusual, it is advisable to consider bone marrow failure in the patients infected with hepatitis and present with a decreased count of all blood cell lineages.

Pathogenesis of bone marrow failure following hepatitis infection remained a conundrum. Although the association of hemophagocytic syndrome (HPS) with HAV infection is a rare occasion (11), Lymphohistiocytosis and HPS may share a notable role in hematopoietic suppression in the context of HAV infection (1, 3). Nevertheless, HPS is generally seen in relation to infection of Epstein Barr virus, cytomegalovirus, Parvovirus B19, and herpes viruses type 6 and 8 (12). The autoimmune nature of aplastic anemia related to hepatitis viruses has been proposed as a result of supporting findings such as deregulated T lymphocytic response and reversibility of the condition in response to immunosuppressive drugs are the two of strong documents (13). An elevated ratio of CD8+ cytotoxic cells has been shown in liver sections obtained from patients with hepatitis-associated aplastic anemia (14). Migration of a high number of such activated cells to bone marrow and induction of high levels of interferon- γ (IFN-γ) and Tumor Necrosis Factor-α (TNF-α) within bone marrow stroma can attenuate normal hematopoiesis (15). Despite the facts that autoimmune hemolysis has been noted as a potential contributor to anemia in hepatitis (5), none of our patients showed positive Coombs results. In addition, there has been a suggestion denoting a role for genetic determinants in the progression of hepatitis-associated pancytopenia. In spite of that no role has been considered for individuals’ features such as age and sex, or severity of the disease to contribute to the bone marrow failure in this condition (8), younger male patients are more likely to develop hepatitis related pancytopenia (13). Therapeutic regimens, especially those based on IFN-α and recently protease inhibitors have been described in relation to crippled hematopoiesis in hepatitis (16).

Non-specific presentations unrelated to the hepatic system of HAV infection may lead to incorrect diagnosis and unnecessary and ineffective treatments. Therefore, it is essential for the nurses, physicians, and pediatricians to be aware of extrahepatic manifestation of HAV infection for timely diagnosis of the infection.