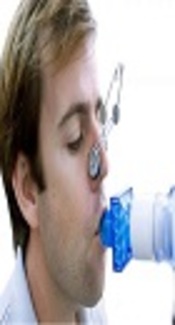 Children seem to be more susceptible to deleterious effects of air pollution related to respiratory functional parameters as compared to adults and thus quite perceptively assessment of these pathological changes among children is necessary. The present study aimed to assess the effects of air pollution on respiratory functional parameters among primary school children in Tehran, Iran.

This cross - sectional survey was performed on 102 children aged less than 12 years studying at a primary school in Tehran in 2015. At two time points with healthy and unhealthy air conditions (December 2015 and May 2016), all eligible children were evaluated with respect to respiratory functional parameters (FEV1, FEV1/FVC, FVC, PEF, FEF25 - 75) using a spirometer.

There were significant differences in respiratory some parameters including FEV1 (P = 0.013) and PEF (P = 0.003) between the two times of respiratory assessment, no difference was found in some others such as FVC, FEV1/FVC and FEF25 - 75.

Air pollution can be harmful for respiratory functional status in children by reducing FEV1 and PEF parameters.

The link between air pollution and human health has been studied (1, 2). Especially in children and young adolescents, the association between air pollution and higher likelihood of mortality and morbidity has been paid more attention to (3) due to the fact that children have different physiological respiratory system, smaller average lung size and higher respiratory reactions to pollutants (4). It seems that children are more susceptible to air pollutants - induced airway inflammation leading to reduction of lung capacity (5). Also, pollutants may stimulate and activate oxidative stress pathways, reduce host defenses against microbial species, disrupt respiratory surface permeability and alter cell signaling activity pathways (6). In fact, exposure to toxic compounds in air such as carbon monoxide may induce respiratory hypoxic responses leading to more morbidity and even mortality among young children (7, 8). Totally, it seems that children are more susceptible to deleterious effects of air pollution related to respiratory functional parameters as compared to adults and thus quite perceptively assessment of these pathological changes among children is necessary. The present study aimed to assess the effects of air pollution on respiratory functional parameters among primary school children Tehran, the capital of Iran.

This cross - sectional survey was performed on 102 children aged less than 12 years studying at a primary school in Tehran in 2015. All children with chronic disorders, history of atopy, or history of inflammatory or infectious disorders were not included into the study. The initial phase of study was done in December 2015 with unhealthy air quality status with the following characteristics: particulate matters less than 2.5 microns and 10 microns respectively (65), particulate matters less than 2.5 microns (Air quality index or AQI = 126), sulfur dioxide (AQI = 33), nitrogen dioxide (AQI = 67), ozone (AQI = 20), and carbon monoxide (AQI = 60) that was obtained from meteorological station. At two time points, all children were evaluated with respect to respiratory functional parameters (FEV1, FEV1/FVC, FVC, PEF, FEF25 - 75) using a spirometer (Spirolab. Italy). For statistical analysis, results were presented as mean ± standard deviation (SD) for quantitative variables and summarized by frequency (percentage) for categorical variables. To assess in study parameters across the two time points, the paired t test or Wilcoxon test was used. P values of ≤ 0.05 were considered statistically significant. For the statistical analysis, the statistical software SPSS version 16 for windows was used.

Our study shows significantly reduction of some functional parameters of the lung such as FEV1 and PEF in air pollution status as compared with healthy air condition. Respiratory function is an important health parameter indicating long - term survival of the patients. Fortunately, respiratory function is measured objectively and not influenced by measuring bias. Since gaseous pollutants and fine particles in the air are inhaled through the nose and mouth, airways are at risk for air pollutants. Of all pollutants, nitrate oxide and particulate matters have especial importance due to their deleterious effects on cardiovascular or respiratory - related morbidity and mortality. It has been shown that inhalation of NO2 can increase the secretion of mucus and progression of disease in asthmatic patients. In some studies, significant difference was revealed in respiratory parameters such as FEV1 at healthy and unhealthy air conditions (9, 10). According to reduction of FEV1 in air pollution status, the harmful condition of air pollutants on health status can be demonstrated especially in those with obstructive pulmonary disorders. This study also showed that PEF was significantly lower in polluted air status in children. The peak expiratory flow or PEF, also called peak expiratory flow rate is a person’s maximum speed of expiration that is very useful for therapeutic monitoring of respiratory status in those patients with tidal restrictions. Some studies have indicated reduction of PEF while concentrations of pollutants especially particulate matters less than 2.5 microns are in higher level (11, 12). This change has also been found in sick children (13), but we showed the changes also in healthy children. However, we did not find significant changes in FVC, FEV1/FVC ratio, or FEF 25% - 75%. The last parameter is related to small airways that are not affected by particulate matters.

Nowadays despite all the measures taken to improve air conditions in large cities, air pollution remains a main health problem, and due to its adverse effects on humans in long term that leads to undesirable results, it is appropriate to prevent adverse effects of air pollution as far as possible by public training through the media, optimal use of equipment such as gas masks, and desirable standard covers that reduce the risk of respiratory hazards.

Air pollution significantly affects the airways of children especially the medium - sized airways. This effect has been shown by reduction of FEV1 and PEF in higher level of air pollution. In this study we were not able to measure the influence of each pollutant on PFT parameters. For this aim it needs to evaluate these parameters in several different days.

Copyright © 2018, Iranian Journal of Pediatrics. This is an open-access article distributed under the terms of the Creative Commons Attribution-NonCommercial 4.0 International License (http://creativecommons.org/licenses/by-nc/4.0/) which permits copy and redistribute the material just in noncommercial usages, provided the original work is properly cited
download pdf 96.72 KB Get Permission (article level) Import into EndNote Import into BibTex
Number of Comments: 0