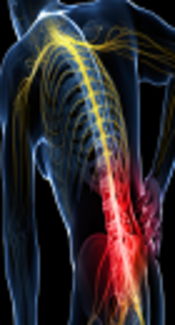 Lumbar Laminectomy: TIVA with Propofol Versus Inhalation Anesthesia with Isoflurane

Surgical treatment of lumbar intervertebral disc herniation is a critical procedure due to the proximity of the operation field to neural structures. Providing a bloodless field and optimizing surgeon vision is of high value in this regard. Total intravenous anesthesia with propofol and inhalation anesthesia with isoflurane are both used in spine surgeries. Both of these agents have vasodilator properties that could be benefited in inducing controlled hypotension as a blood sparing technique. We sought to compare propofol and isoflurane anesthesia in terms of intraoperative bleeding and hemodynamic changes.

The two groups were similar in demographic characteristics (for age P = 0.072; for gender P = 0.286). The ISO group had significantly lower blood pressure after 30 minutes of anesthesia (P = 0.01). Intraoperative bleeding in terms of qualitative and quantitative measures was lower in the ISO group (P = 0.001). Isoflurane anesthesia was also associated with a higher surgeon satisfaction score (P = 0.01).

Our findings showed that isoflurane as a volatile agent provides a bloodless field better than does propofol through TIVA.

Providing a bloodless field is important during surgeries under general anesthesia in order to optimize the visibility of surgeon and maintain patients’ hemodynamic stability. These may affect the duration and technical accuracy of procedures, which are of high importance in spinal surgeries, considering the proximity of operation field to neurological structures (1). Different methods have been used to minimize the operation field hemorrhage, including the use of local vasoconstrictors or inducing deliberate hypotension by means of antihypertensive agents, vasodilators, or the anesthetic drugs (1, 2).

Total intravenous anesthesia (TIVA) and volatile inhalation anesthesia are both standardized techniques for lumbar laminectomy and discectomy procedures (3). Propofol is commonly used in TIVA as an agent for both induction and maintenance of anesthesia (3, 4). It provides rapid and predictable onset of action and can decrease blood pressure by vasodilation (4, 5). Isoflurane is an inhalation alternative to the intravenous agent, which also has good vasodilatory properties (5, 6).

The effects of isoflurane and propofol anesthesia on patients’ hemodynamics and bleeding of operation field have been assessed in previous studies. However, there are contradictory data, for instance, deliberate hypotension with propofol did not decrease total blood loss and the operation duration. This is while due to the very low quality of the evidence, this conclusion is not definitive (7) and necessitates additional trials on this topic. In this study, in order to address the missing points and provide additional material for evidence-based decision-making, we compare hemodynamic status and surgical field bleeding in patients who endure laminectomy surgery under general anesthesia using recommended doses of either propofol or isoflurane.

This single-blind clinical trial study was performed between September 2015 and March 2016 in Imam Reza hospital, AJA University of Medical Sciences, Tehran, Iran. The project was registered in Iranian randomized clinical trial site (registration No. IRCT2015070723098N1). The study was conducted in military patients at a military hospital. After obtaining approval from the ethics committee of the university, 88 patients, who were candidates for lumbar vertebral laminectomy surgery due to intervertebral disc herniation, were recruited. All patients had American Society of Anesthesiology physical status 1 and 2. No age or sex restrictions were applied. Exclusion criteria were as follows: known allergy to anesthetic drugs propofol or isoflurane, hypersensitivity to egg and soybean products, known or suspected susceptibility to malignant hyperthermia, renal impairment, and hyperkalemia, coagulopathy disorders, refused patients. After taking written informed consent, the patients were randomly allocated to one of the two pathways of anesthesia methods either with intravenous infusion of propofol (PRO) or with inhalational isoflurane (ISO). Randomization was performed by selecting an unmarked envelope by patients (simple randomization) just before induction, which contained ISO or PRO cards. All surgical procedures and anesthesia were performed by the same neurosurgery team and anesthesiology specialist. The surgeon and examiner were unaware of the allocation of patients to ISO or PRO groups and the same examiner was used for all subjects. The propofol infusion pump was also set to all patients in either ISO or PRO groups but without the infusion running in the ISO group in order to conceal the method of anesthesia from surgical team.

All patients were primarily ventilated with 100% oxygen. Anesthesia was induced by intravenous infusion of thiopental 5 - 7 mg kg-1 in the ISO group and propofol 2 mg kg-1 in the PRO group. Thereafter, Atracurium at a dose of 0.6 mg kg-1 was administered for muscular paralysis. Orotracheal intubation was performed and lungs were mechanically ventilated with 50% N2O in Oxygen to maintain the end-tidal CO2 concentration of 35 - 40 mmHg. The patients were turned to the prone position and surgical field prepared. Anesthesia was maintained in the ISO group by isoflurane inhalation at a dose of 1 - 1.5 maximum alveolar concentration (MAC) in 50% O2-N2O mixture. PRO patients received a continuous infusion of propofol 150 μg kg-1 min-1 for maintenance of anesthesia.

We assessed the qualitative state of surgical field bleeding during the operation using a 0 - 5 grading scale previously described as Boezaart criteria (Table 1) for endoscopic sinus surgeries (8).

The overall surgeon satisfaction with anesthesia and surgical condition was assessed through a 1 - 5 scored scale in which, score 1 represented the lowest satisfaction and 5 indicated the complete satisfaction of the surgeon. This parameter was inquired from the surgeon 30 minutes after the end of the operation.

Bleeding volume was calculated as the total fluid volume in suction bottle minus the amount of irrigation solution used during the surgery added to the blood volume absorbed to gauzes. Wet gauzes were counted after the operation and each was considered to contain nearly 30 milliliters of blood. We assumed each long gauze to hold about 50 milliliters of blood.

We used SPSS-20 software for statistical analysis of the parameters.The Chi-squared test was used to compare male/female ratio in the two groups of patients. The Independent T-test was used for analysis of age, heart rate, and mean bleeding volume between the two groups, and systolic and diastolic blood pressure before the induction and during the maintenance of anesthesia. The analysis of variance (ANOVA) was performed for comparing heart rate and blood pressure in time intervals after anesthesia induction. Boezaart grade and surgeon satisfaction scores with nonparametric distribution were analyzed using Mann-Whitney U test. P value < 0.05 was considered for statistical significance of correlations.

There were no significant differences between the two groups of patients in demographic characteristics including gender ratio and mean age (Table 2).

Heart rate and values of systolic and diastolic blood pressure were comparable between the groups before the induction of anesthesia. During anesthesia maintenance, heart rate was significantly higher in PRO patients 15 minutes after induction, compared to patients in the PRO group. At 30 and 45 minutes of anesthesia, the heart rate was comparable in the two groups. At 15 minutes of anesthesia, patients in both groups had a similar mean systolic and diastolic blood pressure. However, systolic and diastolic blood pressure remained lower in the ISO group after 30 minutes of induction until the end of the anesthesia (Table 4). Urinary output was comparable between the two groups (P = 0.65). However, intraoperative bleeding volume was significantly lower in the ISO group (P = 0.001) (Table 5).

Table 4. Comparison of Hemodynamic Variables Between the Two Groupsa

Table 5. Comparison of Variables Between the Two Groupsa

Minimizing the surgical field bleeding is very important in spine surgery. However, few studies have addressed this goal and the current practice in this regard seems to be mostly based on expert opinions and believes rather than evidence-based medicine (9).

Controlled hypotension is one of the techniques benefitted to reduce operation field bleeding in various types of surgical procedures. This technique has been frequently studied in paranasal sinus surgeries that have compared the effect of different anesthetic medication, alone or in combination with other antihypertensive preparations (7, 10-12). Both inhalational anesthesia and total intravenous anesthesia (TIVA) have been used in this regard (12). However, few studies have been performed to compare the effect of these two techniques in musculoskeletal operations, in particular in spinal surgeries (3, 13).

In some studies, it has been shown that TIVA provides a better bloodless field than inhalational anesthetics in endoscopic mucosal sinus operations (14). Nevertheless, a Cochrane systematic review published in 2013 did not support the hypothesis of less surgical bleeding associated with TIVA and use of propofol (7). The results of spinal surgeries also seem to be heterogeneous (13).

Our patients in the two groups of anesthesia did not show any difference in their demographic characteristics. The two groups were also similar in mean values of heart rate and systolic and diastolic blood pressure prior to the anesthesia induction. We observed a decrease in heart rate 15 minutes after the induction in the ISO group; however, this difference disappeared after few minutes, with gradual reaching to the maximum effect of volatile anesthetic. In a study by Gozdemir et al. in 2007, some occasional changes in heart rate of patients undergoing inhalational anesthesia were observed at the beginning of the operation (13). Ozkose et al. in 2001 also reported the increased heart rate in the isoflurane group until 15 minutes of operation, as compared with the propofol group (3). By contrast, our findings showed a decrease in heart rate in the ISO group, which might be due to the different preparations and doses of administered agent. However, it is in a way consistent with the results of the two aforementioned studies, which represent the fact the peak and maximum effect of volatile anesthetics would be reached a bit lately after some minutes of tissue distribution of the agent (15).

We also observed a change in systolic and diastolic pressure of patients in the ISO group after 15 minutes of anesthesia. The mean blood pressure values were similar in both groups at the beginning; but after 30 minutes of induction, which could be considered as the time for the maximum effect of the volatile agent, these values were lower in the isoflurane group. Gozdemir et al. did not report any significant difference between groups in this hemodynamic parameter (13). However, a decrease in the mean arterial pressure could be observed in results published by Ozkose et al. in their group of patients undergoing inhalational anesthesia (3). This finding is also consistent with our results. Nevertheless, Ozkose et al. reported a higher blood pressure, particularly at the beginning of surgery in the ISO patients, as compared to our results.

Our finding showed less bleeding from the surgical field in patients undergoing isoflurane anesthesia. We believe that this parameter has not been assessed in spinal surgeries frequently and not much evidence is available in this regard. Our result in some way opposed the findings of lower intraoperative bleeding in TIVA group that was expected based on some studies of endoscopic sinus surgery (10, 11, 14, 16). This finding was also consistent with our results of qualitative assessment of operation field bleeding and overall surgeon satisfaction score. A lower Boezaart grading score and higher surgeon satisfaction rate in the ISO group may contribute to the lower volume of bleeding in these patients, which provides a bloodless field and a better vision for the surgeon. Additional studies appear to be required in order to address the effect of these two anesthetic methods on musculoskeletal operations.

TIVA and inhalational anesthesia are both used in various surgical operations and each provides its advantages. Our findings showed that isoflurane as a volatile agent provides a bloodless field better than does propofol through TIVA. Additional studies are advocated to specify the exact effects of various anesthetics in different organs subject to surgical operations.

Copyright © 2018, Journal of Archives in Military Medicine. This is an open-access article distributed under the terms of the Creative Commons Attribution-NonCommercial 4.0 International License (http://creativecommons.org/licenses/by-nc/4.0/) which permits copy and redistribute the material just in noncommercial usages, provided the original work is properly cited
download pdf 138.04 KB Get Permission (article level) Import into EndNote Import into BibTex
Number of Comments: 0