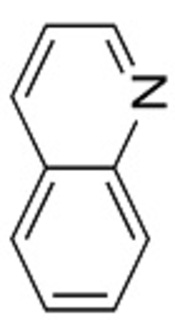 Can Functionalization of Quinoline Derivatives Be Exploited to Control Quinolines Cytotoxic Effects?

Quinoline and its variety of derivatives have long been studied for their biological activities such as anticancer, antitumor, anti-inflammatory, and antioxidant properties.

As part of our research, we are interested in the synthesis and development of heterocyclic compounds such as quinoline derivatives and poly-pyridyl materials that might have potential biological activities. Particularly, anti-cancerous and anti-bacterial properties of such compounds are of our interest.

A previously synthesized mixture of two quinoline derivative isomers (7-methylquinoline and 5-methylquinoline (A + B)) and other four quinoline derivatives (7-methyl-8-nitro-quinoline (C), 7- (β-trans- (N,N-dimethylamino) ethenyl) -8-nitroquinoline (D), 8-nitro-7-quinolinecarbaldehyde (E), and 8-Amino-7-quinolinecarbaldehyde (F)) were selected to evaluate their in vitro cytotoxicity against human epithelial colorectal carcinoma (Caco-2) cultured cells by MTT assay. The IC50 values for the mixture and other compounds were calculated by SigmaPlot 12.0 software.

Quinoline and its derivatives have received considerable attention because of their potential activities such as anticancer (1-9), anti-inflammatory (10-12), anti-oxidant, and other biological activities (13-17).

The main aims of this research were to investigate the cytotoxicity effect of some quinoline derivatives against cancer cell line and to demonstrate the possibility of the toxicity control of such molecules by functionalization methods in a reaction route.

In vitro cytotoxicity study by MTT assay (22): Caco-2 cells (human epithelial colorectal carcinoma cells) were cultured in a medium consisting of RPMI-1640, Dulbecco’s modified Eagle medium (DMEM), heat-inactivated fetal bovine serum (FBS), and penicillin-streptomycin in a ratio of 50:34:15:1 at 37°C in a humidified incubator with 5% CO2. Stock solutions of the test compounds were prepared in DMSO solvent and diluted 100 folds with the culture medium. The cells were seeded in 96-well transparent plates at 10,000 cells per well. After 24 hours, the old medium was removed and Caco-2 cells were exposed to the test compounds at concentrations ranging from 0.1 - 1000 µg/mL. After 48 houres incubation, 20 µL of MTT solution (5 mg/mL) was added to each well of the plates and the plates were then maintained in incubator. After 4 hours, 100 µL DMSO solvent was added to each well to dissolve the purple formazan crystals and then the plates were read on a Synergy HT Microplate Reader (Bio-Tek Instruments, Winooski, VT) at 570 nm with the reference wavelength at 690 nm. The IC50 values were calculated by SigmaPlot 12.0 software. We have previously reported the synthesis and characterization of some quinoline derivatives (Figure 2) (21). Copyright © 2017, Journal of Archives in Military Medicine. This is an open-access article distributed under the terms of the Creative Commons Attribution-NonCommercial 4.0 International License (http://creativecommons.org/licenses/by-nc/4.0/) which permits copy and redistribute the material just in noncommercial usages, provided the original work is properly cited.
download pdf 247.02 KB Get Permission (article level) Import into EndNote Import into BibTex
Number of Comments: 0