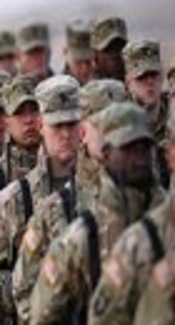 People with various mental and physical features show different favorites to colors. The relationship between individual features of humans and their propensities to circumstantiality of color have been evaluated in psychological discussions. According to the generality of concept of temperament and covering physical and mental features of people, it seems that a significant relationship can be obtained between temperamental difference of people and their propensities to circumstantiality of color.

Temperaments of 100 visitors to traditional medicine clinics at Tehran University were identified by the method of doctor checkup and temperament-assessment questionnaire. Their propensities to 3 components of coldness and warmth of colors, light and darkness of color, and contrast or uniformity in the arrangement of colors next to each other in both fields of colors selection and spaces selection with different tonality were obtained by the questionnaire of assessment of temperament

Humans with different spiritual, physical, and behavioral features show various propensities to physical components of the environment. One of the most important and effective environmental components is color. In all non-verbal forms and communications, color is one of the quickest methods of transmission of messages and meanings. Among types of messages, color is strongly in communication with all human feelings (1). Temperament is one of the main concepts of medical doctrine of Iranians traditional medicine which includes temper and physical characteristics of each person and provides a systematic division of humans based on indexes of coldness, warmth, wetness, and dryness (2). Temperament is specified based on different indexes such as physique, touch, sleep, hair, fecal material from the body, and more (3). Due to the fact that ignoring effect of users’ temperament in determination of their favorite color has led to lack of people’s fixation and satisfaction from many of their used environmental spaces, the effect of human’s temperament on propensity to color circumstantiality has been considered. This research is trying to find the relationship between human’s temperamental differences and propensity to color circumstantiality as an environmental component. The world that we observe has been formed from 2 important visual elements of form and color, which are both correlative to each other. Each creature that is seen first is felt in terms of form and size and then is considered while it has a coverage of color (4). The amount of attraction and repulsion is different for people. In modern psychology, colors are considered as one of the criteria of evaluation of personality due to the fact that each one of them makes a specific spiritual and physical effect in a person (5). Environmental psychologists and chromatics believe that people’s propensities about colors will partly be related to their personality. Interest in colors can change during the time that shows changes. The component of color has different characters, that in this research 3 factors of bold and the pale degree, coldness and warmth of color and way of placing them beside each other are evaluated. Boldness and the pallor indicate the blackness and white or in other words lightness and darkness of it (6). Division of cold and warm colors is based on the wavelength. Cold colors has a lower wavelength than the warm colors, creates relaxing space, are thought-provoking, and inducer of cold due to the fact that the source of their creation in the nature is water, ice, and moonlight. The blue color is the main representative of the cold colors. Warm colors have more wavelength than the cold colors, create more exciting space, and are inducers of warmth (7). Another property that can be evaluated about peoples’ propensity to colors is the way of placing beside each other. Colors can be placed beside each other in a same color spectrum and arranged in conflict with each other. When it is spoken about colors harmony, usually the judge is formed on the mutual effect and operation of 2 or more numbers of color. Different experiences and experiments regarding mental correspondence of colors show that people have different points of view about the harmony or disharmony of colors. Often in people’s opinion, the harmonious colors are those that are from a family or show off with the same parade while diversity or colors are placed beside each other without conflict. Generally, the topic of harmony or disharmony is only in relation to human feelings that is propounded as to be desirable or not and attractive or not (4). Furthermore, it should be noted that the selected color is used for which product and in which place (8).

The temperament-identification questionnaire includes 32 questions that was prepared in 4 parts of 8 questions and each part has measured as: 1 of parameters of coldness-warmth, wetness, and dryness. The questionnaire of determination of person’s propensity to circumstantiality of color including components of coldness and warmth of color, lightness and darkness of color, and also contrast or uniformity in the arrangement of colors next to each other. According to the issue that people’s interests in colors may be affected by way of using color, for more accurate and more operational evaluation, these concepts were asked in this questionnaire in 2 different fields, first without considering usage and status of using colors and second about architectural spaces. Questions of the questionnaire included 17 questions related to color preferences, where 7 questions that had been designed about propensity to color without considering its usage and 10 questions had been designed in the field of architecural spaces.

Data of both questionnaires were analyzed by BMI SPSS 22 software and significance and type of relationship between the intended components were tested. The significance level was considered α < 0.05.

In total, 100 people with same temperamental distribution (25 people of each one of synthetic temperaments), an age average of 27 years old, and with a gender of 42% male and 57% female completed the questionnaire. Differences were obtained significant between selection of 4 temperamental group regarding coldness and warmth of color spectrum as well as darkness and lightness of color in 2 fields of single-color and colorful spaces; however, regarding the component of contrast or uniformity in the arrangement of colors next to each other, no significant differnce was obtained among selection of people with various temperaments.

3.1. Component of Darkness and Lightness of Color

P (significance level) was obtained significant for wetness-dryness component and was specified with *.

3.2. Component of Coldness and Warmth of Color Spectrum

P (significance level) was obtained significant for wetness-dryness component and was specified with *.

3.3. Component of Contrast in the Arrangement of Colors Next to Each Other

Table 1. Comparison of Propensity of Warm and Cold Temperaments and Dry and Wet Temperaments to Quality of Coldness and Warmth of Colora

aP (significance level) was not obtained significant for any one of components.

4.1. Component of Darkness and Lightness of Color

Life, flexibility, and vitality are features of the wet temperaments while people with dry temperament accept laws more and are more invincible (9, 10). In this regard, it seems that people’s propensity with wet and dry temperaments to darkness and lightness of colors is in line with their temperamental features. Psychologists believe that there is a relationship between physical needs of body and selection of light or dark colors (6).

4.2. Component of Coldness and Warmth of Color Spectrum

Human discriminates a temperature by observation of colors. It's an instinctive feeling that has been hidden in the humans’ existence and enabled him to feel coldness and warmth by the help of colors. The experience has proven that humans can feel 7 grades of heat or cold at his workplace by his feeling. In a workshop that its color is blue or green and has 15 grades of temperature, a temperature is felt and another workshop that has been painted red or orange and has temperature of 11 to 13 grade, the same temperature is perceived. Therefore it becomes clear that cold colors such as green and blue reduce temperature and warm colors such as red and orange increases heat (5).

According to the issue that humans move in line to reach to inner balance, it seems that people with warm temperament who have the heat of temperament from inside and are basically sensitive to heat, have more propensity to a space with cold tonality that leads to feel more coolness. In this regard, people’s propensity with cold temperament is to spaces with warm color spectrum. In the selection of space, due to the person who imagines himself in a setting of high volume of color, he prefers to select a color complementary to his temperament and in line with balancing his inner status. In view of traditional medicine, health means balancing the temperament and whatever the temperament to become closer to the balance point, the feeling of spiritual and physical health will become more (11, 12). The obtained results in this part are in line with results of psychologists’ experiments. Psychologist doctors found that as in the Korangi test, people can be divided into 2 groups of sensitive to warm and cold colors. Furthermore, it can be accepted that visual and conceptual apparatus of a group of people, amount of warm colors, and on another group amount of cold colors will be more. It seems in this way that people who are more sensitive to warm colors have extroverted personality and strong emotions and vice versa people who are more sensitive or cold colors have introverted personality (7). Relationship Between Tendency to Colors and Temperaments Relationship Between Tendency to Colored Space and Temperaments

Generally it can be said that people’s temperaments have a significant relationship with their selective color. However selecting a character of color for people can be affected by several factors. Individual experiences, gender factors, culture, age, and special mental conditions such as depression or passion can be effective on selecting the favorite color or environmental color. Due to the fact that the principle of the present research has been founded on human’s physical and mental indexes, the process is passed according to involved factors and the obtained results are not definitely. Morals and moods of humans are placed in a range as well as spectrum and gradual change of some temperamental features is possible based on an increase of age and changing the environmental conditions. According to the thin border between the 4 temperaments, the accurate temperamental division of people seems difficult and requires the high accuracy. However relying on the passed way, the temperament-assessment of users, and evaluation of their propensities, it seems that the obtained results to be extensible. Familiarity with this principle helps designers to pay attention to humans’ differences with each other in designing architectural spaces and urban bodies. It can also be used in designing important workplaces like military rooms for improving work efficiency. In the case of not knowing these differences, the architect considers his conditions and spiritual propensities as the basis in designing. According to quick change of time and stability of propensities as well as the general mental and physical needs of a human, it seems that it is necessary for urban designers and architects to become familiar with temperamental principles, which include physical and spiritual conditions of users of spaces to be respected anthropological principles along with modernity of methods and building tools.

The temperamental rooting of propensity to color has not been conducted yet. Due to the fact that the basis of resulted principle has been founded on mental and physical condition of humans, it can be effective on the world styles of architecture as a human-based principle. It is obvious that by not complying with physical principles, based on anthropological indexes, certainly a responder and relaxing space will be not designed for human’s living.

Copyright © 2017, Journal of Archives in Military Medicine. This is an open-access article distributed under the terms of the Creative Commons Attribution-NonCommercial 4.0 International License (http://creativecommons.org/licenses/by-nc/4.0/) which permits copy and redistribute the material just in noncommercial usages, provided the original work is properly cited.
download pdf 525.34 KB Get Permission (article level) Import into EndNote Import into BibTex
Number of Comments: 0